CHOTU elephant was studying in third class in Champakvan Public School. He was intelligent and a good student too. Chotu’s parents were employed and, therefore, he was assigned to the care of an ‘ayah’.

One day Chotu had suddenly fallen ill. He could not go to school. As he was suffering from a viral fever and bedridden, his parents were worried about him. So both the parents had taken leave to be beside him. Chotu was their only child and they loved him very much. After three days, Chotu recovered from his illness and started going to school as usual.

But after a few months, Chotu had again fallen ill, with high temperature. This had caused concern to his parents who had again taken leave from their work and attended on him. This time the fever had subsisted for a week, making Chotu very weak. It took another week for him to recoup, where after he had started attending the school.

Though the doctor had advised Chotu not to strain himself much for some time, he had obtained the notes from his classmates and started copying them down day and night, as he had missed the classes for quite a time. He also studied hard to make up with the lost lessons, with the ‘ayah’ feeding him beverages regularly to beat the strain.

For a couple of months Chotu was all right, and his parents went on with their routine. However, thereafter Chotu started falling ill quite frequently, forcing one or both of his parents to take leave and to remain at home to take care of him.

This went on for a few months. His parents were now worried lest it might lead to chronic illness and disturb his studies. So, they decided to consult a specialist and to have the boy a thorough health check-up.

Doctor Bitto, the bear, was a children’s specialist. He was an old hand with lots of experience. Bitto thoroughly examined Chotu and prescribed some clinical tests too. He had then declared Chotu to be quite normal in health. He had, however, advised him not to play in the cold outside as a precaution. He had also suggested certain changes in his diet.

All the same, Chotu did not stop falling ill often, at least for a day or two. The doctor was perplexed to find no cause for the boy’s frequent bouts of illness.

So Chotu was once again taken to Doctor Bitto for consultation and medical check up. Bitto bear had subjected Chotu to thorough examination. He found him to be quite hale and healthy.

Bitto bear pondered over the case and had decided to study deep into it. Firstly, he had a session with Chotu’s parents. He had questioned them closely about the daily routine and the habits, etc. of theirs and Chotu.

Thereafter, he talked separately to Chotu. He asked him about his studies, play, his daily routine, his friends, teachers, parents, ‘ayah’ – everyone. He found out that Chotu was not only a normal affable child, but also a brilliant student.

Finally, Doctor Bitto put a pointed question to Chotu – “Now, tell me, dear Chotu! Why have you been feigning illness, of late?”

The sudden and unexpected query by the doctor caught Chotu unawares. He did not know how to react.

“You are a good boy and a brilliant student, Chotu, getting top grades in all the subjects, and ever-willing to go to school,” continued Bitto. “Yet, you have chosen to play the illness game, befooling your parents. But why? I shall not reveal it to anyone, even to your parents … if you tell me the truth. I shall also buy you a crate of ice-cream”.

Now, whether he was lured by the offer of ice cream, or enticed by the friendly attitude of the doctor, Chotu came out reluctantly, though. Bitto listened in silence and with awe as Chotu admitted to faking illness and told him of the reasons for it.

At the end, there was a big grin on the lips of Bitto bear. He quite appreciated the truthfulness of Chotu and patted him. As promised, he got him a crate of ice cream.

Later in the day, Bitto bear met Chotu’s parents and talked to them at length. They were stunned at what he had told them.

Chotu’s mom and dad would go to work, leaving him to the care of the ‘ayah’. They would leave home early in the morning and return late in the night. So Chotu was quite missing them. He had to contend with playing with his friends and getting fed by the ‘ayah’. In his heart of hearts, he nurtured a strong wish to be in the company of his parents…to be fed by his mom…to eat in the company of his parents. It was possible only on the weekends, but then he would find no time to play with them, as he would be burdened by lots of homework given by the teachers. This had started making him very unhappy.

Meanwhile, his long illness came in two spells, when both his parents were by his side showing concern and comforting him. This had made him immensely happy as they showered lots of love and affection on him during the period. He aspired for more and more such occasions. He realized that only his illness would draw them to him. So he had started playing the illness game quite often!

Bitto bear counseled them: “Chotu is a good and healthy child. As any other child of his age would, he too wants to spend time in the company of his dear parents. He badly needs your personal attention and care either in his eating, studies or play. It is but natural. So my sincere advice to both of you is that – try to cut down on your other activities and spend more time with your dear child, instead of leaving him to the care of ‘ayah’ all the time. And it should be a quality time, mind you … In fact, all the parents should realize this…If you follow my advice sincerely, I am sure Chotu will never fake any illness again. You will find a sea of change in his personality too”.

Soon there was a change in the daily routine at Chotu’s house, with his parents availing of every opportunity to spending more and more time and playing with him. So Chotu’s bouts of fake illness stopped and he grew to be more active and healthy – both physically and mentally. He also emerged as the best student at school. 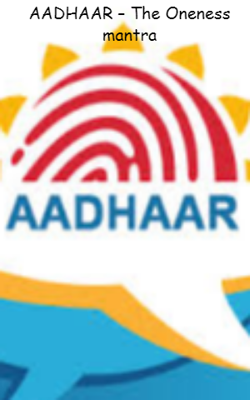