He got up from his seat to put a coin in the jukebox.

"Not Ben King again please." She implored with a smile.

He went up and put in a coin to play Way Over Yonder. As the female King’s mellifluous voice started singing, he came back with a grin on his face to sit down.

It was a lovely afternoon. The rains outside seemed as if they’d never stop. They were sitting opposite each other in the cafe and not side by side. They never liked sitting that way. It’s so important to be able to see each other clearly, they both agreed. The cafe brought back such happy memories. As they sat sipping on their black tea and espresso, the cheese sandwiches and fish fingers lay untouched. So much of talking interspersed with laughter and those pauses when they’d look at each other and quickly look away. Neither wanted to go there again.

She looked as if not a day had passed. Her smile still went right to her eyes. Every time. Without fail. He always felt happy being with her. It was the same today. After all these years. He, on the other hand, had aged. Sideburns were more salt than pepper. His hair was also thinning. But his youthful smile was still intact and she loved that about him. Like always, she felt relaxed and safe with him.

They stood out from the other couples in the cafe who were mostly younger than them. But they had an intensity and a presence which could hardly be ignored. Even the waiters, it seemed, didn’t want to come in their way. They spoke, they laughed, they argued, absolutely lost in each other.

He kept looking straight at her all along. There was a soft smile that swept across this face all the while. She looked at him sometimes, her eyes twinkling whenever they met his, otherwise her gaze went all over the cafe. She was taking in the atmosphere and the moment as much as she could. She felt alive with him in the cafe. She was savoring every moment of it.

"The movie was lovely. It felt so nice to be in a single screen after all these years." He said, taking a sip of his black tea.

"Oh yes, it was fun. The same uncomfortable seats and that smelly popcorn. Just seemed like old times." She agreed.

"Kids these days can never enjoy movies the way we did." He said, clasping her hands for the first time that afternoon.

She didn’t try and free her hands, nor did she clasp them back. For a moment she simply froze.

'It’s been such a lovely day. The visit to college, then the movie and now here. It seems like not a day has passed. I can’t tell you how happy I am.' He was saying these words in his mind, trying to put them in a coherent sentence when he got disturbed by a loud message beep from her phone.

'Mamma, come home as soon as you can. Papa doesn’t know anything about the house. Where are you? When will you be back?'

She read the message, smiled and showed it to him. It was as if he’d been rudely woken up from his dream. Outside the cafe, the rain showed no sign of stopping.

"He is so clueless about the house, you know, sometimes I wonder what he’d do without me," She smiled wearily as she spoke. He didn’t fail to notice the obvious affection and care in her tone.

"I can understand", he replied dispassionately. He was now coming to terms with the real world after nearly a whole day of dream-like existence.

"You must go if you’re getting late", his heart broke as he uttered these words.

"Yes, I’ve booked an Uber", she said, her eyes fixed on her phone all the while. "It’s nearly here".

He paid the bill.

"We were to split like old times", she tried to protest, but he didn’t listen to her. With a swift movement of his hands, he snatched the bill and paid it to the waiter asking him to go.

"As always", she looked at him, shaking her head slightly in mock anger. "Some things never change, do they?", she admonished him, ruffling his hair as she spoke.

She gave him a tight hug as they got up. Her eyes were shut, as she drew a deep breath inside to take in as much of the moment as she could.

"You take care and stay well", she said, looking at him for the first time the way he had looked at her the whole day.

He kept standing there as the cab started driving away. The pouring August rain drenched him to the skin but he didn’t care. After a whole day’s feeling of time standing still, he finally felt that gap of 19 years which separated them, once again, as the Uber disappeared from his sight. He turned around and started walking till he got lost in the sea of people. 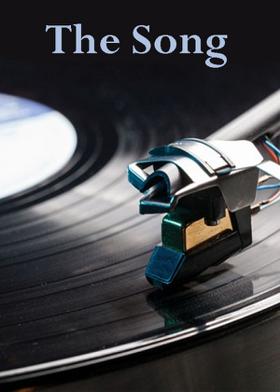