It was that day of week he eagerly looked forward to. The day his whole family and domestic help would assemble in the tv room at 8 pm sharp. All chores were either finished or stalled for those 30 minutes. After all it was Chitrahaar.

Everyone had their marked places to sit. To get a best view of their favourite songs that would be shown. Everyone liked it for different reasons. Some hoped there’d be more of Amitabh over Rajesh. Some wished they showed a few new songs of Sunny and Jackie. The oldies pined for at least one song of Dilip or Raj. Kishore Lata Rafi Asha were the common factors. Everyone loved Chitrahaar for their own reasons.

He too saw Chitrahaar. His reason however was slightly different.

He would dutifully sit with the rest and start watching it and then quietly slink away after the first song to his parents bedroom and get on to the phone with her. That bright red instrument seemed like the sweetest thing to him that moment when his fingers dialled the 6-digit number that was engraved in his soul. The moment he would hear her sweet hello his whole world would light up. Nothing could be better than that hello.

They had met around six months ago. It was at a wedding. His cousin was getting married to her elder sister. For him it had been love at first sight. The moment he saw her, with the rest of her family during the talks for the wedding he was hopelessly besotted. And then during one gathering she sang a couple of songs. There was no stopping him now. He had fallen in love.

It was a strange feeling. Something he had not experienced ever before. A tinge of melancholia laced his “always happy and exhilarated” frame of mind. He couldn’t make sense of why he felt the way he did. But he knew this was love.

During one such family gathering he spoke to her. They exchanged phone numbers and that was it. She was the one who suggested the day and time. Everyone is busy at my place, gawking in front of the tv watching Chitrahaar. It’s the best time to talk without interruptions, she suggested. At mine too, he happily agreed.

They spoke of anything and everything under the sun. Or actually she spoke. He just listened. Mesmerised. Sometimes he too would speak but it was mainly to ask her to sing. He simply loved her voice. Sometimes she would comply and sometimes not. They can hear me if I sing now, the ad breaks are on, she would justify. But the times when she sang Kya Yehi Pyar Hai to him in whispered tones, would be the best moments of Chitrahaar for him. Nothing could be more beautiful than that to him. He knew his whole week would go great.

They hardly met except for family gatherings. On these occasions they did talk to each other. But in a measured, careful manner. They did not want to seem over friendly and kept their conversations politely short. Because they were both still in high school meeting out was not much of an option. Her parents still kept a close watch on her movements.

His heart was pounding like always, as he dialled her number. On lucky days he would get through on the first attempt. Usually it took 3-4 times before connection was established. Today he was lucky. Almost immediately the phone began to ring. However she didn’t pick up. Normally it just took two rings for her to pick the phone up. She’d be waiting by the phone waiting for him to call. He dialled again. And yet again. But the phone just kept on ringing. Finally after maybe the fourth attempt it was picked up. Her mum answered. He quietly disconnected without uttering a word.

There was silence for the whole of next week. He wondered what had happened. This was a situation he hadn’t faced before. He called. She answered. They spoke. It had always been that simple. He did not know how to find out what had gone wrong this time. Maybe she wasn’t home, he reasoned. And yet somehow, he wasn’t convinced.

He spent the next seven days in a curious mix of sadness and apprehension. He was really curious to know why she didn’t pick up the phone but even more than that he was missing talking to her. Am going to be cross with her, maybe even have a mock fight with her, he consoled himself. He was also trying to guess what her response and defense would be for missing the call. He was dying to talk to her.

But the calls stopped. For the next three weeks he kept on calling and she did not pick up. It was either her mum or dad who picked up, only for him to hurriedly hang up the line. He started to panic. He desperately wanted to find out what had gone wrong. In that period they met just once during a family get together and there too they hardly spoke. She sat glued to her mum the whole time. She sang as always, when asked by the elders, but even whilst singing she didn’t look at him even once. There was an air of cold indifference about her demeanour which he just could not understand. Talk to me, please talk to me, he cried out loud in his mind.

It was Friday that day. He was it with his friends for a birthday party of one of his classmates. They had all gathered at the new sandwich parlour opened right next to the Metro Cinema. Ever since the places had opened he’d been wanting to go there. Take her with him. But here he was with his friends. They had all saved their pocked money for nearly a month to come here. He was eager to check the place out. He loved the decor of the place, classic film posters pasted all over the walls. The table mats and coasters too were of well known films. And the chicken and cheese grilled sandwiches served with home fries were to die for. She would absolutely love it here, he smiled, hoping he would be able to talk to her again soon.

His mind wandered again, as his friends were all laughing and enjoying. Maybe her mother had found out about them and put an embargo on her phone calls. Maybe...he kept thinking.

They had finished their meals and were out of cafe when one friend suggested they go for an evening show. One day we’ve been allowed out, let’s make the most of it, the friend reasoned. They all stood there debating whether they should go for the movie or not, when he heard that familiar laugh. He could hear that angelic laughter from a million miles. His heart skipped a beat as he turned around towards the direction the laughter came from. In a matter of seconds his mind rehearsed what he would say to her parents and to her when they came face to face with him there, outside the movie theatre.

As he turned around, he saw her. She was laughing but along with her were not her parents. She was with a guy who seemed a few years older to them. He was over six feet tall, well built and wore sunglasses. He looked on in disbelief as the two of them, their arms entwined, were looking at each other lovingly, laughing away, oblivious to the world. His friends, now deciding to go for the movie were yanking at his arm pulling him towards the movie theatre, as his head was still turned towards the couple walking away towards a car parked nearby. His world was shattered. That evening as they call sat in the dark theatre, he cried uncontrollably. It was his first heartbreak.

The funny thing about memories is that at times they leave us in an uncertain zone, where we don’t know if they make us happy or sad. He got up from his couch gingerly. His backache was getting worse as the years advanced. He looked at his mobile phone which flashed 7 missed calls from his wife. He didn’t know when, lost in his thoughts, he had dozed off. He knew he was late for the movie date he had with his better half. As he left the room to change into a new shirt, the documentary “Golden Days - A look back at Chitrahaar and other classics on DD” kept on playing on the television. 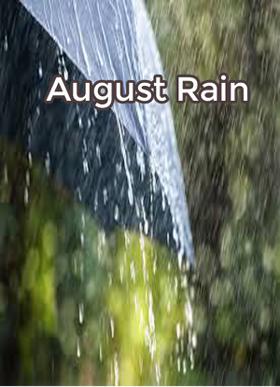 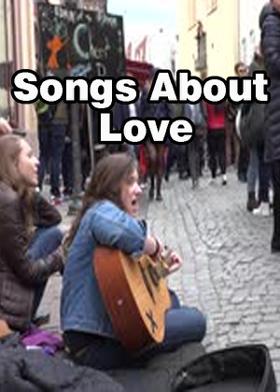