Arrogance comes before the fall!

Arrogance comes before the fall!

It was harvest time of Litchis in Muzaffapur. Mr. Rakesh Darbari, the famous politician who belonged to an upper caste generation old political family from Uttar Pradesh, was once again visiting his native place. Like most politicians from Uttar Pradesh, kept caste closer to their chest than their briefs. Rakesh had grown to expand his political turf through muscle power. He had grown ferociously arrogant of his lineage and identity. He travelled from Delhi to Muzaffapur by car, along with his own set of trusted henchmen and security guards.

Most of you may be thinking that being important implied being surrounded by security guards. Well, this was not what it actually was. Rakesh used to intimidate people by having men with muscle strength around him. He felt it as an assurance. Although, there was no threat to him, and the honest fact remained that he was actually the threat to others. Incidentally, he was also accompanied by his housewife, Nirmala and five year old son, Raju.

The ancestral haveli of the Darbari family was situated in the outskirts of Muzaffapur town. It was surrounded by litchi and mango orchards. The orchards were being looked after by Dr. Rahul Darbari, the uncle of Rakesh, who incidentally was a botanist and was always termed as an outcast since he chose to follow his love with botany and not with the family tradition of politics. Although the same blood ran through the veins of Dr. Rahul, he was different. He was a kind man, who looked after the downtrodden and the needy. He didn’t believe in the caste system, and the anarchy played in the name of religion. He was condemned to live in the outhouse of the haveli where he shared his residence with the families of the two gardeners who looked after the orchards. He was a bachelor who lived for others.

Rakesh was a pompous individual. He was planning to raise his son to be a more ferocious and devilish individual than what he could himself imagine. He would encourage the child to be cruel. He would ask Raju to throw stones at birds and maim street dogs with stones. He was planning to make Raju the devil incarnate. He also made sure that whatever Raju wanted, he would get. Raju was slowly imbibing the cruelty and the inhuman qualities of the devil.

It was a late afternoon, when Raju started to play cricket in the courtyard of the haveli. Some of the henchmen were busy keeping an eye on him. Rakesh and his wife Nirmala were inside the haveli relaxing and Dr. Rahul was busy making some tea in the outhouse. Raju was batting and one of the henchman Devendra was bowling underarm to him. Not far from the courtyard was Kasim and Sushil, the gardeners’ sons, who were watching the proceedings. They were watching excitedly, although they would have given their lives to get to touch the bat Raju was using, they didn’t dare proceed further since after all they were lower caste people who would not dare mingle with the higher caste children. It was now one the henchman’s turn to bat and Raju was bowling. But, as fate had it, the ball exploded of the pitch and nicked the bat and it looped away from the courtyard and into the litchi orchard, it fell. Two of the henchmen and Raju went into the orchard in search of it. Kasim and Sushil went in search of the lost cricket ball, too. The orchard was large. It had blossoming red litchis on the trees and on the ground. They were sure to get confused as the colour of the litchis and the ball were almost the same colour.

The two henchmen who were also searching the ball, were named Devendra and Dharmesh. They were around six feet tall, and hefty. Although they were supposed to look after Raju they started eating the ripe litchis by plucking them from the trees. They had lost interest in finding the ball. Kasim and Sushil were watching their master’s nephew’s son, then approached Raju, who ordered them saying, “Let's play hide and seek!”

Kasim, who was seven, and Sushil six, suddenly knew they had fallen into trouble. The reason because they would not be able to obey Raju, neither could they now deny his whims and fancies. But just like innocent children they suddenly forgot their caste, creed and religion and consented willingly. They started playing hide and seek. Raju was to act as the thief and hide while Kasim and Sushil were supposed to play the role of the police personnel. Raju ran at will to hide but soon Kasim and Sushil would locate him in no time. Raju started running around in the orchard and soon became tired and thirsty. Now he remembered that he had seen Devendra and Dharmesh devouring litchis at will, so he too started plucking them and eating them. He had gobbled two and was devouring another one when Kasim located him.

Kasim said to Raju, “Master Raju, do not eat these litchi, in empty stomach they turn poisonous!”

Kasim again interjected faintly saying, “Master, Sirji Rahul has said to us not to eat them in empty stomach they turn poisonous!”

Raju shouted, “This is my father’s orchard. I own everything that is grown here! Who are you to stop me from eating what I want and when I want. I love these litchis. I will have them.” And then stamped his feet.

Sushil, who knew that Birju, their neighbor’s son, had passed away by eating litchi, had also arrived by then.

Sushil fell on the feet of Raju and begged, “Please don’t eat these litchi in empty stomach they turn poisonous for children like us!”

“Children like us!”, shouted back angry Raju. “Bloody lower caste bastards! I am not a child like you fellows!”, Raju retorted back. He kicked Sushil. Then he angrily went out to spit out the empty litchi seed from his mouth on his right palm and then he threw that towards Kasim. The seed barely missed the two afraid boys who were now running for their lives as Devendra and Dharmesh had arrived at the scene. They, without knowing why Raju was shouting, started throwing stones at them and cursing them.

The two boys ran to barely escape from the henchmen and hid in the mango orchard. The stampeding henchmen arrived to report this to Rakesh and his wife. Dharmesh said, “Rahulji and the gardeners sons are forbidding your son to eat litchis from your orchard. I have although given Raju some plucked red litchis myself to eat!”

Rakesh, ignorant and arrogant as he was, was planning to throw his uncle out of the outhouse. That night Raju fell sick and didn’t eat anything. It was around 11 at night when Kasim and Sushil crept inside the outhouse. When Dr. Darbari confronted them, they broke down and related the entire incident. Dr.Darbari, aware what might happen next to Rakesh’s son, went to find Rakesh.

Rakesh, instead of listening, charged his uncle saying, “You keep your bastard gardener’s sons away from my son! They have asked my son not to eat litchis. How dare they do that?”

Nirmala, sensing trouble, tried to calm Rakesh. Rakesh shouted, “Bitch stop defending him!” Then he locked her in one of the rooms.

Dr. Darbari, who arrived soon, had spoken with a commanding voice yet quivering tone saying, “I know Rakesh that you are against me! But you are not against me, but rather stand against my principals and idealism. I hope you do not lose your son through poisoning. Since eating litchis in empty stomach by children turns fatal sometimes.”

But sadly Rakesh was in no mood to relent or listen. He was so angry that he caught hold of his uncle’s collar and threw him out and out fell the glucose packet that Dr. Darbari was holding in his hand.

Dr. Darbari shouted back, “You and your ignorant guards have no idea of the fact, that children of Muzaffarpur die of poisoning if they eat too much litchis in empty stomach and skip their evening meals. This is particularly so in the case of young children as they have limited hepatic glycogen reserves. Bloody hell, Hypoglycin A and methylenecyclopropylglycine (MCPG), which are naturally present in litchi fruit, make the condition worse. The toxins block enzymes involved in normal glucose metabolism and this results in an inability to synthesis glucose leading to acutely low level of blood sugar which causes build-up of other metabolic by-products that could also have an adverse effect (encephalopathy) on the child. These two cause death in many children. I wish you to give this glucose to your son to save his life!”

Arrogance took the upper hand and this warning fell in deaf ears. Rakesh went inside the haveli and attended his son whose condition was deteriorating fast. But Rakesh asked Raju, “How to do feel? I gave my uncle a dose of his medicine. He says you might not live to see the light of the day tomorrow? What bullshit! He doesn’t know you are my son! He doesn’t know what blood runs into your veins!”

Dr. Darbari, with tears in his eyes, had howled outside, “I had warned you father against keeping litchi orchards unguarded, so that the children of the under privileged locality do not eat them out of hunger and die. He had wanted other people’s children to die so that they would put the blame on me. Unfortunately I had a tough time to educate these uneducated masses. Now wait and see if your late father’s actions have actually killed his grandson! Blood will be in our hands, I guess!”

Then, defeated, he went away into the outhouse. Then he picked up the beer and started drinking it and soon as the night progressed he fell asleep!

So did the drunk Rakesh and his henchmen. The only two persons who were awake were the captive Nirmala and Raju. Nirmala was crying, not knowing what was happening outside. Poor Raju was so sick that he was sobbing out of pain but sadly there was no one to listen to him.

When they found Raju in the morning, he had had a seizure and then had collapsed into a coma. The red litchi orchard was appearing to be dripping blood. The doctor who arrived then had arrived a bit too late to save the arrogant nauseating child. He opined that Dr. Darbari had correctly diagnosed the situation and had the glucose been administered to the child he might have been saved.

I guess all the arrogance, money power, and pride had belittled the efforts of the two young children Kasim and Sushil from saving their master’s nephew’s son. I guess it was nature’s wrath against human arrogance of the devil incarnate. 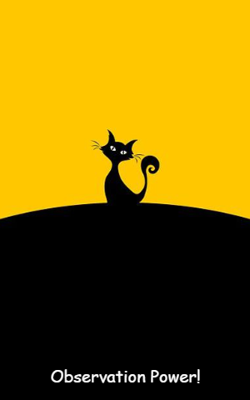