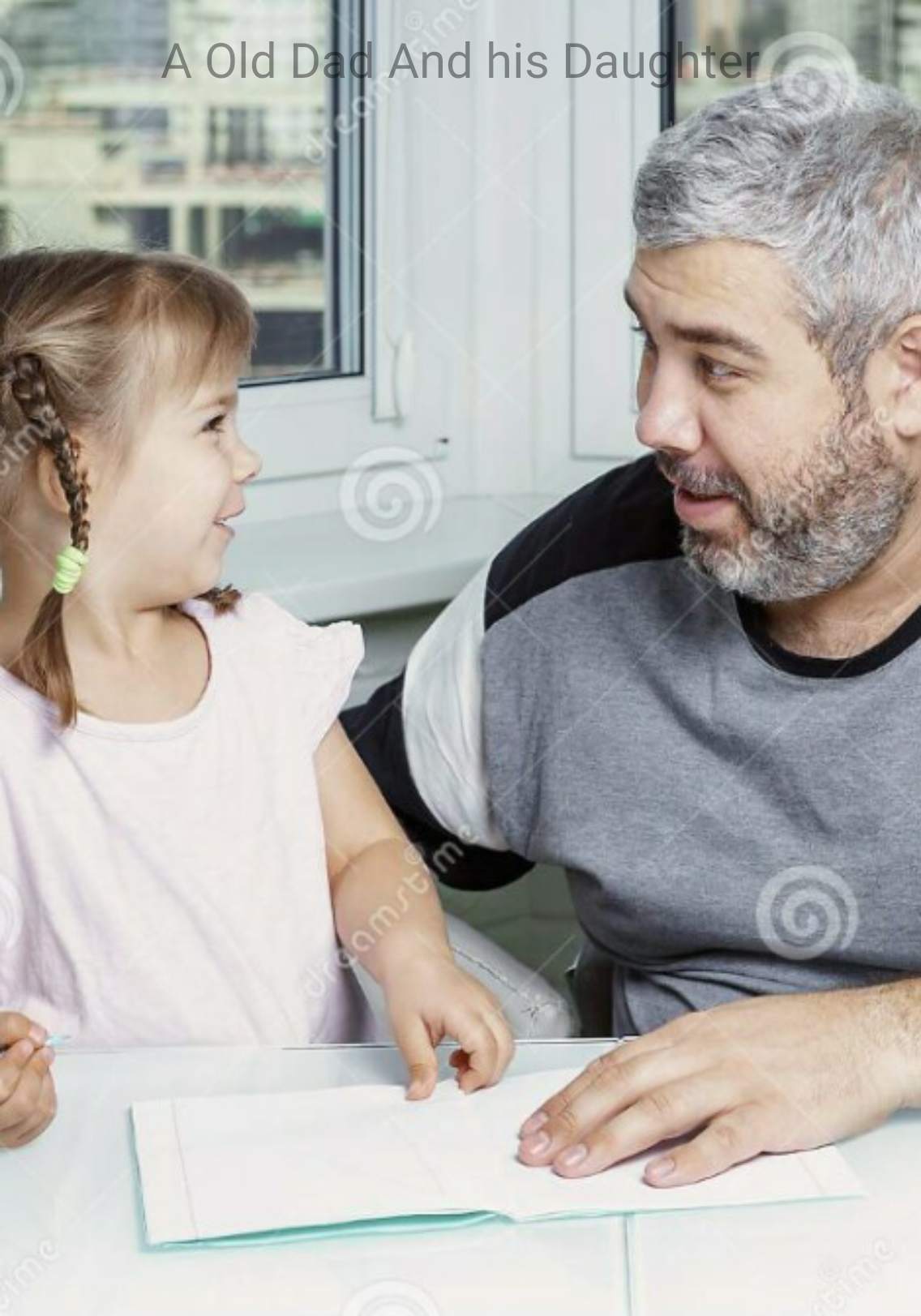 A Old Dad And His Daughter

A Old Dad And His Daughter

Once upon a time there lived a man named Steve with his daughter named Ela Steve looked like he was in his early 50's but reality was Steve had rare condition which made him look twice his age. When Ela was young she loved her dad she always spent time with her dad but it all ended when she was in middle school. She asked her dad to stop dropping her and picking her up and she will just take the bus. The dad asked why she wanted to take the bus instead of the car Ela replied that she was grown-up and she wanted to spend more time with her friends the dad hesitated at first but he agreed.

From then on Ela took the bus one day her dad thought to surprise her and give her a visit at school when he shouted Ela, she was with her friends, her friends asked her if he was his grand father Ela replied yes he is my grand father and went to her dad. Steve expected Ela to be happy but she was mad at her dad. They both were silent on the way home. Then Steve asked Ela why was she acting so rude Ela burst out shouting at her dad how he was embarrassing her in front of her friends because of how old he was.

Steve broke into tears and told her that you should never be ashamed of your parents because they are old Ela did not want to hear it and stormed up to her room at and rarely talked to her dad and one day in her she found her love of her life and married him. After one year she had a beautiful baby boy named James. But something was wrong with him. He looked a lot older than his age. When Ela knew that her kid has the same condition as her dad, she felt sorry how she treated her dad but kept quiet.

When James started middle school he was bullied a lot because he looked a lot older than his age when James came crying home his mom asked what happened son why are you crying he told he was ashamed of his age and what happened in the school, Ela told James you should never be ashamed of your looks or age. Ela realised this was the exact same line what her dad told but it was too late to say sorry to her dad. From then Ela regrets how she treated her father.

Moral - never be ashamed of your looks or age.