A hitch in my breath.

A hitch in my breath.

Keshav didn't really know what it was that drove him to look at the blinking lights in the sky so venerate-fully, he never really found out if it was because of their surreal nature or if it was of his own inability to look away from something that seemed so out of this world. He loved the sky, most of his family and friends knew he did but what they didn't know was that, he truly really loved the night sky and it's charming ethereal stars.

His mother used to say that stars were the souls of people long dead and now they are all up in the sky looking down on their loved ones, making sure that all of them are alright. He didn't really believe her, he didn't want to. How could something so outreaching could be connected to them? He would like to believe that theses stars were something else, something out of reach of humans, peoples. People dirty whatever they touch, he didn't want to associate stars with that. They would lose their charm, if he did.

He took a breath of fresh air, his lungs filling in and let it all out. He was feeling agitated today for some reason, he didn't know why but he was very much restless. He fidgeted with the grass for a bit but nothing was calming him down tonight. Not even his beloved stars. Something was bubbling in him for a few days, he was trying to repress it but it was not going away. He gave up on his stargazing with a anxious sigh and got up from the ground.

He turned around when his name was called and smiled at the dark skinned girl walking towards him, his own smile and features were reflected on her face. She reached him and ruffled his hair in affection. He felt his heart swell and hurt at the action. It was all very bittersweet.

"Hiding away again?Hmmm? You little troublemaker" she said with a small smile on her lovely heart shaped face, although her words were chiding her voice remained fond. He grinned at her and he felt his eyes prickle for a bit but he gritted his teeth at the onslaught of nostalgia and sadness. He took a breath and gave her a smaller, more real smile.

"Hiding from you? Never." he said with a hint of mischief clinging to his words.

Although she smiled at him, her eyes showed worry as she eyed his smile.She took his smaller hands in hers and they started walking. The breeze tousled their hairs and Kali even have to readjust her Pallu but it was a nice night, it was too bad though he couldn't fully appreciate it.

"I wasn't hiding, you know" he said, looking up at the sky and not at her "I was just.... stargazing"

She turned to give him a brief look and said "hmmm" unconvinced. They were still holding hands, her hands warm but a little calloused. They were so familiar, they were so precious. He took another shuttering breath as he felt his eyes well up again. He couldn't do this.

"Don't go" he whispered in a hoarse voice to the breezy night, he didn't want to cry. He really didn't, so he pinched his hand and hoped that the discomfort would distract him from the pain inside.

Kali has stopped and turned back to him, her face a mixture of sympathy, pity and sadness. She looked up at the sky above for a bit as if gathering her resolve and took his hand again.

"Come with me for a bit" and just as she took his hand again, he started hiccuping sobs. He tried to stop but they kept tumbling out and he finally couldn't hold back as even tears started falling from his eyes.

Kali didn't let go and only gave his hand a firm squeeze as she took him somewhere, he wasn't coherent enough to gather what was happening but she had stopped him somewhere and given him a push which had made him stumble and sit down on the ground. He felt her leave him and his heart gave a lurch and he cried harder but he tried to stifle his cries by biting down on a fist.

He felt her come up to him again dropping something nearby, he felt her take his fist from his mouth gently and pull his body close to hers. He stumbled into her and gripped her in an embrace as he started crying in earnest. He didn't want to let go, he didn't want her to leave.

"Oh love" he heard her say in his hair. She didn't say anything else and she just rubbed his back as he cried. He didn't know how long it took but he finally started feeling a bit better, there were no tears left in his eyes. His tears had dried up and he felt his heart lighten a bit but he still didn't want to let go of her.

"Okay now?" she said absently rubbing his back and hair, the gesture so motherly that they almost brought more tears but his eyes couldn't produce more, so he just nodded and held her tight.

She patted his hair trying to get his attention and he looked up at her.

"Come on now" she said with a smile and released him and even though he wanted to hold on to her more, he released her too. He was already embarrassed because of his breakdown, he didn't want to act more like a baby.

She got up smiling at him and started digging in the single dirt patch that was in middle of the bricked road. He looked at her for a while in silence and then started helping her. When she looked at him again, her smile was much more larger. He felt his cheeks burn in embarrassment and he ducked his head down. He heard her chuckle in amusement but he didn't react.

"I am sorry" he blurted out.

She looked at him but didn't react and just calmly asked him "Why?What for?"

He kept digging and didn't look at her "For crying" he said, he chanced a brief glance and saw her watching him he ducked down again "I know boys aren't suppose to cry but I did, I am sorry"

She flickered some dirt at him and it made him look up at her, she was smiling at him.

"Oh, you foolish little brother of mine" she said fondly, wiping her hands on her clothes, she continued "You should know I don't mind you crying, in fact I think crying is very good for you, if you are feeling down"

He looked at her, chewing his lips, wiping his on hands on his shorts "You never cry"

Her smile turned wistful and she looked up above at the sky "because if I started crying then I probably wouldn't stop" she said her voice merely a whisper in the night.

At her words, he felt his heart give a sting of sympathy "It's not fair" he said, biting viciously at his lips.

She tutted at him and he stopped biting "Life is not fair" she said smiling again at him, he watch her pull out a match box and then start gathering and throwing the leaves in the pit, he hadn't notice before that they were there. She must have gathered them before.

"If mummy was alive, they wouldn't be able to force you like that"

She looked up sharply at his words but didn't say anything for a while "This is what happens to most girls my age, this is nothing new"

He shook his head at her words and proclaimed loudly "But you don't want to get married!"

He gulped up the rising sense of sadness in him and said in a firm, hoarse voice, "It should"

She let the silence linger for a while, and then she started up a small fire by the help of the matchbox "Listen, I would still care for you no matter what. Even when I am not here, alright?" she said, cupping his cheeks "You are very much precious to me, take care of yourself and study the stars"

He huffed, crossing his arms "the stars would lose their shine if you are not here"

She laughed at him and quietly said "the stars won't lose their shine for me, I am too insignificant"

He looked up at her, with steel in his eyes "no you are not, you are my strong, brave older sister. You can face anything"

She smiled and said in a resolute voice, "And I will face this"

"Keshav" he heard her say and he looked at her "be strong for me alright? I want you to grow big and study the stars, so you could tell me all their secrets"

They didn't say anything more but something changed in the air just the same. 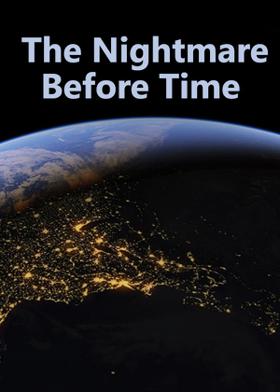