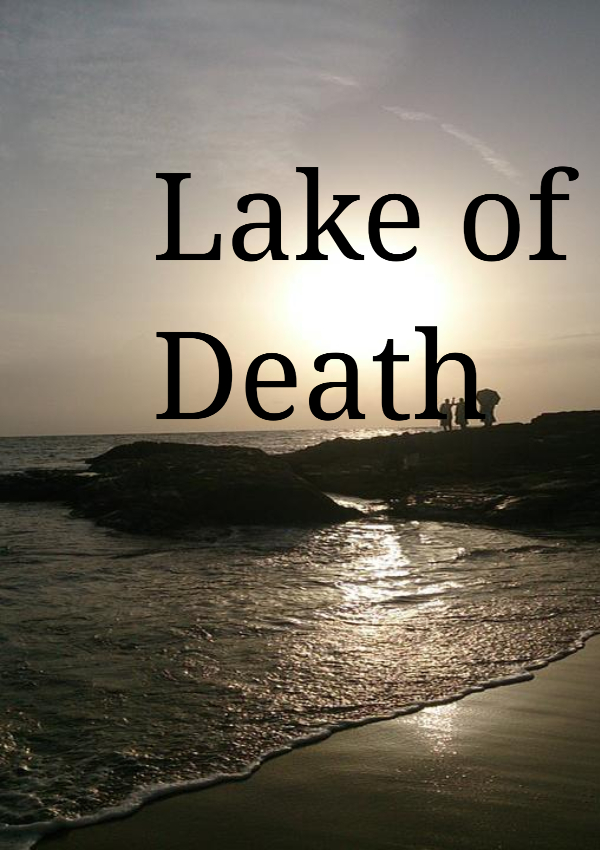 Finally, I got down from the bus at Jadugada, a small town near Rakha Mines Railway Station. It is a heavily forested area of eastern Singbhum and here hills and waterfalls were just breathtaking. It was just the onset of the Spring and soothing cool romantic breeze and the crimson red dazzling afterglow in the western horizon reminded me of my love Swati. The blueness of her deep eyes and sensuality of her curves, her long black hairs often resembling the Nimbus clouds of the rainy season, her vine-like body, the softness of her skin were so so enchanting. She was so beautiful that I couldn't resist my attraction towards her. But passion towards her physical exquisiteness and romantic thoughts about the beauty of her mind now can not resist me to accomplish my mission. And in my view, after barking up the wrong tree for so many times, when I was off my rocker, at my wit's end, the grace of the Almighty fell on me and I hit the nail on the head. "Now at the drop of a hat, I have to give my best to accomplish my target. I will hit the eye of the revolving fish. Now to do it, I will leave no stones unturned", I told myself. But action speaks louder than words!

Now the hot potato is some villagers and visitors who went to visit the local Jhimna Lake at the dead of the full moon night, their bloodless bodies were found the next day from the vicinity of the lake. Somebody who had been successful to escape from the terror had seen a strange monstrous creature in the lake at the full moon night. The mighty terror of the animal or the bird had made them dumb, speechless, awe-struck and most of them had lost their mental balance. After beating about the bush for a long time, the Adivasi villagers and their leader who worship the great Bonga, as their eternal God, came to the point and I realized that I was on the ball, and though were not playing with a full deck, I could sense that I had come to the right place. Now I would kill two birds with one stone, firstly enjoying the breathtaking beauty of the immense greenery of the dense Sal Forest and breathtaking Dalma Hills lying in the far horizon and the second thing was I had to fulfill my desire burning in my mind, this was the last straw and I had to nail it.

I, Subhashis Bhattacharya, an eminent cryptozoologist came here to solve a mystery, as from native villagers, I had heard something on the grapevine. As soon as I heard that, immediately I jumped on the bandwagon of cryptozoologists. Now I had to find the cryptid that had taken shelter in the lake. Local dwellers told that the lake had been infested with the terror of the Evil itself.

I am cryptozoologist. From Yeti of the Himalayas to Loch Ness monster living in the Scottish Highlands, from the terror of Australia, Bunyip to the Selma, the sea-serpent monster living in the depth of Lake Seljord in Telemark, Norway- each and every cryptid is my one and utmost fascination. Hereby I take keen interest in studying and exploring them. Now a days, in many people's eyes, cryptids only exist in the myth, they don't exist in the reality at all. But in my view, the subject cryptozoology is not everybody's piece of cake.

In the case of Nessie, the SONAR and the Radio Waves both have found there is something uncanny about the lake. If after that one takes the cryptozoologists with a grain of salt, what can we do! I just take pity on them.

It is said that drastic times call for drastic measures. And it takes two to tango. So with a young lad named Jhindaram, I reached the lake Jhimna on a beautiful fullmoon night.

A cold wind was blowing and Sal leaves were murmuring. With the reflection of the silvery moonbeams, the lake looked itself silvery. At a far distance, a pair of owls were hooting. With the fall of silvery moonshine, the Earth turned into Heaven.

Finally came the much waited moment. The water cascaded and churned like a shimmering cauldron. The whole environment became suoernatural and all of a sudden, in front of us from nowhere, appeared the horrifying creature. Jhindaram was so terrified that he fell on the ground senseless. And I stood surprised. The events were enough to give me a feeling that I was not in our country, but elsewhere.

The creature screamed with a blood-curdling voice and I trembled. Then the dragon-like fearsome started to come near me. The creature was very much aquainted with me. I just wondered how it came here from the far USA.

Then a story that I had heard from the villagers of Hatha the previous day, came to my mind. I had told Adivasis of Hatah village not to get terrified and let the cat out of the bag. Then they told about a foreign couple who had visited the Dalma hills and they had come with a giant blue egg. They told that the egg is of the legendary creature and it could protect their villages. But what they hadn't told, the dragon like creature was itself blood-thirsty. And one think that I could sense that they were the true worshippers and followrs of the Evil.

The dragon like creature came near me gazing at my eyes. Having a goat-like head, leathery bat-like wings, a pair of sharp horns, legs with cloven hooves and a forked tail, the abominable creature often appeared in the folklore of Southern New Jersey. It would inhabit in the Pine Barren. Its mother was supposedly a witch and father was Devil himself. I could sense that curiosity killed the cat. Now no one could save me and I could not escape, as the horrible creature that had risen from the pages of myth and come into reality tonight, would move faster than the wind. Now I could see the death itself!

And the intimading creature in the silvery moonlight, in this cold windy supernatural fantastic environment, glanced at me. And I stared at it too. One thing I, Subhashis Bhattacharya, sensed that with the arrival of this son of the Evil, the beautiful fascinating lake Jhimna had been turned into the lake of death.

Again it gave off a blood-curdling scream. I forgot to chant the hymn of the God that was the crying need of this situation. And towards me, this time much faster moved the dreadful creature, the consternation of the vicinity of Dalma Hills, the awful and vicious Jersey Devil!