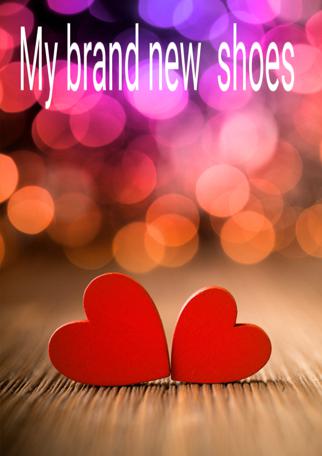 I am a ten year old orphan,

Being orphan isn't my only plight,

On railway stations and roads, I beg,

There's not a single thing in which my life doesn't lag,

No other day, so lucky I had been,

When I found a pair of slippers in the bin,

It made me happy, it gave me pride,

It had a blue rubber up with sole shining white,

But one thing in life I will never know,

Why the slippers became small when I didn't grow,

Then one fine day, the left feet slipper gave up,

I was left with only a slipper in my right feet, with no backup,

Tears filled my eyes and I sat at the railway station's platform,

When I saw a boy my age sitting with his parents in his school uniform,

And all the time for the train, while they were waiting,

The boy was doing nothing but constantly polishing,

It was a pair of new shoes, I reckon,

While I was looking at him, he stared back at me and my bare naked feet for few seconds,

He gave me a smile when the train arrived,

To get in the train, the entire platform strived,

The boy smiled back at me and tried boarding the train,

And suddenly from one of his feet, the shoe slipped out in vain,

I rushed towards the fallen shoe, so I could return him back,

The train started moving slowly on its track,

Holding the shoe in my hand, I ran towards the boy,

He could have taken the shoe from me but not once did he try,

He was standing near the gate and only smiled,

When I was running behind the train, all the while,

When the train took pace, he removed his other shoe,

And threw it towards me, as I needed them he knew,

His priced possession he deliberately loses,

And gifted me with a brand new pair of shoes.

My Brand New Pair Of Shoes