Drowsily, she extended her hand from inside the blanket and pressed the off button on her alarm. Mornings in Minnesota were chilly. Tossing over to the other side, she gazed at the window. Water droplets on the window pane were long frozen. Outside, the scenario was milky white. A layer of snow intermixed with fog made it difficult to distinguish between the ground and the sky.

Carefully tucked under several sweaters and scarfs, she stepped out for work. Her office was just a few blocks away from home, so she preferred to take a walk, especially this time of the year.

With Christmas and New year on the brink, the town already seemed like a wrapped up present. Red, green and yellow lights blinked outside every home and pines and firs peeked out from windows of shops. Red and white woollen caps were suddenly in fashion and sweet had become a must in all meals.

Her mood, however, was anything but festive. It was her third year on-site and while winter was fun for the rest of the world, it meant heavier workload for her. IT is challenging, she was informed, the truth of which she discovered only after she was moved out of the country.

Being born in a middle-class family, a chance to explore the USA was a childhood dream come true. And being a winter lover, living in a colder country was her one of her deepest desires. Her poem diary awaited for verses on the beauty of a foreign land when she boarded the plane.

But she didn't even realize when the dream turned into a nightmare. Juggling between clients and her managers, tickets, and resolutions, excitement slowly slipped into monotony. Pages of her diary withered in waiting like the yellowing leaves on nearby trees. It was just this ten-minute walk that she looked forward to in the boredom that her life had adorned.

She stopped at a window stall to grab a cup of coffee. Beside her was a man who bought the same and handed the cup to his daughter who was hidden under huge pink sweaters, caps, and gloves that he must have forced her into. She felt her eyes welling up. Not being able to be with her father during his last days still haunted her. While she was busy working on an issue, receiving trash from her managers in this strange foreign land, her father passed away in India. Life was never the same again.

Snapping back to the present, she realized that she would be late now. Dumping rest of the coffee into a trash can, she hurried off to work. Roads, just like her window pane, were covered beneath a layer of ice. Walking without slipping being the challenge, running was out of the question. But she walked as fast as she could recalling the points she needed to address in the meeting.

As she brisked alongside the road trying to negotiate with the client in her mind on asking for more time for resolving the issue that was due today, she didn't notice the little girl tucked inside pink sweaters falling on the road. The screeching of sudden brakes brought her back to present and she saw a speeding car trying to stop right before the fallen girl. Ice over the road made the car skid instead of stopping while the driver desperately rotated the steering in order to save the kid.

Before she could blink, however, she saw the car at its full speed skidding towards herself. With no time to move whatsoever, she accepted her fate, closed her eyes as fast as she could and awaited the hit.

She knew it was over, her life flashed before her eyes and all she could see was her mother, alone in a faraway land. While she trembled with an urge to touch her for one last time, the car rushed passed and banged on a nearby tree, narrowly missing her, with its rear view mirror hitting hard on her arm. Eyes still closed, she was soon falling and could feel people catching her, lifting her up and someone shouting, "Call 911"

Maybe she was saved, maybe she was hurt badly or maybe she was dead; she didn't know, but she absolutely refused to open her eyes because her mother was there and she couldn't imagine not being able to see her too for the last time. As long as she was there smiling at her, she knew she'd be okay.

Eventually, when she opened her eyes up she saw people around her.

"You're alright, Miss. It was a close shave," someone said.

She could feel a sharp pain in her arm that refused to move at all.

"It is just a sprain. Your coats and sweaters saved you."

"But what about the man in the car? And the little girl?"

"Everyone is okay. You're still trembling. Better get back home."

Home. It hit her hard.

That afternoon she lay in her bed gazing at the ceiling. Her mother was still smiling at her, but she didn't know for how long she would continue doing the same. Was her dad smiling like this as well when he closed his eyes forever? Did he call her out? Or was he able to close his eyes and picture her like she pictured her mother? Alas, some questions were bound to remain unanswered forever.

But we can always prevent new unanswerable questions from arising. So when she typed her resignation letter and booked a flight back to Mumbai later in the evening, that strange foreign land felt beautiful again.

Heading out one last time with a pen pinned onto her poem diary peeking from her coat's pocket, she anticipated a warm winter. 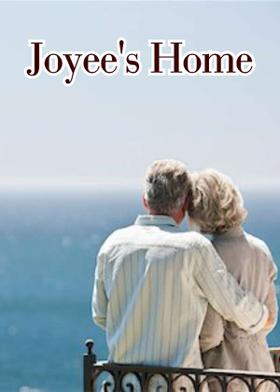