8.Ganesha ( The lord of Fairland City)

Chapter 1 - Getting to know about the eyelash

Now it was Miss Nettel's class who taught science to std.6th. "Children open page no. 141 to chapter 12 The Eyes", said miss Nettle. She said something extending her words, " our eyes are protected by the eyelashes from the dust ".Now they had read the lesson and the bell rung 'tringgg...' It was the favourite time of all the students, the lunch break.

John and Eva packed their books and Eva came to John and said "John, do you know the fallen eyelash completes a wish, my eyelash had fallen and I wished for a new doll. The next day I got one." John was very surprised to hear this.

After the 7th period, it was time to go home. Eva and John said bye to each other, with Jessy, John had left for home. Now while going, John told all the things that Eva had told him. Jessy said '' Woo, if one falls of mine I will wish for something new".

Now they had reached home. It was going to be a Sunday tomorrow. Whole Femer family had lunch then they watched television, in the evening prayed to Lord Ganesha. At dinner time Jenny said to James " Oh dear! nowadays the Clercy river is getting polluted because of which the water is dirty and the disease of diarrhoea is spreading. Hope the government does something for it." "Yes, since many days we are complaining to the government but there is no way of action," said James. Now they all had dinner and everyone was in their bed.

Now Tia was carried out of the window by windy the wind. Tia first was very scared and worried because she had never flown in the air. Before this, she had just studied in the eyelash school and took training for wish completion. But windy was a nice wind and he made Tia comfortable. Now Tia and windy had a nice chit-chat and talked about their lifestyles." Before leaving for this journey my life was very lavish," said Tia. "And I have carried many things with me and also many little eyelashes like you," said Windy.

Now suddenly Windy disappeared and Tia started falling. She shouted loudly, " save me, save me " but now she did not fall because she was on Clercy the river. "Eew... where am I ?...this is such a dirty place, " said Tia." I am Clercy, the river. Nowadays, because of humans I am getting polluted. I am very sad.You seem to be the wish completing eyelash, " said the river." Oh! really sorry ...and yes I am the wish completing eyelash, Tia," said Tia." You will be cleaned don't worry," repeated Tia. Now Windy was here and they continued to their journey...

Now soon the wind blew colder and Ganesha's castle was seen. Tia was dropped in the Ganesha's castle. Tia thanked Windy and went to Ganesha. Lord Ganesha welcomed and understood the wish in Tia's mind. He sent Tia to her new room. Now about the wish, John had wished for the river cleaning Abhiyan. The next day government started the project and each and every citizen of Fairland county helped for the same. Now Fairland city was healthy and clean. Jessy thanked John for this. And one more thing this was a secret between both of them. 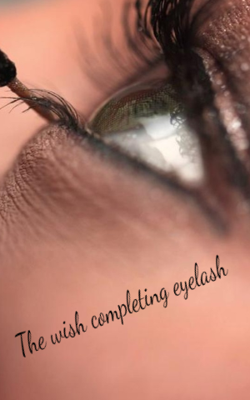