The Treasure and Its King

The Treasure and Its King

Once upon a time, there lived a boy named Saniket who was a woodcutter. He was from a very poor family. One day he went to the forest for cutting wood. But suddenly he saw a miracle. Then he wanted to know about it so he went there where the miracle happened and then after about an hour, he was tired and wanted to rest. He soon found a cave there and rested there for a little while but then suddenly some sort of sound woke him up. Then he saw that in the cave there was a Goddess Kali ji's statue and there was a box there as well.

When he opened the box with curiosity, he saw that there was gold in it. And he was very very surprised. He made a plan to make believe everyone that the gold in the box belongs to him though he had to go through a lot of hardship.

But after about 2 years, Raghav , another boy came to know about the treasure and its truth and also about Saniket and how we had cheated and took it. So he made a case on him and took it to the court. Not only that, but he also won the case! Now, Saniket's family was busted into great difficulty. They revealed the truth to the court and pleaded not to give Saniket such a hard punishment of getting hanged. But, Saniket was hanged.

Then after about 200 years, another boy came. This time, the name of the boy was Nikhil. He was a kind boy and he came from a rich and joint family. One day he was passing through the city when he heard about Saniket and his story and wondered to know the truth. He wanted to know if this story was really true or was just a myth. So, in order to know about the treasure and its owner , he went to the forest and finally found the place where Saniket had found the treasure. Then he went inside the cave. He found Goddess Kali ji's statue and the box of gold. Now Nikhil was very near to know the truth. He opened the box and saw that there was really gold in it but there was a problem. He could not be able to touch the gold.

Now, he wanted to know why couldn't he touch the gold. Suddenly a soul appeared before him and lo and behold, it was Saniket's soul. Nikhil was really surprised because he did not believe in ghosts and souls and now he was standing before a real ghost!

Nikhil bravely said, " Who are you? What do you want from me? "

Then Saniket's soul slowly and sadly replied, " Dear, I am the king of this treasure when I died, when I became bad."

"Yes, my dear, I became bad even when I did not do something that made me bad but one thing I did which made me bad ." Saniket's soul replied.

"Really, what did you do? "Nikhil inquired.

" I will tell but first you have to listen to my complete story without interrupting, ok? , Saniket's soul said.

"Ok, so here's my story" and then he told the whole story and in the end, he asked, " Tell me, was I right or wrong?" Saniket's soul questioned.

"You were both because you were right for your family but you were wrong for the law", Nikhil answered.

"Yes, I also think the same, thank you for showing me the right path" Saniket's soul answered.

But Nikhil thought that it was not fair so to calm his curiosity he said, " But it is not fair".

"Yes, throughout your lifetime you did not have a single friend with you but at least afterlife, there shall be a friend of you and I am ready to be that one friend of your afterlife," Nikhil said calmly.

He further continued,"Now, I know that everything in the world has its specialties."

Saniket's soul smiled and said," Thank you Nikhil, you gave me the real power to leave this earth and go to heaven otherwise everybody who saw me ran away without helping and telling me bad names."

"Oh", said Nikhil. That's alright. It was a pleasure for me to be a help to you."

And now Nikhil was able to touch the gold and so that nobody else is harmed from the gold, he thought to give it for the maintenance and welfare of the society. And Saniket's soul happily went to heaven ahead. 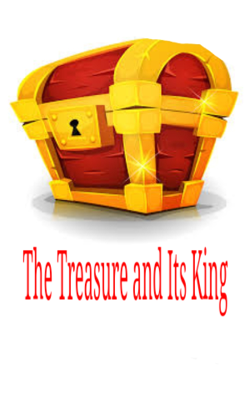