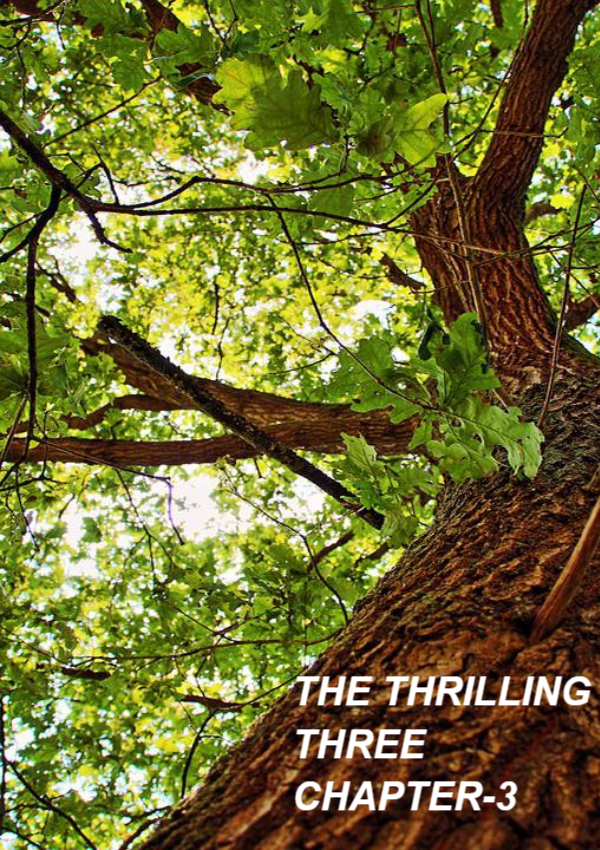 They decided to follow her. She walked into dark, secret passages. At last, she reached an old house. Gautam grabbed the map from Sanjay to see if the old house was marked there. "Our bad, we bought a map that shows us dangerous houses or farmhouses if we need to see any," said Mithali. "This house won't be there Gautam," said Sanjay. "Its name is…." "EMDS" said Gautam. "You did not even look at it and told properly", "How?" asked Mithali. "It is here in this map," said Gautham. It was. Then they turned to the woman. A man came in the distance. He said "Shikmala, how many times should I tell you not to be out for a long time? And did you find sauce?" "No, you did not. Ok, be out till I come to call you, ok? Ok." The woman caught sight of the three and called them. "What are you all doing here? I won't harm you all. So you can tell me." She said. They thought she was nice and confided in her. She asked "Oh so you all are from Chennai. My cousin lives there too. You all look nice. I can let you all stay here if you like after asking permission." They were so happy after hearing this. "Shikmala, right? How did you get here or find this place?" asked Sanjay. "I will tell you the whole story," She said. "But don't you tell anyone. It begins when I was coming to hike here with my sister Silkana when I went to a farmhouse. I thought it will be nice staying in farmhouses. Then I came to this farmhouse. I did not know it was damaged, neither did my sister. We went in and accidentally heard a plan made by thieves hiding there. And we saw by the door keyhole and BUUUUM, it was the power fullest of thieves, Rahul Chathra. My sister accidentally screamed and they saw us and made us tell the truth, And…"

"SHIKMALA…….., I am calling you for a long time," said a voice. "Oh it is Muncher," said the woman. "You can stay inside the gate, camping. You tell them that a map showed that this was a farmhouse. If they tell you can't stay here, you ask them why, ok?" "Ok, but our map only has a house which tells about danger or old house," said Mithali." And if they ask us to show our map, what should we do?" asked Sanjay. "Show them this," said the woman and handed them a map. "It was the old map which me and my sister used." "Oh thanks," said Gautham.

CHAPTER 4 - PUZZLED BY THE RIDDLE?

"SHIKMALA…….." said the same voice. "I told you…." stopped Shikmala. "Oh, why did you stop?" asked Gautham. "Who are you?" asked the voice angrily. "Oh, we are just going to camp in this farmhouse," said Sanjay and continued to ask "Who are you?". "I am Muncher," he said. "Who told you that this is a farmhouse?" he asked. "This map did," said Mithali, showing him the map that the woman gave them. Muncher went inside the house, talked with someone and came out. He said, "You can stay here, but you should not step inside the house. You have tents, food and some more camping things. Don't you?".

"Yes," said all the three together. "Shikmala, you should take care of them for us," said Muncher. "Ok," said Shikmala. Muncher went back into the farmhouse and inside a room. They made their tents, ate food and were about to sleep when Shikmala came towards them and said, "They are asking me to sleep with you all. Is it ok?". "Yea," said Sanjay and continued "You can tell us the rest of the story." "Wait, will they come back to check on us?" "No," said Shikmala," I told them I will take care." "Phew," said Mithali. "Ok, so they shared this riddle with me that none can comprehend". "It's in Martin's meadow; he is tall, short, and untidy. Rosie's meadow is big, short, smelly and beautiful. Mossie is there too and will be somewhere near to the clue." "Oh, here you are Sauce!" said Shikmala. "Sauce? Muncher asked for a sauce bottle. Didn't he?" asked Gautham. "No. He asked for Sauce, the dog. He went for his night walk. And Rahul Chathra was scared if he would be lost. So I went to search for him."

"From the railway station?" asked Mithali. "Yup. Did you see me? I guess you came that way, following me" said Shikmala. "Hee, hee" giggled Sanjay, "So you were murmuring about him. A funny sort of name, for a dog."

"Ok," said Gautham. "Now Shikmala, you can sleep in Mitto's tent. Since I and my brother's bed is big, we three will sleep together." They went to sleep. That time the three were talking. " Can you make ahead or tail of the riddle. No right?" "Ok, now go to sleep." 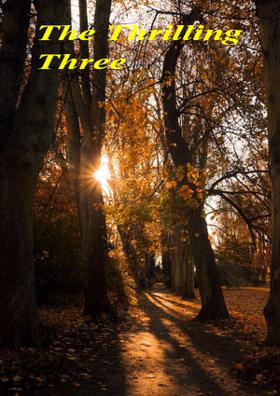