Once in a jungle in Australia, there was a sudden fire. All the animals like, deer, lion, zebra, rabbits and elephants ran helter-skelter, for their lives. Some ran to a nearby village and some to the outskirts.

On the outskirts, there lived three young girls named, Tina, Reena, and Meena. One day when they were playing in the cool breezy evening, their mother called them for lunch. Rina wanted to have her lunch outside. The mother agreed and everyone helped the mother to bring the lunch outside. Tina brought some carrots, Rina brought some sausages and Meena brought some rice and curries. When all the three went inside to wash, the three little rabbits jumped out from a little bush and took the carrots away. When the girls came out, they were shocked to see the carrots missing. They searched everywhere and came back to the spot only to find that their sausages were missing as well. Feeling tired of searching, they ate the leftover rice and curries.

The next day, they wanted to know who the thieves were, so they left some carrots outside their house. They were hiding and watching if any thieves were coming to eat their carrots. Out sprang the three little rabbits, the girls were surprised to see the cute little rabbits. They didn’t want to punish the rabbits, instead, they wanted to raise them. So the girls provided food to the rabbits every day. They all became good friends. Months passed by, and the routine followed.

Suddenly, one day the rabbits had disappeared! They never showed up for quite a while. One fine day, as the girls were playing outside, the rabbits appeared with their little ones. They had become mothers! The girls were happy to pet the little ones and now they had 6 rabbits to play with. 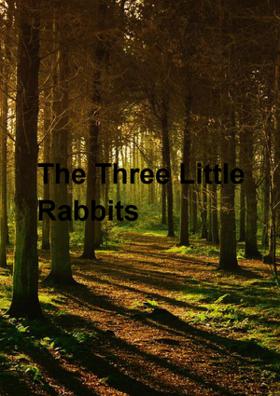