The Precious Yellow And Its Pale Imitations

The Precious Yellow And Its Pale Imitations

It was not pure gold.

But I had no idea.

Came to know about it much later.

Hallmarks and karat marks were not in vogue and our ears were not fed by the internet nor our eyes could differentiate between degrees of purity.

We were in a different era altogether and believed people and their utterances.

My menarche, when I was fifteen, was a celebration time.

Everyone in the joint family was happy to share the news as well as the detailed schedule of celebration all the more because mine occurred very late,considering my age.

I Was made to sit in a different room as per ritual.

I was in 10th standard then and had biology in the curriculum. I was aware of the changes in my body. It was suffocating for me,but who to complain?

I mustered up and asked my mom to stop the farcical proceedings as I did not want my school mates to know about the matter.

She snarled at me saying-"This is an age old ritual. This is a time to rejoice and let people know that we have a grown up girl at home. How dare you raise your voice?"

A few aunts joined in the admonition session to silence my blatant outbursts.

I was in search of an agony aunt rather . . . . who would vent my ire against 'overriding patriarchy' by penning a nice story. . . but could not lay hands on.

The rituals were carried out in a phase wise manner.

Seven ladies were requisitioned for the ceremony.

It was almost similar to 'Haldi Ceremony' in a marriage.

When they applied turmeric paste on my body,for a few seconds I felt like a queen having a bath in a pond where the aroma of the scented water wooed my soul. The shocker came within seconds when one of the seven tormentors rudely applied paste on my face and some got into eyes. From dream world I was pushed to reality and the feeling was loathsome-

Evening ensued with nestling of the sun. The verandah was decorated with fancy lights and festoons like puja celebration in school.

The area was carpeted. Chairs were arranged. The chair on which I was made to sit was a sturdy one,taller than the rest. The purpose must have been to 'showcase'-

But what -plight or jubilation?

The guests were in beeline to handover their presents before taking a plunge into the mouth watering dishes and sweetmeats.

A few envelopes with cash,many packages -neatly packed trash -eventually we could unfold.

Two small red color velvet pouches -One contained a thin gold chain and a laxmi(goddess)pendant from my grandmother-mom's mom.

The other one had a pair of studs -a small star adorning each.

It was from my mom. She perhaps silently wished me to soar high and shine like a star.

The pair of studs are my inspirations throughout. The bright yellow color has faded. But I have not sold them nor exchanged. Their quaint whispers-I am all ears to. Through them my mother recounts her life of insignificance and pushes me hard to wipe those taboos off the coast.

I could to my ability.

The thin gold chain could not bear ravages of time. I took it for repair. But it could not be mended. I had to exchange and only got 50% of the market value. They cited the reason of 'not so pure gold'.

The memory of one is enough to hold the childhood/adulthood in one's psyche.

Thank God!I don't have that 'gold rush' in me. 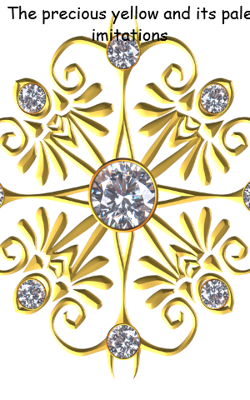 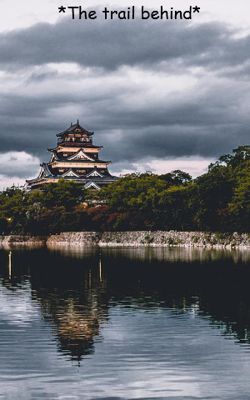 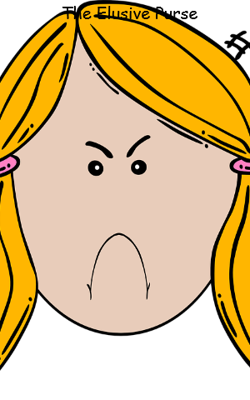