The Pauper And The Prince

The Pauper And The Prince

Long long ago, when king Henry ruled England, a very strange thing happened. Two boys were born at the same time and the same day. One was born in the palace and became the prince. The other one was born in a very poor family and became a pauper. The prince was named Edward and the pauper was named John. Prince Edward was given the best food and clothing whereas the pauper had to beg for a single bite and wore rags. As they grew up, they looked exactly the same. "John! You useless boy! Why didn't you bring anything to eat!" asked John's father. "I don't want to beg," John replied. "If you don't beg, what will we eat! With that attitude, you should have been born in a palace," said John's father.

John said that how could he decide where to be born. He scolded him and told him to go out and get him some money. The only good thing about John's life was Professor Andrews. He would encourage John to read."Books are man's best friend. They will guide you through any situation!" he used to say. John said that he didn't want to be a pauper all of his life. "Who said that you have to be a pauper? You can choose whatever you want to be," said the professor. "Would you become a pauper or a greedy and dishonest man?" John said that he would rather be a pauper. "It takes courage to be honest and noble and you have the courage."

One day, while looking for food, John saw the palace. He was amazed to see the huge and beautiful structure before him. John hid behind a bush and saw the prince through one of the windows. When the guards saw John, they picked him up and threw him away. The prince out running. The guards told the prince that the boy was trying to enter the palace. The prince asked John his name. "My name is John Canty," replied John. "My apologies, your highness. I didn't mean any harm. I was only peeping through your window." Though John was dressed in dirty clothes, he spoke with respect. The prince was curious. He took him to his chamber and offered him some food. John couldn't believe his eyes." Don't you think that we look the same?" asked Edward." Yes but the thing that matters is that you are a prince and I am a pauper," said John. "Wait. I have an idea! Why exchange clothes. I could be a pauper and you could the prince," suggested Edward.

At first, John did not agree. But later, he did. And so they did. They were both were shocked to see themselves in the mirror. He told John to pretend and be the prince and walked out of the palace. The guards didn't even notice their prince. The prince was very shocked to see that. He tried to go into the palace but the guards did not let him enter. "They didn't even recognise me! All that matters is what I wear," thought the prince. The prince then decided to go and walk around the kingdom. He saw children begging for food. They did not have a house either some money. The prince was very sad to see how poor the people of his kingdom were! So much food was thrown every day at the palace and the people of his kingdom did not have food at all.

At the palace, John tried to tell everyone that he was not the prince but no one listened to him. It seemed as if the prince had forgotten everything. But soon he got accustomed to it. But he was always waiting for the real Prince to come back. Days passed, but the prince did not return. One day King Henry passed away. "I know that you must be feeling very sad but it is time that you become the king", said the minister. John was very scared but agreed. Two men had caught Prince Edward and blamed him for stealing their food although he did not steal. He was taken to the court. "This boy did not steal. I request you to set him free," said a man at the court. The judge agreed. The prince then asked the man to take him to the palace as he had an important message for the prince. The man agreed.

The next day at the palace when the crown was to be placed on John's head, the real Prince shouted, "Stop! I am a real Prince." "How dare you say that you dirty boy," said the minister. "Guards, arrest him." John stopped the guards. John and the prince then narrated everything. Everyone was surprised to see how much the two of them looked alike. Prince Edward was crowned the king. He made John his personal advisor and thanked him for giving his throne back to him. They both remained best friends for the rest of their lives. 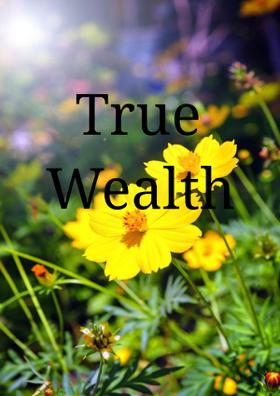