There once were 3 friends called Melody, Mark, and Nicholas. They loved adventure, but they always figured out a way to get themselves into big trouble. One very gloomy day, the kids were playing baseball. Mark hit the ball and it flew into a tall yet narrow cave. When they went to retrieve it, a huge lightning bolt struck the entrance of the cave and the kids found themselves locked inside as the big boulders came crashing down. They used the light from their phones and started exploring, hoping to find a way out of the miserable and dark cave. While they were looking around, they saw footsteps and started to follow them.

The footsteps had led them to a clear pond. Suddenly, Melody tripped on a rock and fell into the pond, taking her friends with her. When they managed to get out of the water they realised that they were no longer in a dark and damp cave, but had transported to a beautiful meadow. They looked around for a while and it was time to go back. To their surprise, when they tried to jump into the pond and go back home, they couldn't. They were stuck in a parallel dimension and had no way to go home. At least they thought so until they came across an old yet wise lady. She had white hair and pale wrinkled skin. She asked them if they had any food to offer her. Though, they did not have much food. They figured out a way to give her something. Before they could walk away, the old lady held

Mark's hand and told him:

THE ONLY WAY TO ESCAPE

THOUGH YOU MAY THINK THIS IS FAKE

BUT IF YOU DO NOT WANT TO DROWN

YOU MUST FIND THE CROWN

Taken back by this experience, they set out to find a crown that was near a lake.

They camped under a tree that night and started on the road the next morning.

They followed a sand path to a cave. Nicholas thought to himself" I have seen this somewhere”. He was correct. When entering the cave, there was a crystal clear pond just like before but there was a tall rock in the middle of the pond on which A gold, gleaming crown was placed on top of the rock was surrounded by venomous snakes. Melody found a vine and she decided to swing across the pond and retrieve the crown. The plan was a huge success. They got the crown and all the snakes vanished into thin air. A bright, blinding light appeared for a brief two minutes and when they opened their eyes, they were on melody's front porch. I know this is very unbelievable but I also know that it is very true. I should know because I am Melody and that was the most extravagant adventure I had ever had. 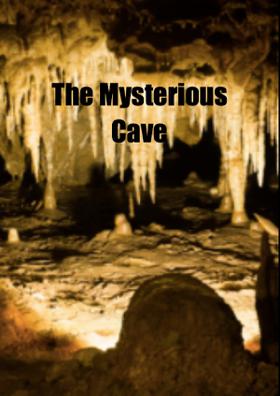