Amar was an ordinary man. One thing that he did not believe in was superstition.

But when so many things that are meant to cause bad luck started bringing him good luck, he began to wonder. Amar was an ordinary man. Nothing particularly good ever happened to him; nothing particularly bad ever happened to him. He went through life accepting the mixture of good things and bad things that happen to everyone. He never looked for any explanation or reason about why things happened just the way they did.

One thing, however, that Amar absolutely did not believe in was superstition. He had no time for superstition, no time at all. Amar thought himself to be a very rational man, a man who did not believe that his good luck or bad luck was in any way changed by black cats.

Amar spent much of his time in the small café near where he lived. In café he drinks coffee and talk to his friends. Sometimes his friends played dice or cards. Sometimes they played for money. Some of them made bets on horse races or football matches. But Amar never did. He didn’t know much about sport, so he didn’t think he could predict the winners. And he absolutely didn’t believe in chance or luck or superstition, like a lot of his friends do.

One morning Amar woke up and walked into the washroom. He started to shave, as he do the same every morning, but as he was shaving he noticed that the mirror on the washroom’s wall wasn’t quite straight. He tried to move it to one side to make it straight, but as soon as he touch the mirror, the mirror fell off the wall and hit the floor with a huge crash. It broke into a several pieces. Amar knew that some people thought this was unlucky. But Amar wasn’t superstitious at all. He didn’t care. He thought superstition was nonsense. He picked up the pieces of the mirror, put them in the bin and finished shaving without a mirror.

After that he went into the kitchen to make breakfast for himself. He cut two pieces of bread and spred some cheese and butter on them. Then he thought he needed some salt. When he picked up the salt jar, it fell from his hand and broke on the floor. Salt was everywhere. Some people, he knew, thought that this was also supposed to bring bad luck. But Amar didn’t care. He didn’t believe in superstitions.

Even though Amar wasn’t superstitious, he thought that something bad was to happen to him today. He had broken a mirror, spilled some salt, walked under a ladder and seen a black cat running away from him. He told everybody at work what had happened. ‘Something bad will happen to you today!’ they all said. But nothing bad happened to him.

That evening, as usual, he went to a café. He told all his friends in the café that he had broken a mirror, spilled the salt, seen a black cat running away from him and then walked under a ladder. All his friends in café moved away from him. ‘Something bad will happen to him,’ they all said, ‘and we don’t want to be near him when it happens!’

But nothing bad happened to Amar all evening. He sat there as normal, and everything was normal. Amar was waiting for something bad to happen to him. But it didn’t.

Amar won. Then he played another game, and again he won that too. Then somebody asked him to play a game of dice, and Amar won that as well. He won quite a lot of money. ‘Go on then, Amar,’ his friends shouted, ‘use all the money you have won to buy some lottery tickets!’ Amar spent all the money he had won on a lottery tickets. The draw for the lottery was the next day.

It was incredible. It seemed that all the things that people thought caused bad luck actually brought him good luck.

The next day Amar bought a book about superstitions from all over the world. When he had read the book he decided to do everything that would bring him bad luck. He left empty bottles on the table. He asked his wife to cut his hair for him. He accepted a box of knives as a gift. He slept with his feet pointing towards the door. He sat on the corners of tables. He put a candle in front of the mirror. He always left his hat on the bed. He always left his wallet on the bed. He bought things in numbers of six or thirteen. He crossed people on the stairs. He got on a boat and whistled. And with everything he did, he got luckier and luckier. He won the lottery again. He won the games of dice in the cafe every evening. The things got crazier and crazier. He bought a black cat as a pet. He broke a few more mirrors, on purpose. He didn’t look people in the eye when they raised their glasses to him. He put loaves of bread upside down on the table. He spilled salt. He spilled olive oil. He spilled wine.

The more superstitious things he did, the luckier he became. He went into the cafe and started to say all his friends what he thought.

‘You see!’ he told them. ‘I was right all along! Superstition is nonsense! The more things I do to break ridiculous superstitions, the more lucky I am!’

‘But Amar,’ replied to one of his friends, ‘don’t you see that you are actually as superstitious as we are? You are so careful to break superstitions, and this brings you luck. But you are only lucky when you do these things. Your disbelieve is actually a kind of believe!’

Amar thought hard about what his friend said. He had to admit that it was true. He was so careful to break all the superstitions he could, that in some way he was actually observing those superstitions.

The next day, he stopped spilling salt, chasing away black cats, walking under ladders and breaking mirrors. He also stopped winning money on the lottery. He started to lose at games of cards or dice.

‘Amar,’ said his friend ‘it was your believe in yourself that made you lucky. It was your self-confidence that helped you, not superstitions.’

Amar listened to his friend and thought that he was right. But however rational he still believed himself to be, he always wondered what would have happened if he hadn’t broken that mirror 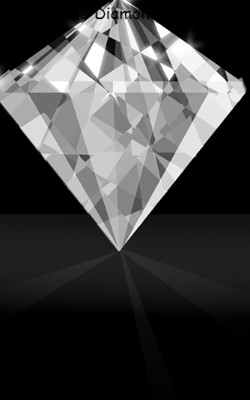