Sylvia, a young writer of 27-year-old stayed in Nova Scotia in Canada. With well-groomed farmlands, windswept lighthouses, historic villages, and rugged coastlines, Nova Scotia is home to some of Canada’s most evocative landscapes. Adding to the province’s natural beauty is its unique culture, a blend of English, Scottish and French traditions as well as its hardy and warm-hearted residence. Sylvia was living all alone in her small but beautiful cottage facing the small hills from where she could see the oldest Lighthouse of her area. She loved to visit lighthouses since her childhood. She had no one with whom she could share her feelings. Though she had her father who was once working at the lighthouse in India but then he came back and settled down in Nova Scotia. Her mother died at a very young age. She was Indian. When she died, Sylvia was just 8-year-old. She still remembered her innocent face. She was very beautiful, fair complexion, slim and had long hair. She was quite caring and loving. She used to tell a lot about her hometown in Southern India, where she met Sylvia’s father, Robert at Vizhimjam Lighthouse at Kovalam. It was considered to be one of the oldest lighthouses in Kerala. It was constructed in Vizhimjam as it was a busy port during the 18th and 19th centuries. Now, it has become a prominent attraction near Kovalam beach in Kerala.

Sylvia was fond of listening to stories since her childhood as her mother Padma used to narrate stories of Indian villages and Indian epics – Ramayana and Mahabharata. She had told Sylvia that she eloped with her father on one stormy night as no one was supporting her relationship with Robert. Her father was a fisherman, was earning well. He was considered to be one of the richest persons during that period. She told Sylvia about her mother who as the most loving person on this earth. While narrating about all this Padma used to become sad and lost in her past. Now she could not go back to her family as no one would accept her. She showed her a locket made of gold and diamonds to Sylvia many times as that was the only thing, she brought with her when she left her house. It was presented to her by Sylvia’s grandmother on her 10th birthday in India. It was a family locket beautifully designed. When Padma got sick and was on her death bed, she presented that locket to Sylvia who was just 8-year-old then. She told her that, when she would become an adult and could visit India by chance then she must visit her hometown. She also said that she should never part with this locket whatever may come.

After Padma’s death, Sylvia’s father re-married. Her father was living with her second wife and children. He left Sylvia with a nanny. She grew up and started writing stories for her school magazine. After completing her higher studies, she became a professional writer and started earning. Her stories brought her fame. Now she decided big, that she would start writing novels. For this, she wanted a peaceful place, where she could get some ideas for her stories. She remembered her mother’s place hence, she decided to visit India. She bought the ticket and kept enough cash for staying and visiting India as a country.

She decided to visit India in December and plan to visit many places in India. She landed at the Delhi airport and stayed in a hotel for two days. Next morning, she visited Agra and Jaipur. She liked Indian cities, it’s culture, blending of Indian and European culture, food, etc. After spending two days, she left for Banaras. She loved to see the holy city. She visited the temples, bazaar, Ghats of Ganga, and so on. She cherished vegetarian Indian food. She clicked pictures of evening prayers of river Ganga. She loved the chanting of huge bells. The glittery bazaars of Banaras had mesmerized her. After strolling for long hours, she returned to her hotel. That night she slept nicely. The next day early morning, she left for Ghat to see prayers and offerings done for Sun God. She followed the tradition of Indians. After the offerings, she was sitting at the stairs of Ganga Ghat watching the vastness of Ganga and enjoying the music of Ganga water. When she was lost in the beautiful thoughts of her mother, she felt as if somebody had put a hand on her shoulder. She turned back to see but no one was there. She thought it must be her illusion. After that, she came back from there to the main area of the ghat, where some hermits were sitting. She then saw a very old man of nearly 80-85 years sitting a little far from them was beckoning her. She was surprised as to who was calling her by name, whereas she had come for the first time. Then she decided to approach him. As soon as she went near him, he called her and asked that why she had taken so much time in coming to India. Sylvia was shocked as to what he was trying to say. On seeing her confused face, he held her hand and asked her to sit. She felt on touching his hand as if she was traveling to another world. She saw that there was a beautiful village near a coastal line facing a hill near the sea. There was a lighthouse on top of that hill, she saw that many ships were navigating there. It becomes cloudy and the light gets on in the lighthouse. Suddenly the light started flickering over there as if someone was giving a signal. At a flash of time, she saw that a boat was coming from the opposite direction struggling the waves. It came to halt near the edge. A beautiful young girl anchored the boat and started climbing the small rough stairs of the hill leading to the Lighthouse. As the girl approached, the flickering of light stopped. One could see the shadow of two people embracing each other. After some time the young girl came down, sat in her boat, and vanished in the darkness of the night. This kept on for many days, no one knew who she was? Then suddenly it rained profusely for three days. One could hear the thunders and the shatters outside of one house. The lightning passed through and the sudden thunder and lighting brought shivers in Sylvia. With that said, she saw that it was her mother Padma who was rowing the boat and climbed the lighthouse. She came back to her senses. She saw that she was sitting with that old man at the Ganga Ghat. She could not make out as to what was it that she saw just now. The old man again held her hand and told her to calm down. He asked her to go to her room and rest. He told her to visit him on the same evening. Sylvia left for her hotel, got some rest, and again in the late evening decided to visit the old man after the Aarti.

There was another surprise waiting for her to feel. This time a casual chat, the old man held her hand, and Sylvia went into the trance. She saw that her father was talking to an old man. She could not hear what they were talking about but she could judge that some argument was going on. As her father seemed to be shouting and left the house. After some time her mother Padma, left for the lighthouse and in the darkness of night both eloped from there and they were never seen again. People were gossiping that she went with Robert who lost his job at the lighthouse. The story did not end here. The old man chanted some holy words and Sylvia was back from there mentally. She felt a headache for a moment but soon she was ok. Now the old man told her that his name was Venkateshwara and he was a priest in a village at Kovalam. There lived a family of Unni Krishnan. He was one of the richest persons and belonged to a prestigious family. People respected him for his kind-heartedness and honesty. He had two beautiful daughters – Padma, the eldest, and Ratna the younger one. Both were beautiful, caring, loving, and well-mannered daughters. Somehow one day, Robert came in contact with Padma and was in love with her. They both loved each other. Later on, Robert came to know that if he would marry Padma, then he would get a lot of dowries. He became greedy. Padma’s father was a mature person and could read Robert’s mind. He simply said “No” for their marriage. Robert started shouting and just to take revenge, he befooled Padma and eloped with her. As a result, the prestige of Unni Krishnan got tarnished. People of the village boycotted him from society. No one was ready to marry Padma’s younger sister Ratna. Due to this harassment, Ratna committed suicide. Padma’s mother went to Coma due to the shock and died after two years of pain and agony. Father became bed ridden and had grown old. He was alone and repented for Padma and Ratna. He blamed himself and wished for his death. Now it’s you who can bring back the prosperity, prestige, and happiness of the house.

Sylvia held her head between her hands and became sad. She sobbed. The old man patted on her shoulder and told her to visit her grandfather. He gave her some beads and asked her to chant a few holy words when she met her grandfather. He promised her that everything would become alright. She touched the feet of the old man and took his blessings. The next morning, she took a flight and reached Kovalam. She was so eager to meet her grandfather that if she had wings, she could have flown there. Around 11:30 AM, she reached the village and saw the lighthouse at the edge of the coastal area. She asked someone for the address of Unni Krishnan. The villagers guided her the way but were shocked to see a person going to his house after a long time.

On reaching her grandfather’s house, she knocked the door and an old maid opened it. She asked for her grandfather and straight went to his room. He was sleeping with open eyes and was looking pale and week. Her Grandfather looked at her and asked about her. She took out the beads and chanted holy words. After that, she told the whole story as she finished the old man started crying and embraced her. He said why Padma could not forgive him, then Sylvia told him that she always remembered everyone in her talks but now she was no more. The news of her demise spread like fire and the return of Padma’s daughter gave the villagers a shock. Villagers came in large groups to get a glimpse of Sylvia. They were surprised as Sylvia looked similar to Padma. The next morning, her grandfather called a lawyer to make his will and to transfer all his property in the name of Sylvia. She stayed there and took care of her grandfather. After a week, he was back to life and was happy with Sylvia. She adopted Hinduism and decided to stay there forever. She was happy to continue her writing; she got the plot for writing her novel – “The Lighthouse”. This brought her fame as it had become the best seller. 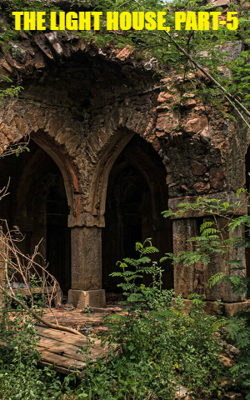 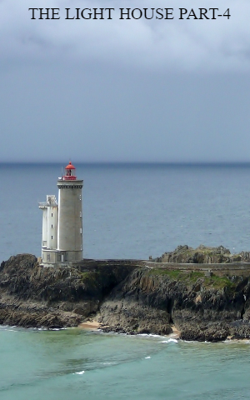 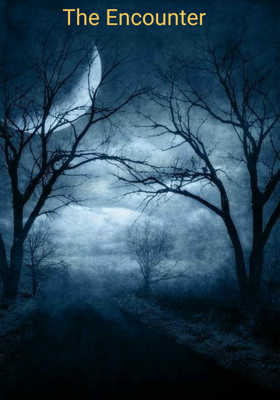 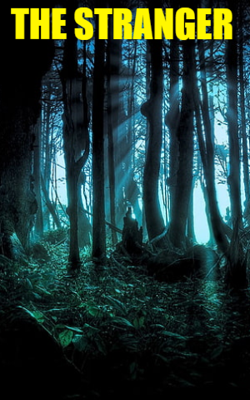 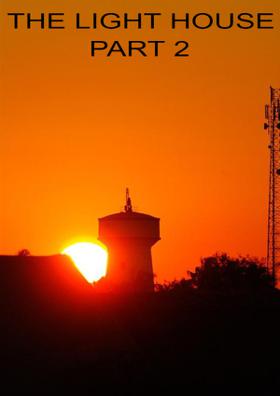