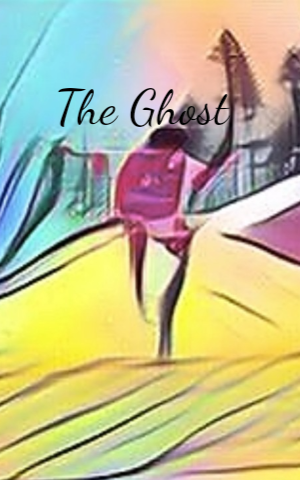 This is from the days when my school board exams were going on. I was sitting alone in my room with my book in my hand, comfortably on the bed. There was complete silence around, there was no noise, it was half past two the midnight. I was not in the habit of waking up till late at night, but the fear of board exams was such that I had decided to get up till late night to study. But when I got bored while reading for a long time, instead of reading, I started drawing on the book. I was engrossed in drawing, that's when suddenly there was a knocking sound in the room, hearing the sound, I looked here and there, no one was there, looked back, the door was also closed, then I looked at the clock, hanging on the wall in front of me. It was exactly two o'clock in midnight, I got scared as soon as I saw the time because I have been hearing since childhood that it is two o'clock in the night, It's time for the ghosts to come.

Now I had to be scared of remembering this, so I got scared too. But then my attention shifted to the calendar hanging on the wall, which was vibrating vigorously with the fan's wind and making the sound of knocking. I looked at the calendar angrily and thought, what's rubbish. Then I said to myself, Thank God, there was no ghost, it was calendar. Then I thought let's read a little then I will go to sleep, thinking that I had looked at the book again, suddenly there was a knock again, I was again scared after hearing the sound, because this knock is a little different, lighter and strange than the first one, came from behind, but I courageously explained to myself, am I afraid in vain, it's a calendar only. I was just thinking that I saw a shadow dressed in black clothes lying down next to me with my squinting eyes, seeing it as if standing next to me, dressed in black clothes, exactly the same ghost as I once had seen in the horror serial, I also imagined the same ghost standing near me, in exactly the same way. What was it then, knowing the ghost standing next to me, closing my eyes, I screamed faster than I could in one breath.

Even after screaming for a long time, when the ghost did not say anything to me, then having courage, once I opened my eyes to see the ghost, what was it, my mom was standing in front of me.

In midnight, because of my screaming so loudly, my mom was standing in amazement, looking at me. And I was surprised but happy to see my mom standing in place of the ghost.

Yes, that is, at two o'clock in the midnight, my mom, wearing a black colored gown, came to meet me, not the ghost.