I checked the document for the last time; the word count, the grammar and the plot. Everything

fell in place, I saved it and started winding up for the day, it was 6 in the evening when I left

time at which she has to meet the guy of her own interest, but for me, well I'm always a little pre-

occupied about something or the other. And I was not blushing while it said "Date" because I

would rather go home and watch a game of football. The only reason I was forced to accept a

date was because my mom was searching a groom for me.

Oh! You know how it is at home, your parents who until this phase have been very stringent

So yeah, that's how I ended up agreeing for a "date", to see if there's something in common

between us. I went back to my office and looked at myself in the mirror, seriously! I am not one

of those girls who would take her make-up kit for a date, which gave me a lot of "you are

strange" comments. Not that I didn't want to look good. I did not choose to make an effort to

Coming back to where I left, I combed my hair and tied it into a huge knot, ah! Very

comfortable, don't you just hate it when your hair is all over your face when you want to

concentrate on something? I washed my face, wiped off the smudged Kajal, rolled up my sleeves

and made my way to "Chai Republic" I was there by 6 20, a little early, and to my utter

happiness, last night's match was re-telecasted! Whoa! I plonked myself down on the couch cross

legged, and got engrossed in the match. This Messi guy scored a goal! Super!

"Woah super!" A guy right next to me shouted.

"Wonderful goal!" I blurted out, my eyes fixed on the screen.

It isn't that I didn't want to look beside, I was just not able to tear my eyes away from the T.V.

And I don't think he turned to me either. And so the conversation went on, I even remember

munching nachos and commenting, we were sharing comments and snacks as well. During the

break, I turned to see this guy, to whom I think I’ve been chatting for quite a while now.

We smiled at each other contently! The match was heating up really well. He had curly

hair is all that I noticed because it was unruly, and I don't remember anything else, and oh yeah

"Hi!"; We said at the same time, he was sitting right next to me on the huge couch. I liked his

way of talking, I didn’t notice random nonsense like his lip colour or the huskiness of his voice.

We were wearing the same Barcelona T-shirt and all we were talking about was the match. Just

when the match resumed, my phone vibrated.

"Hi darling! I've reached Chai republic." It was a message from Bhairav, he was not a

London groom, and he worked in Adyar. I was wondering as to when I'd become his darling. He

should have a sample of my temper, I thought, while telling him to come upstairs.

Sadness is when you have to give up watching a match, hey wait a minute, you'll know the

Bhairav came, wearing a coat, he looked good. But a coat for a cafe? Really now? He took the

chair opposite to mine and we exchanged smiles.

Oh so I became his darling before he knew my profession. Point noted.

"I'm a writer. You work as a manager right?"

"Yes. Ha-ha. These days freshers are very lethargic. Even today we had a meeting and I had to

I was at this point gaping at him. Dude! I do not want to know about the statistics nonsense that

you are talking about. He went on about how his company became predominant and all.

Later, he ordered pasta and I ordered a piece of cake-black forest. He looked at me as if he saw a

cockroach sitting on my nose.

"I'm comfortable this way." I managed a smile.

What's wrong with eating a cake the way you want to? Now, this was getting clearly

uncomfortable. I think he'll faint if he sees me eat chicken biryani. I was not a prissy person at

And then I asked him about his interest and he said “Oh! I love watching my dog sleep."

"Goooood!" I wanted to bang my head on something. I was shocked when he blushed, dude! I

He started fidgeting with his blackberry after that.

"What phone do you use?" He asked.

"Nokia XL, but I'm more comfortable with basic models, so I always have a Nokia 1100, very

handy!" I tried to make conversation.

"Oh! I have always used only smart mobiles. I also have a tablet in addition. Here, check it out."

He handed me the device.

Pretty cool! I must say, I wanted to see the features, and I started fidgeting with it, he turned all

"What are you looking for?" He asked.

"Does it have games?" I looked at him, he was in the verge of grabbing the phone. God knows

After about a minute he told we should go for shopping and he'll buy me cosmetics,

"No thanks, I'm comfortable this way."

"You look very plain, why don't you use Maybelline's eye conic?"

I was amused, it wouldn't take him long to start talking about the shades of lipstick in Lakme.

Cherry on the pie, he started whining that he couldn't take a selfie with me because I was

I sighed, hopeless! He also had a problem with me not liking jasmine flowers. He said I need to

wear chudithars and sarees instead of Jeans and t-shirts. Apparently, I wasn't supposed to talk to

the "all the boys: in the media because they were "very bad." With this I started chuckling. I

couldn't help it, I was laughing my heart out. My best friend himself worked in the media. I

imagined him punch Bhairav's face for this. And I laughed even more.

Bhairav faked a phone call and waved me good-bye, I then recieved a call from my mom. She

said the guy's family expected a girl coming from an orthodox background, and that Bhairav

thought I was too reckless to handle.

"Ma, tell him to leave me alone." I cut the call grinning.

I returned to the couch and started commenting along with the curly-hair guy on Lionel Messi. I 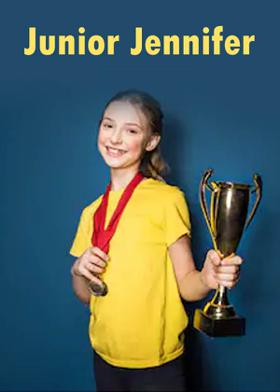 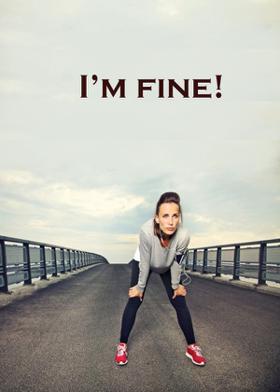