The twists and turns of life are so unpredictable. The plan for the future is a persistent question asked to the fifteen-year-old boys and girls, who are at the threshold of life. The so-called ‘decisions’ have to be taken ‘Now’ would ring like a siren in the ears. Here is Ram with his own modus operandi.

All these years scores and the percentage was never a bothersome element. Suddenly what happened to my parents Ram would contemplate for hours. What a mad race! Nevertheless, Ram did what he had to. He listened to his parents too. He had decided, come what may, I am not letting myself be stressed. He never wanted to cause any pain nor embarrass his parents in front of the ambitious world. He set his time table in such a manner that he would not only get time to study but enjoy too. Moreover, his trump was playing chess with his father, which was his stress buster.

As time passed the dates of board exams loomed up threatening the entire student community. Alarming them to give up all rest and joy. Why? Asked Ram’s conscience. His heart ached. Every house was buzzing with revisions, test series, meeting institutions - be it school or classes. All had their own notion and were so enforcing. Little did Ram realize that the bug of competition was welcomed in his house too. After that, the epidemic did not cease. It took many promises from him but never lessened its pressure. Is this a competition among students or parents or coaching classes or schools? Who wants to prove superior and at whose cost? There is no answer.

A conscious child will definitely make efforts. Once the results are out the scene in best to witness. Schools will claim their hard work. Coaching classes will take their best commercial garb and make you an icon overnight. ‘Get me out of this. I am choking to death!’ cried Ram and I think every child likes him.

What makes Ram different is that he sets an example to de-stress you. Beware of this showbiz. Have a controlled mind- sounds unique! He did not budge from his regular work. Never got his mind affected by the ocean of resources available. He took the entire guidance from his school and teachers to the best of his knowledge. Play and progress was his mantra. He was determined. If he slackened he would be the victim of counseling. He kept his pace and competed with himself.

One has to compete, not with the world but with oneself. Keep polishing yourself. Ultimately you will shine and so did Ram. Can we not be one like him kids? If you are focused and determined to do your best; if you are ready to compete with yourself and not others; you will soar higher. Don’t be depressed if you are not the first. Remember, you weren't the worst and that brings a difference. 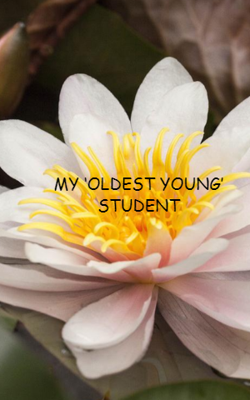 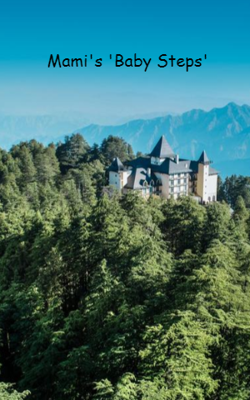