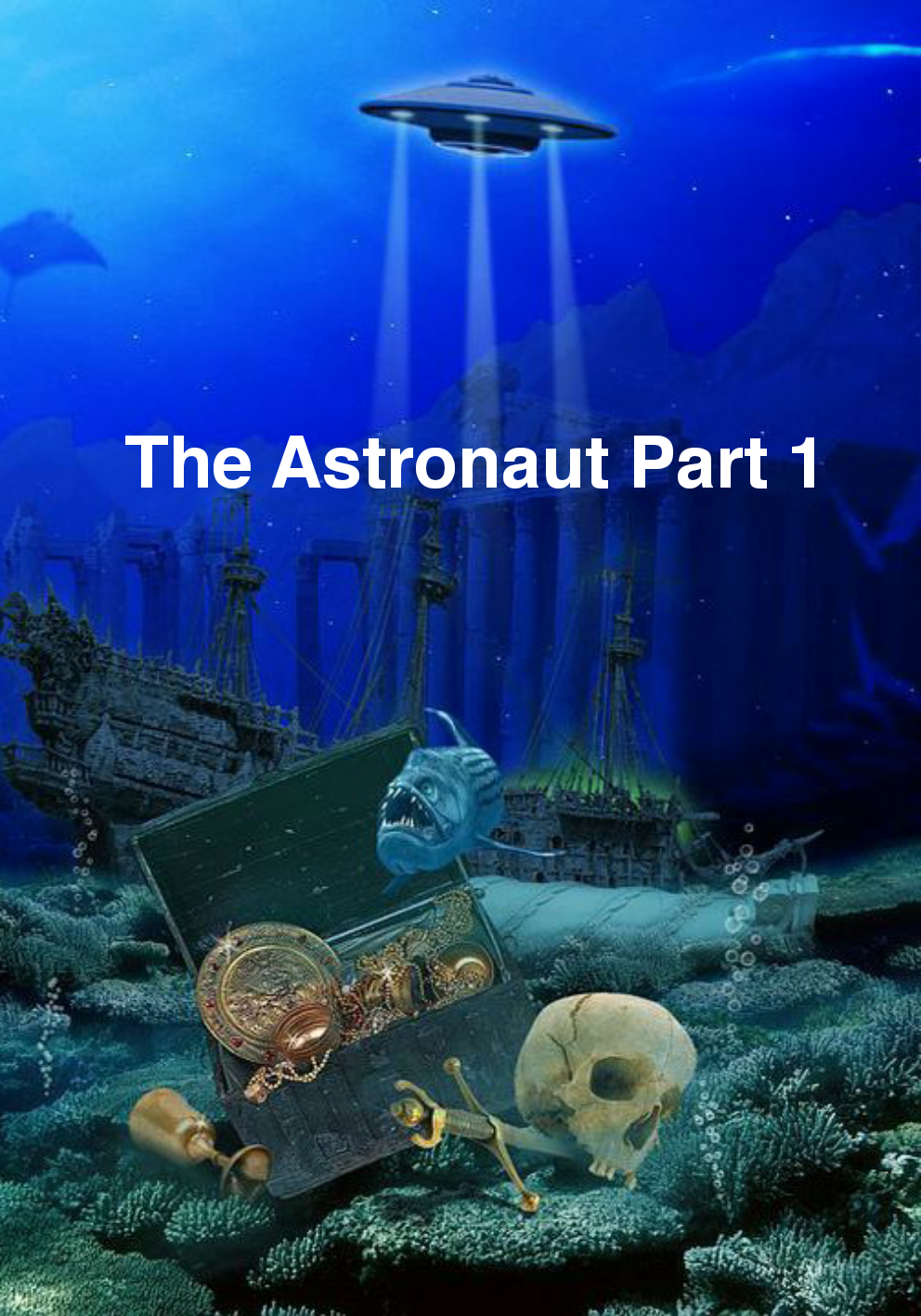 Most of you have heard about Area 51, the rather infamous facility rumoured to harbour evidence on extraterrestrial existence. Would you believe me if you told you that all of that is true and you don't have the faintest idea of what goes on deep beneath the ground in a multi-billion dollar secret facility?

"Scimitar, a package is on it's way, will reach you in exactly 14 minutes. Go through the contents and revert back ASAP. In God we trust". That was Area 51, they still trust in God; the irony ! God really did turn out to be an astronaut.

Oh, sorry, an unnecessary muse. I am Scimitar, my real name is....erm....not important. My real identity doesn't exist anymore, dead, drowned in the Andaman Tsunami, 2004. I was in contact with the Anti Alien Task Force (AATF) before 2004 and I willingly gave up all to become a permanent staff at this facility, India's very own Area 51, deep within the forests of one of Andaman's 572 inhabited islands. I am old, probably at my age Indian men seek God, go on pilgrimage and practice celibacy. I seeked out and found God, the real ones. I was named Scimitar, the fancy looking weapon from Hindu mythology. The humans at this facility are all named after weapons and the other beings that hang out here have human names like Jack, Steve, Elizabeth.

"Sir, Antoine has responded, it's vitals are stabilizing, might be able to talk..".

"Tomorrow". I intercepted my anxious understudy. She is barely 20, hails from a small village in western France, they named her Dagger.

"Send him over would you".

She hesitated for a second and left my study. She doesn't like Tiago much, maybe because of his extra eyes. I have seen far more hideous looking creatures in my life.

"Please take a seat". I insisted.

"Only if you give me my drink, the best drink in the whole seven galaxies ! "

I had kept some ready for him. The bastard only talks when he gets his banana smoothie. You heard it right, banana smoothie, the best drink in seven galaxies. Sigh."

I totally won't judge Dagger for loathing Tiago anymore. I am too old to get worked up anyway.

This creature has 5 tongues and makes sounds that we humans can never replicate. Tiago is the closest Earth name to what he just called himself.

"So, Mr.T. You have now recovered from your crash. We are satisfied with your cooperation thus far, and hence wish to offer you safe return as a courtesy. As you know, Gliesians like you are S rated threats according to galactic law".

Tiago licked some froth from his violet lips while looking around my study with six eyes. The seventh one is firmly meeting my gaze.

"Thank you for not eliminating me. Many planets wouldn't be as considerate as your's. Most of my teammates have perished on our visit to this universe".

"Why are you here ? What purpose do you have on earth?"I shot questions at him.

"Let me put this straight, Scimitar. You are judging me from the history of my race, aren't you? We Gliesians are known as a violet race of warmongers, an S category threat as you pointed out. Do you think I came here to destroy your planet?"

"Sorry Tiago, i will be asking the questions tonights. Only because of your conduct have you not been neutralized yet. So please answer me. Why did you come here? "I should end this fast, the parcel should be here by now. Dagger must have recieved it.

Tiago gulped down another mug of smoothie and stared at the restarting cuffs on his tentacles. Those should keep a check on his telekinetic powers. He started.

"My race is much older and advanced than your's. We have evolved for many thousands of years into this perfect being that stands on the pinnacle of creation. But we started off as an experiment. A million years ago, the first Gliesians evolved from primitive organisms and started walking on planet Gliese. By God's grace, our civilization kicked off".

"Your race believes in God as well?"I interrupted.

"Believed, for many centuries. Until we evolved to a point where we became Gods ourselves. Now beings of other planets call us Gods. You see, a being who is not in control of what encompasses his life, seldom seeks refuge under a higher calling, expecting salvation from his torments. But since you asked, Gliese and Earth was created by the same God."

Tiago had me on the edge of my seat, i could only edge him on for more.

"We were a part of an experiment. Winged creatures, similar in appearance to your race, from planet Unomeda created us for fun. They came to your planet for the mineral you call gold and then created you from apes to serve as labour. They did the same with us when they came for Huberdite to Gliese. You might have seen these tall winged creatures in your Egyptian, Sumerian and Mayan texts". Said Tiago.

"Horus". I exclaimed. "The Egyptian God".

"Yes, one of them. From Unomeda. Now gone, destroyed by a meteor shower. Our creators don't exist anymore". Paused the alien. "In the Mayan scriptures, you shall find Itzamna, the creator God, an Unomedan. He had a major part in shaping Gliese as well. Yet, look how different his creations are. You, me".

I was left blank for a few moments, I always believed that we were created by aliens, yet the truth seemed so distant, so unbelievable. The provenance of creation of two completely distinct races, born light years apart, was shaped at the hands of the same creator. Fascinating.

"So i assume that the reason for your visit to Earth is discovering more about these Unomedians?"I asked, adjusting my spectacles.

"You consider yourself an intelligent being don't you?"Tiago asked in mockery. I responded with a curt nod.

"Gliese doesn't need knowledge from Unomeda. We have well surpassed the knowledge of our creators, we have created our own subordinate races to do our bidding in 37 planets in different galaxies".

"Then it is true. What they say about your people. Your intention is to rule over entire galaxies and solar systems. You are only behind Z and Z rated planets in intelligence and military prowess. If my knowledge serves me right, only 5 races are considered more advanced than you". I could see the anger in Tiago's eyes. His pride tells me that his intentions of visiting earth were not friendly. "I will ask you again, why are you here on earth?"

The abomination soliloqueyed in his own tongue as all five of his tongues started licking the jar of smoothie clean.

"Monsieur Scimitar"I felt Dagger entering my study. "Got this parcel for you. Says Area 51".

"You ask why we came to earth?"Tiago started. "Simple. To wipe you out".

Everything happened in the blink of an eye. Tiago ripped apart his restaurant cuffs and dissapeared. I turned around, pulling my extermination laser out from my drawer and saw Tiago's face on the shiny surface of the metal suitcase in Dagger's hands. One tentacle pierced Dagger and left her on the floor in a pool of blood. Tiago's face reflected on all glass and metal surfaces nearby. "Bye bye Scimitar! "Tiago let out a spine chilling laugh and vanished in thin air.

People and aliens swooped in, gearing the commotion in my study. They picked up Dagger and took her to the medical room. I stood with the metal suitcase, trying to comprehend what had just happened.

"Scimitar, Scimitar!!"Spear repeatedly shook me till I regained my senses.

"Spear, Tiago's gone. There are more Gliesians on Earth. Alert all AATFs, we have an S rank threat to our planet". 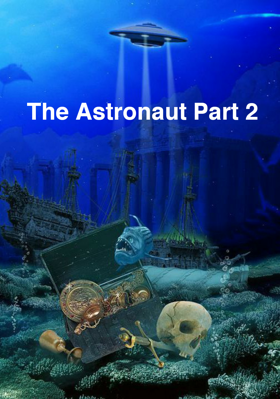