Pandit Ramakrishna, also known as Tenali Rama, was a poet and an advisor in the court of a renowned King named Krishnadevaraya. He was known for his amazing wit, humor, and extraordinary intellect. All the stories of Tenali Raman tell us about his relationship with the king, his wisdom and his problem-solving capabilities, and his humor.

My grandmother once had recreated Tenali Rama stories by saying them to us during bedtime. Some of these are as follows.

Once when King Krishnadevaraya had gone to survey the jail, two robbers who were earlier prisoners, asked for his mercy. They told him that they were experts at burglary and could help the king in catching other thieves as well.

The king being a kind ruler, released them with a condition. The prisoner thieves should break into his advisor Tenali Rama's house and steal valuables from there. The thieves agreed for this challenge.

That same night the two thieves went to Tenali Rama's house and hid behind the bushes. After dinner, when Tenali Rama came out for a stroll, he heard some rustling in the bushes and at once perceived that someone is hiding in his garden.

After some time he went into his house and told his wife loudly that they have to be careful about their valuables as thieves may come to steal. He told his wife to put all the gold and silver coins and jewelry in a trunk. The thieves overheard their conversation.

After some time, he and his wife carried the trunk to the well in the backyard of his house and threw it in the well. The thieves saw this.

As soon as Tenali Rama went inside his house, the burglars came to the well and began drawing water out of it. They kept drawing water the entire night. Almost at dawn, they managed to pull out the trunk but were shocked to see only stones in it. This is when Tenali Rama came out and thanked them for letting him sleep well at night and also for watering his plants. The two thieves understood that Tenali Rama had outsmarted them and apologized to him, who in turn let them go.

Moral:The moral of the story is one should avoid accepting false claims and should test and think before believing someone.

Another story was about greedy brahmins.

The mother of King Krishnadevaraya was a very religious person. One day she came and told the king that she would like to offer ripe mangoes to the brahmin,  the next morning. The king asked his attendants to bring good quality ripe mangoes. However that very night, the king's mother died. The king was very dejected, but he remembered her last wish.

The king performed all the necessary religious rites and on the last day, he called some brahmins and asked them to suggest a way to fulfill his mother's last wish. However, the brahmins were of a greedy nature. After a discussion, they told the king that his mother's soul would be at peace only if the king donated mangoes made of gold to them.

The king invited the brahmins the next morning to give away gold mangoes to them. Tenali Rama heard this and at once understood the plan of the brahmins. He invited them to his house to teach them a lesson.

The next day the Brahmins were very happy to get the mangoes made of gold from the king. Then they went to Tenali Rama's house thinking that he too would donate something valuable to them as well. But when they went inside his house, they saw Tenali Rama standing with a red hot iron bar in his hand.

The Brahmins were visibly shocked. Tenali Rama told them that his mother had died after suffering from rheumatism. She always wished to burn her legs with the hot rods to ease the pain. Thus, he wanted to burn the legs of the Brahmins so that his mother's soul could rest in peace in heaven.

Moral: One should not be greedy and they should be happy and contented with whatever they have.

The next story was about Tenali Rama and the cursed man

In the kingdom of Vijayanagara, there lived a man named Ramaya. He was regarded as very inauspicious by the local people. They believed that if they saw him in the morning, their entire day would be cursed and they would not be able to eat anything throughout the day.

This story reached the king's ears. He invited Ramaya to his palace. He ordered his attendants to make all the necessary arrangements for Ramaya's stay just beside his room. The next morning, the king without meeting anyone, went to Ramaya's room in order to see his face first.

In the afternoon, the king sat down for lunch, but could not eat anything since there was a fly sitting on his plate. He ordered the cook to prepare lunch for him again. By the time, lunch was prepared, Krishnadevaraya did not have an appetite for eating anymore. Since he had not eaten anything since the morning, he could not concentrate on his work. He realized that whatever the people had said about the cursed man, was indeed true. Thus he decided that a jinxed man like Ramaya should not live anymore and ordered his soldiers to hang him.

After coming to know about her husband's punishment, Ramaya's wife rushed to seek Tenali Rama's help. With a lot of grief and tears coming down her cheeks, she told Tenali Rama all that had taken place.

The next morning, when the soldiers were taking Ramaya to hang him, they met Tenali Rama on the way. Tenali whispered something in Ramaya's ears and went away. When the guards asked Ramaya for his last wish before being hanged, he said that he wanted to send a note to the king.

The guard handed over the note to the king. The king read the note in which it was written that if seeing my face, one loses his appetite all day, then a person seeing king's face, first thing in the morning is destined to lose his life. So then who was more cursed – he or the king?

The King understood what Ramaya meant and set him free.

Moral: We should not believe in superstitions.

Another story told by grandmother was about a handful of grains and a thousand gold coins.

There was a woman named Anuradha, who lived in the Vijayanagara Kingdom. She was very proud of her accomplishments in the field of fine arts and was very arrogant in nature.

One day she put up a board in front of her house that read that whosoever would defeat her in wit, intelligence, wisdom, and knowledge in ancient books, she would reward that person with one thousand gold coins.

Many scholars took the challenge but were defeated.

One day a man selling firewood was shouting on top of his voice just outside her house. When this went on for quite some time, Anuradha got irritated. She came outside and asked him to sell her the firewood. The man hearing that said that he did not want to sell his firewood in exchange for money but for a handful of grain. Anuradha agreed and asked him to dump the firewood in her backyard. The man insisted that she did not understand what he had actually asked for. He further told her that now if she couldn't pay the exact price of a handful of grain, then she must give the thousand gold coins and also take off the board asking people to come for a game of intellect with her. Anuradha got angry and said, "what nonsense are you saying?"

The vendor replied that it was not nonsense, and she had failed to understand what he meant, and hence had lost in the argument of words.

She got very angry. After a heated argument between the two, Anuradha approached the Provincial Court. The judge heard what Anuradha had to say. Then the firewood seller was asked to speak. He told the judge that in lieu of the firewood, he had asked her for a handful of grains which means a grain that would fill her hand. Since she had failed to understand such a simple thing, she isn't as wise as she assumes to be and therefore should take off the board in front of her house.

The judge was impressed by the firewood seller's intelligence and wit and asked Anuradha to pay him one thousand gold coins and to take off the board outside his house.

Tenali Rama had actually disguised himself as the firewood seller in order to teach Anuradha a lesson.

MORAL: One should be humble about one's achievements and intelligence and should always remember that there is always someone who is greater than us and the greatest is the Divine Lord!

Thus many tales were told by my grandmother every day and all were very inspiring and full of wit and humor. Tenali Rama is compared to Birbal who was equally witty and was the minister of Akbar the great.

A TV serial is currently being aired on an SAB TV channel named 'Tenali Rama'.

It shows many witty and humorous solutions that Tenali Rama gave to his king Krishnadevaraya while solving problems and court cases. 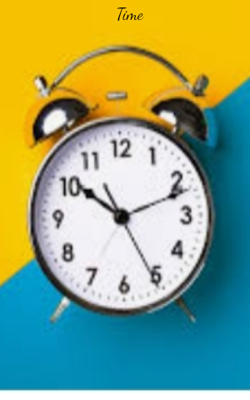