Stephen grabbed the ball from the opposing team and ran across the court as the audience was shouting his name in cheer. He faked out his defender and stepped back for a smooth 3-point shoot. There was only 1 second left in the basketball game, but as the buzzer rang, Stephen’s shot fell into the net! His team had won the game, and he was the MVP! “Stephen, Stephen, Stephen!!” the crowd cheered. His happiness was strangely interrupted by the voice of his teacher, Mrs. Finch.

“Stephen,” she shouted, “wake up! This is the third time this week that you’ve fallen asleep in class!”

Stephen woke up with a dazed look on his face. “Huh?” he said, sleepily. As his classmates laughed at him, Mrs. Finch pulled out her green detention pad and handed him a detention slip. “You’ll have detention for a whole week if I catch you sleeping again!” she said. Stephen simply nodded and stuffed the detention slip in his pocket. He was slightly frustrated because the 1 hour of detention would cause him to attend basketball practice late!

According to his coach, LATE=LAPS!

The rest of the school day went by quickly. He ran into his best friend, Robert on his way to the detention room. Stephen had been friends with Robert for as long as he could remember. They always played video games together and played sports together. Robert was the honor roll student of the grade. He had straight A’s and never missed a day of school. He was well-reputed in the school for his diligence and hard work in academic. Sometimes, Stephen wondered how they were friends. Stephen took school very nonchalantly. He didn’t turn in a lot of homework and usually had C’s and an occasional B! The two boys just strangely clicked!

Fortunately, detention flew by pretty quickly. Stephen ran to basketball practice, trying not to be noticed by his coach.

“Well Stephen,” Coach Wright shouted, “glad you finally decided to join us! Run 20 wind sprints down the court starting now!” Stephen quietly groaned and started to run. After a sweaty practice, Stephen headed back home. He was really tired and hungry, and enjoyed a dinner of pasta and chicken wings. He went upstairs to his room, completed his math homework, and called it a day. Stephen was asleep as soon as his head hit the pillow! He was wiped out!

The next morning, Stephen went to Robert’s house before his walk to school. Robert opened the door with a stressed face.

“Every device?” Stephen asked, shocked to hear the weird news.

“There’s nothing left,” Robert replied, “No TV, iPads, phones, even the kitchen appliances!”

Stephen couldn’t believe his ears! Who would take every single device in a household? He reached into his pocket for his phone to call the police.

His pockets were bare.

Robert’s eyes grew big. “Did the same thing happen to you too?” he asked.

Stephen looked through every part of his backpack, but he couldn’t find his phone. “Let me run home and check real quick,” he said, “be back soon!”

The situation was the same when Stephen went into his house. The entire home was stripped of all electronics. Even the Google Home Mini, which Stephen never even used! “Mom!” Stephen cried out loud. His mother came downstairs, her eyes red and puffy, which could only mean that she was crying. “Our Tesla was stolen Stephen,” his mother said, “and so did all our other electronics!”

Stephen could just sadly nod. He ran back to Robert’s house and told him the devastating truth.

At school, the class was dysfunctional too. The class drama king, Kevin, was sobbing the entire period because he lost his phone. “I can’t even tell my SnapChat crew about this miserable situation!” he cried in despair. Nothing was taught because their school mostly had online-based learning. The teacher’s SmartBoard didn’t even work.

That night, Stephen just stared at the ceiling from his bed. “This just doesn’t make sense,” he thought, “who could’ve done such a horrible crime”? He slept with worry, hoping that things would turn out better the next day.

The next morning, there was no flow of water in the sink as Stephen brushed his teeth. The shower wasn't working either. "Now what," Stephen angrily thought, "is the water stolen too?" His mother couldn't even cook anything, because she needed water. Stephen went to school in frustration, dirty and hungry. Once again at school, everyone was experiencing the same situation. They were all hungry and unclean. The school was so concerned, that they just ended school early.

Stephen and Robert couldn't take it anymore. They had to solve this mystery. They laid in the grass, hoping that the sky view could give them some sort of clue. That's when Stephen heard something in a distance. It was the faint running of the faucet. He quickly got up and began to move towards the noise. He came to the house of the local scientist, Dr. Baron Von Leutus Exorcius Dutche. He moved in recently, and Stephen always had a suspicion that he doing something strange. "Open the door doctor," Stephen said as he pounded on the mahogany door of the scientist. "Who is this?" the scientist asked quietly. "You mailman sir!" Stephen replied, cleverly.

"Oh goody," the doctor said, "the tools for my next evil scheme must have arrived." The doctor, who had just had a shave, opened the door and saw the fist of Stephen punching his face. "Yowzers!" he cried. "Your time is up doc," Stephen bravely said, "what have done to our electronics and water supply." The scientist put his hands up in the air. "Ok, ok, you've found out it's me," he admitted with guilt, "but let me just tell you the purpose of my experiment. You see, humans are so caught up in their own lives today, that they hardly care about others. I wanted to help our society realize that there are more important things than just yourself. Now, I know this water and electronics outage was hard to bear, but look at the impact on society! People volunteered at the dog shelter, library, and they even cleaned up the park! I was trying out a little social experiment! Now, I promise you that the water and electronics will be back in their proper places by tomorrow, ok!" Stephen like the doctor's idea. He agreed and went back home.

The next morning, Stephen woke up, expecting to hear his alarm clock, but it was still missing. The water was still gone too!

He ran to the doctor's house in his PJs and knocked on the door. There was no answer. That's when he noticed the "House for Sale" sign in front of the doctor's house. He had left with their water supply and electronics.

"BEEP, BEEP, BEEP, BEEP, BEEP, BEEP, BEEP, BEEP!" Stephen's alarm cried. "Huh!" Stephen woke up with shock. What a bad dream! No water, no electronics, and an evil scientist?! Stephen happily brushed his teeth and ate a hearty, healthy breakfast. He walked to school with his AirPods loudly playing rock music and enjoyed his day at school. Basketball practice was awesome, as usual, and he had an awesome night back at home.

The next morning, as Stephen was walking to school, he noticed a moving truck near the empty house at the end of the street. "Cool," he thought, "new neighbors!" He took a closer look at the new man that was moving in. He was carrying big boxes of what looked like science experiment tools and other dangerous equipment. "Hello sir," Stephen said politely. The man turned around, and he looked an awful lot like the evil scientist in Stephen's dream. "Hello buddy," he said creepily. It was Stephen's miserable nightmare, all over again!!!!!!! 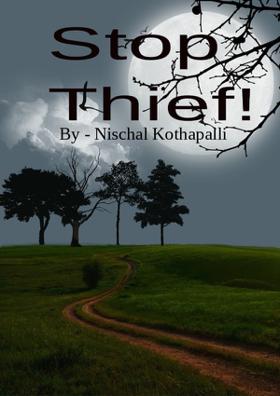