Seeing The World From A Small Scale

Seeing The World From A Small Scale

The mould* was really soft and I cuddled back in to get some more sleep. I was just feeling the sleep rolling over again when my friend started shouting. ‘Wake up, wake up Antoo’, I smiled at my nickname.

It was his idea only to keep nicknames; anyways, this name is way better than Ant number 22. I got to name him Anthru cause he is Ant number 23.

‘Wake up, wake up, it's the big day!’, Anthru continued. I woke up with a start, today was finally the day when we were going out. Excitement rushed through me as I got ready for today.

Anthru was blabbering about today’s events and I diverted half my attention to him because today’s itinere was really important.

In 5 minutes time, we were both in the room for the new recruits. The main ant (or Maan) stood in front of the room on a raised spot. He shouted, ‘Today, you all become collector ants. You have really trained well for today. Just remember, be in the line, you will be fine.’

A chorus of ‘Be in the line, you will be fine’ went through the group.

Maan ordered, ‘Now line up and begin the roll call.’

Maan continued, ‘So, before you all set out, I thought it would be better if we had a quick revision, you know for old times sake.’

I groaned, ants in front and back were also muttering angrily. Right from day one, we have been going about the same stupid lines and rules. Why couldn’t we simply head out the hole*? But no, we need to go through this torture once more.

‘Ok everyone, I am asking questions now’, Maan said while clicking his pincers.

He asked, ‘So, who can tell me some of the threats we might encounter today?’

Really why is this only always the first question, I thought in an exasperated way. Before anyone could voice out their dissent, ant number one had shot both of his antennas in the air. I have a hunch that he was ant number 1 because he was the first one to answer any question.

Maan spoke up, ‘We'll go ahead Ant number 1 explain about all the dangers.’

An(t)noying (nickname for ant number 1) started giving the answer excitedly, ‘For a collector and there are many dangers. Our ancestors were always in danger of the vicious anteaters but now that we are living near the giant's dwelling, anteaters are no longer a potential threat. Spiders on the other hand have started to take an extreme interest in us. They roll their webs around us and devour us slowly. Starlings are nasty birds that love stooping down and munching us as starters. Walls need to be avoided as lizards usually lounge there. Most importantly Giants* are the greatest danger for an ant. With their large weapons, ants can easily be crushed.’

Maan was smiling broadly, ‘Well done ant number 1, you will be leading today.’ An(t)noying looked as happy as he had just received a tub full of sugar. Anthru whispered in my ear, ‘Everyone is betting on how soon he will die, what do you think?’ I snorted and just shook him off.

A bugle sounded from the tower. Maan exclaimed, ‘Oh my! You all need to move. Just remember every lesson on Giants. Come on everyone repeat after me, Be in the line, you will be fine.

And with this chorus, we all stepped out of the hole. The world was beautiful outside. Everyone’s breath was taken away by looking at such a bright world. It was so bright, no mustly corridors, this world was big. It was green around us, tall grass hiding the blue sky. Seeing it the first time left me enthralled. I was glad to smell and hear so many new things. It all appeared amazing.

An(t)noying’s annoying sound fell on my antennae, ‘We need to keep moving collector ants.’ Seriously, that ant has no excitement for this world, all he cares about is collecting food to impress Maan.

Everyone grudgingly followed him. He kept shouting, Be in line you will be fine but we all were more interested in sightseeing than the old slogan.

‘I can smell sugar!’, exclaimed An(t)noying. Every ant’s antennae perked up. Yes, that was definitely sugar. Every ant marched quickly. Antnoying was practically running. Another bend through the grass and we reached a blue piece of land*. The soil here was blue in colour. This was strange. But Antnoying was not bothered by the change in soil colour; he leads us straight to the island of sugar*.

Some Giant things were kept near the sugar. And the giants were there too, I screamed and so, did several ants who noticed them.

‘The Giants are guarding their sugar, Antnoying we need to turn back.’, I called for his attention. Antnoying just shook his head and spoke, ‘If you would have paid attention in lessons you would have known that giants move a lot. These things are just dummies*. Now, continue following me.’

Heart hammering we all followed him towards the sugar island. When those things didn’t attack I started to relax. Well, Antnoying was right this time, maybe we should change his name.

Each ant went forward to load the sugar on their backs. We then started to head back. Every ant was proud of their achievement. Antnoying moved amongst us encouraging us to move faster.

When he came near me, he frowned, ‘You call me Antnoying?’

I spoke politely, ‘Well, you are an annoying ant. But thanks for guiding us rightly else, we would never be able to get this sugar.’

He smirked, ‘Well you will learn, Kid.’ Did he just call me kid? We were of the same age, I am never going to change his name.

We continued Antnoying continued to teach me and I was turning mad each second.

Something moved above on that plant. Some white liquid fell on our left. A fat spider dropped on our left. He spoke in a rusty tone, ‘Food!’

Then it was total chaos and every ant was running away from it. The beast squirted its web on Antnoying’s sugar baggage. It was pulling him back on the plant. I grabbed Antnoying’s leg, and Anthru held me. I shouted, ‘Antnoying let go of the sugar.’ He just shook his head.

The spider was pulling him closer towards its mouth. If he didn’t let go now he would become a snack.

I was thinking of a way to help him when the land below us started to shake. A giant was coming towards us. It was wearing big red boots*. Boots were giant’s weapons to assassinated many ants at the same time.

The giant came near the plant and started to pluck out a flower. It shook out the entire plant. The spider was thrown away. Its web snapped and Antnoying fell down on us.

Antnoying was shaking and muttering, ‘Don’t let go of the collection. Keep going.’ Really, he nearly died yet he is worried about the collection. ‘Come on we need to move, I said.

We both started to drag him. The ground rumbled again as the giant made its way back. We were just able to drag Antnoying away from the giant when it started to head back. Antnoying wept as all the three sugar cubes were crushed by the giant boots.

‘Well no need to cry over crushed sugar*, we should now head back’, I declared.

We were able to reach the hole before sundown. Though Maan was not happy to receive us empty-handed. We clearly failed. Antnoying was devastated. Well, he did learn everything.

Scrubbing the hole, I could just think about fate. So much could have happened today but still, we managed to come back. The world outside is too big and weird. It can definitely be never gauged by my small scale.

All I can do is enjoy as much of it I can in my little life.

* Mould is a bed for an ant

* Giants for ants are human beings

* Blue soil was actually a blue picnic mat. The Giants were out in the garden having a picnic

* These dummies were actually dolls of a young girl

* The little girl was wearing red boots that day 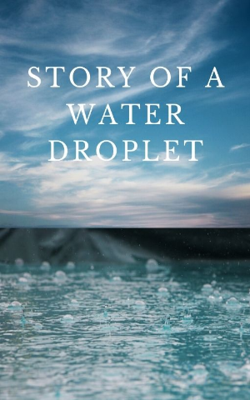 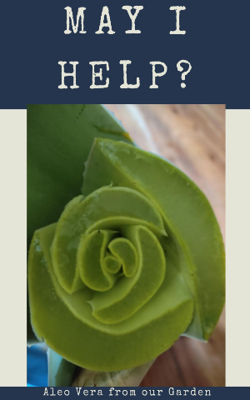