“I selected you for this final mission because you're a good friend Zoya”, Jessy said.

“Have you brought the thing that I wanted, Soldier?”, Jessy asked Zoya surreptitiously.

“No, Chief!”, Zoya declared, “Don’t worry. Rahul is bringing that.”

It was a pitch-black atmosphere and utter silence was prevailing all around in such a way that they could hear the 'tick-tick' of the watch. Soon, they started preparing their bags for the long night.

The silence was broken by a weird creaking sound followed by a noise indicating someone coming close. Zoya loaded the gun quickly and turned on the torch over it. But luckily it was only Rahul with a small strange box.

“Were you being followed?”, asked Jessy suspiciously.

“Is there everything in the box?”, Jessy asked.

Rahul cautiously opened the strange box. Picking up a red-colored element from it, Zoya started examining it thoroughly. The thing was peculiarly shiny, strangely reflecting lights like flash-light, had indistinct numbers probably like a countdown, but had a familiar look.

“I think it’s time for my speech”, said Jessy, “Ok… We are here to save the world. Mission 131 has to be successful at any cost. We will follow the plan. Remember, we’re friends. We completed so many missions successfully together. You two are not only my best soldiers but also my best friends too. The future depends on us. Even if we die today, we will be remembered. So, are you ready?”

“Yes chief!”, both replied together.

“Initiating Mission 131. Over and out!”, Jessy said on the radio.

As soon as she turned the radio off, the same weird creaking sound was heard again. The ground shook like an earthquake. They all were surprised seeing the two giant legs in front of them that made their blood run cold. The horrible voice boomed from above:

“Hey, what are you kids doing under the bed with my mobile phone?” 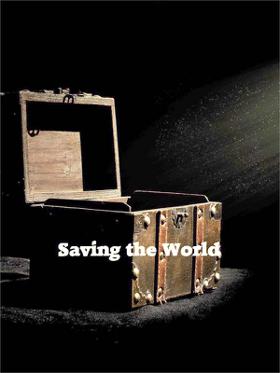