Lying in bed Nakul realised with a shudder that it was a Monday morning. He didn't want to go to school so he prayed that his school would be destroyed by an earthquake. But this is impossible. He started crying that he has a headache so his mother allowed him to stay at home.

At 9:30 when he ought to have been shouting in the school prayer hall, Nakul was lying on the bed. His father came and asked him if he doesn't have any school today. Nakul knew that his father is stubborn so he changed his tactics and told that he was having a headache and now he cannot go so late. His father replied that "it's your fault. You have to go to school." Nakul replied, "no I cannot go so late, the teacher Samuel will beat me." "Does he beat the boys?" "Yes, he is very violent, he makes the children especially boys who come late stand on the bench for the whole period and caned them till he saw blood on their hand."

He thought that his father will now not sent him to school but the father's behaviour took an unexpected turn. Father took it as a challenge. His father sends him to school with a letter. Nakul asked apprehensively if his father has written anything about Samuel, his violent teacher. Father said, "this letter you have to deliver to your headmaster." Nakul told with a low voice that the headmaster is also afraid of Samuels violence. Father didn't listen and told to deliver.

After reading this letter headmaster would dismiss Samuel and hand him to police. Nakul stopped on his way to school in between and started thinking about Samuel. Samuel was a genial man and often cracked jokes. When Nakul reached his school he thought that he will deliver the letter at the end of the day. He thought that by afternoon Samuel would do something to justify the letter.

Nakul entered the classroom. Samuel asked, "why are you late?" Nakul wanted to reply just to see what you can do. But he merely said headache thinking that now he would be beaten by his teacher. But Samuel allowed him to be seated. Next, Samuel asked for homework. Nakul replied gently, "I haven't done". "Why headache?" "Yes." "Sit down."

Last period was again of Samuel to teach Indian history. Samuel was teaching that Vasco Da Gama came to India first. Nakul shouted, "why not Columbus came to India?" "He lost his way." Can't believe such a great person. His next chance came when Sourav from the first desk asked who was the very first person to come to India. Nakul shouted, "Vasco-da-Gama". "Don't shout," Samuel said. "This is my ordinary voice God has given me." Samuel asked: "Harsh, when did Vasco da Gama reach India?" Nakul at top of his voice, "1648 December 20." "Now if you stand I will cane you." Samuel asked another question from Harsh, Nakul again shouted: "I want to answer." "No sit down." "But I want to answer. What will you do if I will not sit down?" Nakul asked. "Will you cane me and my screen of the knuckles?" "Come on." Nakulgot some cut on his hand and the bell rang. He ran with the letter to his headmaster. "Where is headmaster?" He asked peon. "He is on one week leave. You can talk to assistant headmaster Mr Samuel." 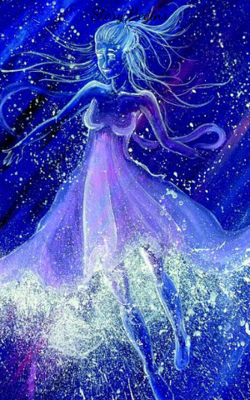 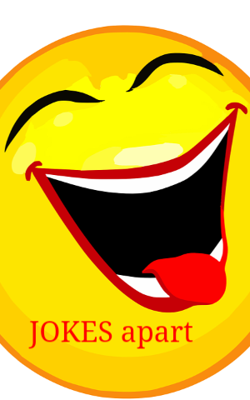