In the King’s court, there was a very orthodox teacher named Tathacharya who belonged to the Vaishnavite sect. He looked down on other people, especially the Smarthas – covering his face with a cloth whenever he saw people from this and other sects.

Fed up of this behaviour, the King and other courtiers went to Tenali Raman for his help. After listening to everyone’s complaints about the royal teacher, Tenali Raman went to Tathacharya’s house. Upon seeing Tenali, the teacher covered his face. Seeing this, Tenali asked him why he did that. He explained that Smarthas were sinners and to look upon the face of a sinner meant that he would be turned into a donkey in his next life. That’s when an idea struck Tenali!

One day, Tenali, the King, Tathacharya and the other courtiers went on a picnic together. As they were returning from their picnic, Tenali spotted some donkeys. He immediately ran up to them and started saluting them. Puzzled, the King asked Tenali why he was saluting the donkeys. Tenali then explained that he was paying his respects to Tathacharya’s ancestors, who had become donkeys after looking at the faces of Smarthas.

Moral - Don't judge people on their caste or religion. 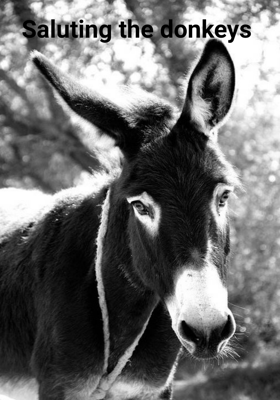