“Chakkare, Ingide Vaa di” her mother called her in a specific Palakkad Malayalam tone. Her eyes and lips were inside the gates of Laxmi Nivas and the rest was outside. Rayirathil Bhaskaran Nair (Muthashan) and Adavakkat Thankamani Malayalam Teacher (Ammumma) had made this their abode soon after their marriage. Two cows, a calf, 10 hens, a cat, 2 dogs and paddy fields at a distance of 500 meters from their house were their sole company for 11 months of the year. Though Murli Mama, Vijay Mama and Saju (all being Thankamani Teachers nephews) kept company to them at some stages of their life, most of their journey was amidst nature bounties.

The one month they really longed for was their grandchildren’s (Thankamani Teacher’s sister Satyabhama’s grandchildren) summer vacation wherein they could meet them along with children of Thankamani Teacher’s brother from Chennai. Chakkare was the 7th child of their neighbor Chathakulam Chandran – the toddy tapper and his wife Bindu Chechi. Their eldest child was Sindu Chechi who used to come in the morning & evening to get milk from Thankamani Ammumma for their source of livelihood – Chandran Tea shop. The tea shop was part of their small 150 sq. feet house and the family of 9 managed to make their living and live merrily. History goes that it was at the behest of Thankamani Teacher Ammumma that Bhaskaran Nair Muthashan had given this adjoining land for them to survive at a throw-away price.

Pullinelli was a serene village in Palakkad wherein the Malampuzha waters blessed the land with fertility and the Ertakulangara temple goddess blessed the people with humility. The walk from Mathur bus stop beside a tall Banyan tree amidst few other trees led to a narrow mud lane between two bamboo thorn fences.

Once you hit a big boulder the entire village along the Malampuzha canal is visible from there. As you pass a pond on the left side you see people taking bath on its either side at any time of the day. The gender preferences of bathing time are seen distinctly if you happen to travel at different times of the day across this pond. After you cross the small bridge which connects the Ertakulangara temple to Pullinelli you happen to pass a toddy shop on the right side and the left side being the canal following you. The fragrances of kappa and spicy fish curry is hard to miss. Once you head straight and across the 2 shops the first house is Laxmi Nivas.

Ammumma used to hardly allow any of the children to work on anything and the shield of protection from visitors was like “Z” plus security. At times because of his mother’s insistence Kannan, the elder grandson of Sathyabhama was told to bring some groceries from the shop adjacent to Chandran’s tea shop. While I made my way through chaste Malayalam, Chandran’s family members would look at me in awe. They would glare top to bottom on Kannan’s T-shirt, neatly combed hair oiled, his fair skin which beamed from a distance even if it is Amavasya.

Kannan, on the other hand, would look at them in awe thinking how so many of them managed themselves inside that shack. The sweet smell of Pazham Pori and Masala Dal Vada emanated from their kitchen and fill his nostrils while he was in his Ammuma’s house. As he walked back towards his house, the thought that Sindu chichi and her siblings were lucky to have this daily made him envious. Evenings in both the houses was an envious sight to all the villagers. Kannan, his younger brother Arjun and his cousins played cricket inside the gate with the palm of the coconut tree shaped into a bat. Whenever the ball went outside the gate, Chakkare and her siblings threw it inside. While this went on Parukutty Amma, Kannan’s mother noticed that something was bothering Chakkare and her gaze was on something inside the house. She went in and saw a few crayons lying on the window pane which faced the gate. As soon as Parukutty Amma reached the window pane, Chakkare ran home.

Next Day when Sindu Chechi came to take the milk, Parukutty amma narrated the incident to her. Sindu Chechi casually mentioned that “Oh, that’s nothing chechi, she likes to draw.” The way she mentioned it seemed like it was similar to any small children getting a fancy for some crayons. During her next visit from Patripala which happens to be her husband’s house, Parukutty Amma gifted a set of 12 crayons box to Chakkare. The joy in her face knew no bounds.

Kannan was envious that Chakkare was getting not only the Masala Vada’s but also his share of crayons. Kannan saw them enjoying in the canals of Malampuzha, scaling trees and playing football in paddy fields while he was confined inside the gates of Laxmi Nivas. On one side of the gate, Kannan was envious that he missed on the nature bounties while outside the gate the villagers were envious that Bhaskaran Nair and Thankamani Teacher were so lucky. Envy – It’s a perspective, Isn’t it? 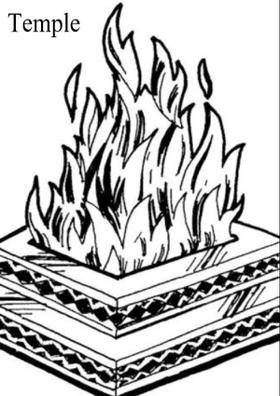