We never wanted a replacement. The memory of our dear husky was too fresh, to fill in the gap with a new one.

But our family told us, to just keep him and we could always give him back if we don't like him. They were trying their best to heal our pain, the grief of losing the one true selfless friend, our dog.

A dachshund he was, small and frightened at any sound. We were put off unconsciously, for we were comparing him to the bold, energetic husky.

Brownish tan in color, we gave him the name Rusty. And gradually, as in all things in life, acceptance grew on us.

Much to our surprise, he started exploring the house and the garden. His fear gave way to curiosity. And thus Rusty, our new paw mate, was born in our hearts.

He grew up fast, learning the basic lessons but never liking the leash or being chained.

A bohemian spirit was in him and a nomad in his wanderings. He took to chasing birds, then lizards, and had no fear of stray mongoose which ventured in our garden.

He became the king of spirited moments. His own nature was strongly taking shape.

When from my usual travels I returned, I just had to call " Rusty" and he would rush and on two-foot, lick my face. The memories of husky were gradually getting painted in the naughtiness of Rusty.

Nothing can be erased or overwritten but new fresh memories act as sparks that had dimmed within, to be kindled again.

Mom was indifferent to any of our dogs but not when it got in her way. Especially when her washings, Rusty took the liberty of warming himself on it on a cold winter day.

There was just one line from her " Give him a spanking he will never forget". But we smiled, for we knew she meant not.

There was a moment when during the rainy season, the ground was wet. Rusty was playing on the roof and we were involved with our work.

Suddenly mom shouted, " Rusty has fallen down!" And we knew she showed not but had immense love for him.

We rushed out to see him lying still, near the flower bed, and missed the rocks by inches. He had slipped from the roof and lost his footing. I lifted him up, gently, not knowing if his bones were broken or something bad had happened! Naturally, I panicked. We kept cleaning him gently and the whole family was calling his name. After half an hour, he opened his eyes, and even though we tried to stop him, he tried to walk. He faltered but that was Rusty. He came out unscathed. Falling on wet mud. And gave us the shock of life. But we realized how much more, how much he meant to us.

In a year, he had become quite a master of many things. He would collect small things as discarded caps of bottles or worn-out balls, and hide them in a place reserved for him on the roof. When he felt like taking a rest, he would lie anywhere! Even in the middle of the path leading to the gate, much to the annoyance of mom and our maid.

He could not care less.

He loved each season or rather was indifferent too. In extreme heat, he would just find the coolest place in the house, including our washroom, again, much to the agony of all goers, to take a siesta.

During rains, water came up to our steps and we could not go out without getting our feet wet. He leaped and pranced in joy, chasing the tadpoles or small animals in the water. And during severe winters, we made a quilt of warm clothes for him to sleep on, but it was up to his whim, for he preferred the carpet more.

It was after the heat when the season started getting a bite of cold and became pleasant, that the festival of lights or Deepawali took place. Rusty, unlike other dogs in our neighborhood, had no effect of the sounds of the crackers and was rather more comfortable at the gate, watching the sky.

He was now aging, our dear Rusty. But he still went about his daily chores.

Till the day, on a very chilly morning, mom woke me, with apprehension, saying " Rusty is not moving". I just rushed with my sister to find our beloved one had died in the night.

I cried like a friend and more than a brother had passed away.

The ground was hard but I had to give the person who lived life to full, a proper farewell.

We laid him in the cold earth, memories of his coming to us flashing by, with so many anecdotes in between.

There is and can be no substitute...for the silent, selfless love, the deep brown eyes which know when the master is happy or sad, the instinct that alerts them when something bad is going to happen. If the master or their friend, as they see, know the time has come, for any family members, they just lie down or cuddle up, the pain feeding on their souls too. They know the home will not be the same again and they gradually lose the touch too.

But my Rusty was not there..he was loving life elsewhere, chasing squirrels, playing with his small toys, enjoying the rains but not resting. Never.

For my, Rusty will never rest and not even death could take the paws of love he had placed on our souls from us. They are the human whisperers, who heal us by just being there.

To Rusty, with love...till we meet again. 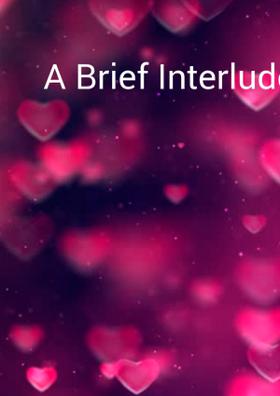