One Accident And One Dream

One Accident And One Dream

Hustle and Bustle of KALIYUGA is no longer an amusement, Materialistic desire is no more of importance for MAHI. All that matters now is destiny.

MAHI was a carefree, happy-go-lucky girl. Born with a golden spoon, she knew nothing of worldly misery, except for the fact that she had never seen her father. She thought all her 'Summer friends', as 'Winter friends'. She was kind and creative though. Her beauty is something to be noticed: her curvy eyebrows and mysterious long eyes cast a spell on anyone who looks at her. Along with it, Her long luscious hair has brought her the scopes of being in advertisements and modeling industry. She had arts in her hand and hence she is also a well-renowned painter. Little did she knew about her destiny.

"How are you? " asked a strange woman, dressed in middle-age clothes. MAHI was bewildered. She thought that she was dreaming and went back to sleep. But this did not seem to work and she felt that the woman was standing by her. Now it's something to be scared of. She tried to remember her last night schedule. All she could remember was a series of some scenes - the big fat problem with the advertising agency, then driving at 140km/hr in her car, then a bright light. According to the entertainment industry, bright light means death. But that does not explain her situation; she was feeling the most awkward emotion in her life. Again she was called by that woman, 'Are you alright ?'

It has been 3 days since MAHI is here. She is being accustomed to the way of life and the people around her. She is sure that she has not died. Some inferences are on her mind -

1. She has traveled in time.

2. Someone is playing a prank on her.

3. She is in the parallel universe.

4. Someone has kidnapped her.

All the people around her are treating her as if she is a royal member. Last night when she asked for a mobile phone, her attendant looked astonished and asked her what she was looking for. She knew that nothing was right.

Her life is very boring here. No Taylor Swift(renowned singer) and no BTS (k-pop band) are like a misery. The fabrics of clothes are not smooth. Foods are nutritious but not suited to her taste. Whenever she asks about this place, none answers her. Instead, they just say one sentence ' You will know it with time '. Whenever she screams out of fear, she is locked in her room. One more thing has been noticed by her: there is an unexplainable pain on her forehead.

It has already been 10 days. Mahi has no clue about her whereabouts. Her forehead seems to be healing from pain. She was given a heavy ivory box yesterday. She could not open it. When she had asked about the keys, she was told 'What can be a bigger key, other than time? '

She was surprised as the box has no keyhole.

It's at last on the 12th day, her life is a little bit hopeful. She was given an invitation letter. It was from DANGORA (seems like a ruler). The letter expressed that, 8 days from now she was going to meet DANGORA. She is also given a task. These 7 days she is going to learn everything on the book she is given with the letter.

She shouted in the air, ' Are you kidding me? '. But nobody seemed to care.

Mahi is waiting outside the mansion of DANGORA. Her mind was in the race . In the last 7 days, she could not sleep. The content of the book was crazy. It felt like: an organization is trying to brainwash her. Seriously! Where is this creepy place that no one knows? Why nobody is finding her? If she has been kidnapped, then why is she not forced to call her home for ransom? Above all, no phone is available here. Is any experiment going to be performed with her? Or is she here for a donation of just one ovum? There must be some reason behind the care she was given. After all, the world is no more SELFLESS.

'Doctor, are you there? Nurse, please call the doctor, Mahi just now has moved her fingers!' Mahi managed to hear all these chaos, amid her dizziness. She is completely lost. She opened her eyes and understood that she was in a hospital, surrounded by her dear ones. Mahi is now in relief. She is back to her spot of möbius time.

She is being checked by the doctor.

Mahi is now her room after months. She is writing down the experiences of the last 6 months. She has lived an unknown life, in an unknown place for 21 days. All the events of those 21 days were explained by DANGORA. She is recollecting all the memories related to DANGORA.

'Hey moonpie, welcome to land of FROZEN TIME, SEPHOROMA, The place far away from human reach .' DANGORA continued 'You must be having a lot of curiosity, a lot of questions in your mind, but you must listen carefully to whatever I say, and of course, dear miss, you are not allowed to ask me any questions. On that night, after the fight with the advertising agency, while you were returning home in your car, you met with a fatal accident. But you haven't died, instead, your body is in a vegetable state. Oh lord, don't panic, that fear strikes face does not suit you. You were admitted immediately in the hospital, but your life energy was at its low. So I had to intervene. Basically , I am the leader of an ancient civilization, which was far advanced than others of their time. Well yeah, I know that we are poor in technology because the materials needed for technological advancement are not available on this island. Yes, you are on an island. Of many missions, We have a mission to make some of the people remember about the major task with which they were born. Not all are born with major tasks, only a few of course.

Your task is to discover our civilization after you leave. Yes, you have heard it right. Actually you were the last one we could bring on this island. We are running out of resources. Time cannot be kept frozen for long. We have used an invisible barrier to keep this island invisible. This civilization has attained mastery over time and soul. We have discovered how space and time work and about the higher dimensions. But as we are running out of resources, we have thought of handing over this knowledge to your civilisation. All the centuries of hard work can't go in the wrong hands, and hence we have chosen you. You are an honest and righteous person, and ........... my daughter. '

Mahi asked,' what ? Are you joking? If I am your daughter, then how come. ....' DANGORA intervened ' it's all about soul. Yes, it is. We have brought your soul to this island, and not your body. It's admitted to the hospital. What you are really feeling to be your body, is nothing but a simulation. In the past life, you were warm and cheerful. And so you are now. In your past life, you were out the invisible barrier for more than 24 hrs and you died. We were able to save your soul and send it to your present mother's womb. She almost had a miscarriage and the soul destined to be her baby left her. So you have replaced that soul and have grown up so beautiful. Now it's your time to return home. So take this TWEN dust and spread on the box given to you, only then can you return to your body '.

Nothing more seems to be recalled by Mahi. Now she knows her destiny and goal. But she has understood one more thing, DANGORA is none but her actual biological father of this life, who went missing while her mom was pregnant with her. That's why DANGORA felt to be known to her. Hence it must only be a reason for selecting her to rediscover that civilization. Her father was a physicist, well renowned for quantum mechanics. Maybe, he wanted Mahi to save him and his discovery.

Mahi is now all set for her voyage to the unknown island, with the BOOK and TWEN dust found by her bed, on the very day she had returned from the hospital. 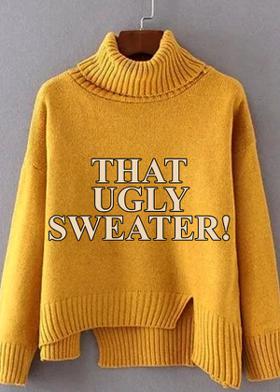