When my elder brother got married the house went lively and cheerful. Susheela Bhabhi was worshipped like a goddess when she first arrived at her in-law’s home just after the marriage. She sat on a jeep when her cheeks were sanctified with fresh betel leaves. The grains of paddy smeared with turmeric paste were showered on her before she stepped into the house. I was too curious to see her face. But it was covered with the end of her maroon saree.

When the group of women from neighbourhood came to see her then I stood there for a glimpse of her face. My mother lifted the veil from her face. Her face appeared beautiful to my eyes. She was fair and had an affectionate look. What was too strange that she had kept her eyes closed. I asked my mother to show me her face with open eyes. My mother rebuked me that it was against custom. Finally, unable to thwart me, my mother told me that she would not show me her full face until I gifted her something.

‘Mother, I am so small. What can I gift her’ I said helplessly.

‘Gift can be anything. It doesn’t need money always’ my mother said.

For the next three days I kept on thinking on the matter of gift. I was sure that my strict father would not give me money. In those times the ladies were not allowed to keep surplus money. Ours was a family of landlords. At home a culture prevailed that smacked of male chauvinism.

Finally, I decided to steal the money from my father’s trouser pocket. At night when father went to sleep I cautiously stepped into his room. Father used to sleep into a separate room in Dalan (a small area of home made for visitors). In the dimness my eyes fell on his Kurta hung on a nail on the wall. But it was too high. So I collected some bricks and made an erected step beside the wall. I mounted on the bricks. I raised my hand to put my fingers in the pocket of his Kurta. But much to my chagrin my steps got imbalanced and I fell on the floor. A large thud was heared in the Dalan. I was frightened terribly. The servants in the Dalan who slept on the bed of paddy straw started screaming. They lit the torch. When they saw me I felt ashamed and closed my eyes.

Father slapped me thrice on my cheeks. He tied my hands with a rope and then whipped me incessantly. He accused me of spoiling the name of the family. Perhaps the presence of servants scared him that the news of my stealing would soon spread in the village and it will besmirch the name of the most affluent landlord of the village. My body swelled out due to the impact of the horse whiff. But I did not weep.

The ladies of the home were not allowed to enter the Dalan. So when I came inside home my mother wept at my plight. She rubbed mustard oil on my body and tried her best to console me. But I knew that mother is only a puppet in the house where the tenderness of heart and value of relationship was sacrificed before the hypocritical element of pride, dignity and glory of the landlord. In my mind I had taken a vow that I will not see the full face of Susheela Bhabhi until I buy a gift on my own earnings.

One day I ran away from my home. I was hardly fourteen years old then. I caught a train whose destination I did not know. I had no money and no ticket. So I sat at the steps of the train in the entire journey. Ultimately the train stopped at a station called Delhi. I was hungry. I gorged on the food offered to me on the train by a benevolent Marwari family.

In Delhi I struggled to find a job. Ultimately I got a job as a helper in a ration shop. Working at the ration shop I used to observe with surprise some of the sophisticated and rich customers. I dreamed I too had become rich one day. Ambition when supported by passion and hard-work brings positive results. And in my case it happened exactly. I kept on switching jobs and saving money and after a struggle of almost fourteen years I established myself as the owner of an electric bulb factory in Delhi.

One day while sitting at the terrace of my bungalow I was thinking of my family and the village. Suddenly I remembered the reason behind my abandonment of the village. It was certainly not to become rich or affluent. It was only to earn money to buy a gift for Susheela Bhabhi, so that I could see her full face. In my long struggle I had lost sight of the purpose.

So one day I decide to visit my village. I purchased a diamond necklace for Susheela Bhabhi. And the next day I took a flight to the airport nearest to my village. From the airport I took a car. Many things had changed in the course of last fourteen years. Many of the mud huts had been replaced by brick houses. The road was of concrete. The electric poles showed the presence of electricity in the village.

As I reached my house I found my uncle sitting on a Charpai in the Dalan. At first he was bewildered at my arrival but upon close look he recognised me. He called upon my cousin to escort me inside the home. My mother was separating stones and husks out of rice grain. She recognised me the moment she set her eyes on me. She appeared old and weak. Her hair had grown sparse and unevenly white. Her skin sagged at her arms. She hugged me and wept profusely. When I asked her about Susheela Bhabhi, she went silent and more tears welled up into her eyes. I went to my brother’s room. My brother looked desolate and dishevelled in appearance. He informed me that Susheela Bhabhi had died just a month back out of some serious heart complication. I was shocked beyond description. I felt devastated to find a photo of Susheela Bhabhi, nailed on the wall, garlanded with artificial flower wreath. Perhaps I was destined to see her open eyes only after her death.

Slowly I pulled the diamond necklace from my pocket and draped it around her photo. Drops of tears trickled down my cheeks... 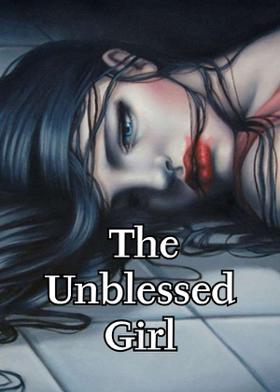