The rains bring the plants to spring new leaves and roots. Children play with the runoff with paper boats. Back in cities, water-clogging happens. Smell and filthiness increase. Water pools here and there. Overflowing drains. That is the scene of the present.

The memory used to be quite pleasant of childhood. The only filthiness I remembered was the knee-deep mud on the kutcha road towards tribal habitation of my village. We children used to walk with a feet high bamboo poles as shoes to walk on those constricted pathways, in between the showers.

Muri (Shallow rice) and pickles were quite a favorite during that weather. But difficult to reach Nandini's home, (she is a cousin) because her mother made delicious pickles and stored in the 'Aatoo' (the storage space created over the roof as a second floor).

I had 3 paper boats which flowed and disappeared in the village runoffs.. Just before I reached the proximity of my school in the village, the next day, there was a fallen tree branch blocking free flow of water and my boats were there. The cows of the herd passing through the spot towards the nearby forest, were aiming to gulp down those boats.

There were three streams on run off that time along the road in front of my house that time. Each carried clean run offs, no muddy water. Nowadays people associate rain with muddy water as something very usual; but it is not. Rain water can flow clear, if there is no soil erosion on the way. That means it should have passed through vegetative fields rather than bare ones. So it brings one to wonder if there is not enough moisture even to support wild grass? What a crisis of water!

I remember the children collecting snails and fish from the paddy fields in addition to the various leaves to be used as vegetables. Leafy shrimp used to be quite a dish. It used to be sun dried and preserved for the whole year to be eaten. Any time, it could be put in boiling water and cooked with tomatoes to have a feel of fresh shrimps. Especially along badi (dried paste of black gram) and Hendua (dried bamboo shoot).

But the mostly remembered fun spots ware the water pools of about 400 squre feet and about 3 feet deep each (locally called 'Kaanta"); which got created and remained for at least a week where people took short baths, and also caught fish. From where they came, without any connection to a river, or a pond, remained a mystery for me to this day. Once Sarat uncle caught a Singhi fish (Heteropneustes fossilis), which had inserted its sharp horn kind of limb to his palm and he bled profusely, but he did not let the fish off. It was quite a big fish. Later we had a feast of fish curry.

The picture remained entrenched in my mind, because those water pools were strategic water conservation spots, where water of the village was allowed to be collected, which slowly percolated down to help with the water table. Also, this was one way of gathering the eroded soil within the village so that clear water will flow run off, with a less speed. With disappearing pools, we have lost a great trick of the agrarian practices we had once. 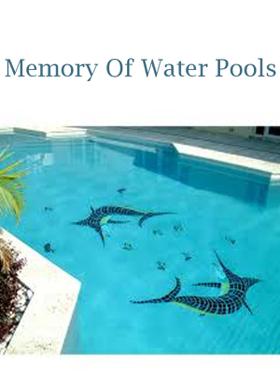