The sun rose slowly as Sam’s eyes opened to a place he had never seen before: verdant hills, azure skies, luscious greens, and towering trees. He was sitting in the back of a car, alongside his pet Golden Retriever. At the front, his mother sat fast asleep while his father was at the wheel. The car was zooming past the roadside trees along the smooth even highway road. The vibrant rays of the Sun sneaked through the cloudless sky and into the car waking up Sam’s mother. She was as much of a stranger to this land as Sam and demanded that his father give an explanation. As it turned out, Sam’s father had secretly planned a trip to a remote, luxury resort and had snuck the family out the previous night. Sam began stroking his dog’s thick, gold coat which had given the apt name “Goldie”. Sam was sure the next few days would be full of joy.

As time passed, the family neared the resort until, finally, they reached the resort as the Sun was slowly setting in the distance. Hastily, they checked into their rooms. Soon, they were retreating to their beds, exhausted after their tiring, long drive. Everyone dreamt of the fun adventures they would embark upon the next day.

The following morning, Sam woke up content as though years of stress and tension building up had been unwinded. Sam made his way towards the bathroom, rummaging through the suitcase to find a toothbrush when he came to a horrifying realization: Goldie was missing!

Sam gave out a cry of panic, waking up his parents from their deep slumber. He turned the entire house upside down. The family also got the hotel staff to look around the hotel while also personally searching every nook and cranny. Furthermore, with his parents' assistance, they were able to hand out pictures of Goldie among other hotel guests, and even organise a small reward for anyone who found him. Despite all their effort, however, they were not successful in finding Goldie.

Dejected, they all returned to the hotel room where they found it especially hard to sleep. Sam could not stop thinking about all the possible dangers Goldie could be in. As the sun rose once again, they proceeded to the dining hall for a silent, dull breakfast. They were not able to enjoy any of the activities they had planned. However, Sam did not give up on his search.

As he made his way into the resort golf course he noticed something shining and glistening from the corner of his. He leaped forth and sprinted towards it at full speed. It was goldie. He hugged him tightly and promised to never let go. 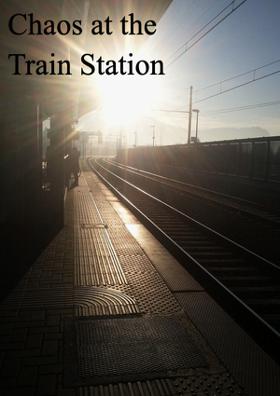