Kitarina and the Wolf King

Kitarina and the Wolf King

Chapter III (I hope you all enjoy)

I had been walking for what felt like a week, I was tired and I knew I must be malnourished as well. I closed my eyes for a moment, taking a few deep breaths..the next thing I knew I woke slightly to what felt like small amounts of electricity on my upper back and behind my knees, I sighed lightly and black out again.

*beep..beep..beep..* I heard a faint beeping sound and tried to open my eyes, the light in the room was blinding, so I quickly closed my eyes and tried to put my arm over them. I pulled at my arm, just to realize I was handcuffed to the bed I was lying in, I squinted while looking over at my other arm to see an I.V in place on my hand. I blinked my eyes a few times, clearing up my vision and looking around the room, I was in a hospital room..but where I actually was I didn't know. I heard shuffling coming from behind a door, the next thing I knew a woman in a white coat came in holding a tray of food.

"I thought you might be hungry when you wake up, of course I didn't know when that would be so I've been bringing food every day." she smiled softly while setting the tray on a rolling table and rolling it up to me.

I looked at her, then the food and glanced back to her, I didn't know where I was or who she was or what the freaking deal was with me being handcuffed. I suddenly heard a small amount of laughter as the woman came closer, the picked up the meat and took a bite. I smiled softly and picked up the fork awkwardly, I tried to take a bite of the mashed potatoes but ended up dropping them on my chest. I placed the fork back down and sighed slightly as I felt my face begin to flush. She picked up my napkin and cleaned it off of me, then she picked up the fork and began to feed me. I felt weird being fed by her, I hadn't been fed since I was three years old.

"It'll take a little while for your motor functions to return, I don't think any of us expected you to be asleep for three whole weeks." she spoke softly, and gave me a bite of the chicken..I couldn't help but to let out a small moan at the delicious food, it felt like it had been years since I had a nice meal. It then registered in my head, had she said I was asleep for three weeks!?

"I'm sorry.." I spoke softly, my voice sounding scratchy. She reached over and grabbed a glass of water, leaning the straw towards my mouth. I slowly drank the soothing liquid, and tried to speak again. "D-did you say I've been asleep for three weeks?"

She half-heartedly smiled and nodded slightly, as she set the cup down. "It's been three weeks since Kai found you and brought you back here."

I felt my face begin to flush again at the mention of Kai, I didn't know who he was nor what he looked like but he had saved me, so I was indebted to him. I owed this man my life, and he owed me an explanation of why I was being held in the hospital and not being allowed to leave, even though I was nearly fully healed. The nurse who was with me when I woke came every morning at seven o'clock sharp, then again at one o'clock, then for the last time at eight o'clock at night. She kept this routine, every day bringing my meals and new books for me to enjoy, then one day she stopped coming. It was nearly a month before I saw her again, when she returned she looked different, then I noticed the mark on her shoulder just north of her left clavicle.

"How have you been feeling?" she asked, as she proceeded to set out my breakfast tray. Removing the dome lid covering the food, I smelled fresh bacon with eggs, oatmeal and toast with strawberry jam. Smiling to myself, I took a bite of the oatmeal, then tilted my head to look at her as my small smile turned into a huge grin.

"Are you going to tell me about your mate? Is that why you were gone for a month? I thought something had happened to you, no one would tell me anything!" I spoke quickly, barely breathing before she wrapped her arm around my shoulders and began to rub my back soothingly. "Calm down Kitarina, I'm fine child, I will tell you all about my mate and my month long absence over dinner tonight, alright?" she smiled softly and patted my back, before standing and leaving the room.

Later that night, she came as she always did, right on time with my dinner tray in hand, sporting a smile bigger then I've ever seen on her face. She sat with me for hours on that night, telling me about her mate finally becoming known, also telling me about why she had been gone for so long. Turns out, her mate is the Beta male for a new pack that has moved their location to 60 miles West of where we are now. Being that she is the Alpha's sister she had to go with him to meet the new packs Alpha and Luna. When she found out that this new Beta was her mate, she chose to stay with him for a month and see what happened between them. She told stories of how he romanced her, and never forced her to do anything she didn't want to do. After talking for hours, she bid her farewell to me and returned to her room. I lie there in bed staring at the roof, wondering if I would ever have a mate, do fox demons have mates..or will I be alone for eternity?

It's been almost seven months since I was rescued from the forest, if that's what I can call it, I've been in this hospital room the entire time not permitted to leave the hospital, not even the room. I tried asking Alliyah about going for a walk one day, and she simply smiled softly and said it wasn't possible. I didn't understand what was going on, why was I being treated like some criminal?

It was in the middle of a beautiful Friday, when Alliyah came to see me, and with her was a baby, she couldn't have been more then a few months old. I smiled softly and looked over the child carefully, when Alliyah just put her into my arms without warning. "Wait a minute Alliyah! Why did you do that!? You can't just shove a baby into someone's arms!" I said this almost shouting as the small child in my hands gripped my finger and stared up at me. Looking down at her, I couldn't help but understand the reasoning behind why Alliyah handed her to me.

Alliyah smiled watching me hold the small child in my arms, little did I know Alliyah was hiding something from me..something very important. 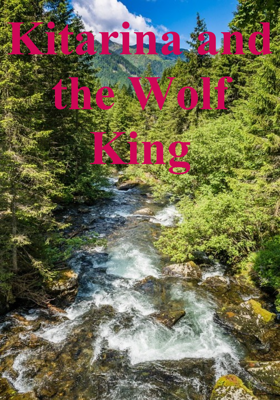