Once upon a time there lived a family. In the family there was an old man and woman. They did not have any child but they had a dog whom they called Jojo. It is said that they had a child named Jojo. He died an early death and due to this sorrow they called their dog Jojo.

Jojo was a very lovely dog and his owners loved him very much. One day while the dog with his owner was going to the field, it started to rain and they had to take shelter somewhere. While they were going a bull attacked on them. Seeing this Jojo started to bark loudly and the old man and woman were saved from the bull. The same thing happened the next day too and brave Jojo saved them again.

This news of braveness spread all over the town. Others who had dog got jealous of Jojo and decided to kill the dog. Next day all of them gathered at one place and made a plan to kill Jojo. The next day a man came to their home and asked the old man and woman to come with him. They agreed and skipped with him. The dog being alone in his kennel was sleeping, his owners had left him alone because they at the time when he will wake they would be back. When the old man and woman left their home a group of people with their wild animals and weapons in their hands approached near the dog and broke his kennel. The dog got afraid and they took him with them to a far away forest where no one came or visited, it was a very dense forest, it was full of wild animals. The group of people stayed for 3 days until they got the correct time.

It was night time and only trees, owls, moon, stars, people with their animals and weapons and Jojo were there.

On the other side the old man and woman were very sad and were finding JoJo. They thought that something bad must have happened withJoJo: maybe an animal killed him or he must have gone somewhere and forgotten his way and many more thoughts like this were coming in their mind. But they could not make out what had happened toJoJo.

When the correct time came to kill Jojo, all of them picked their weapons up and came nearJoJo. While their hands were up in the air, a very powerful beam of light appeared and Jojo disappeared. All the people were very happy that the dog got disappeared. They thought Jojo was dead but he was not dead. The beam of light was the result of his kindness and braveness. Jojo was in the space, there he saw that sun was talking to him and said that Jojo would live here forever and he would protect him but Jojo refused it. Hearing this sun agreed because he did not want to force him. After two days sun sent him back to earth and Jojo lived a very happy life. 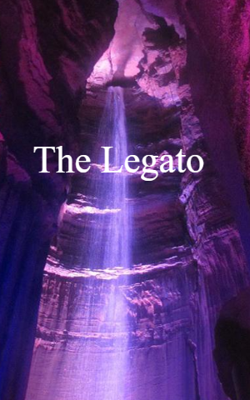