I was sentenced for seven years. This was a long time considering the insignificant crime I did- being a tiny part of big gold smuggling gang. My term could have been much lesser had I money. Starting from police to lawyers everyone demanded money, when I couldn’t they slapped more charges. Even my peddler days were dug out and added to the crime. The case dragged on for over a year and all these months I spent my time in prison as an under trail. The day the judge pronounced the sentence I could a sigh of relief in the eyes of many present in the courtroom, all felt that after the sentence the city was now safe. The term did not matter to me as anyways there would be no one waiting for me. I did not feel sad or angry, just felt indifferent.

Life in prison is very different from the one we see in movies. One the van carrying you enters the premises and the huge gate is closed nosily, you get almost cut off from the society. The inmates, the ones who had been there for long look at you quizzically. You don’t even get a prison outfit as the numbers of inmates are larger than the capacity. My slippers were stolen the very first day and I had to literally go hungry initially. But, you learn to survive. I learnt the tricks of getting food and could manage to use the filthy toilets. Either one should have money for these benefits or you run the errands. I was good at the latter.

I would keep the other inmates glued with my knowledge about the city and its stories. I had to even massage the seniors. My crime was not a heinous one therefore I didn’t invite the ire of many. Had the crime been disgraceful I would have been regularly punished despite serving a term. In a way my crime was consider as revenge from the government and this was considered a good deed. I started to have a fairly good time in the confinement. There were inmates who would be jolly at the same time there were many in depressed stage. You would find people of all ages, there were few who had grown old there and were totally unaware about the outside world, they were afraid of getting released as they feared unacceptance by their families and the outside society. There were few with privileged living, they would watch TV, drink, smoke and eat home cooked food. The other inmates were like their servants.

Since I could read and write I was looked upon with respect and there were instances when few of them would come with crumpled newspaper asking me to read. Few would start narrating their life stories and appreciated when I listened to them. As one spends time inside they become very different from the people you find outside, their knowledge starts to get limited and then comes a time when they turn totally unaware. The inmates then become like animals, only concerned about the basic human needs. They get filled with emptiness and many slid into dejection.

To keep the inmates, busy several menial works are assigned to each one, it could be nurturing the garden or helping in the kitchen. One is even paid for these services; however, none could certify that anyone ever got the money or not. Then there are few inmates who serve term for crimes which are very different from the regular ones, they may have done financial frauds. Such type of inmates were the elite ones, they never mixed up with the normal ones. They could be found in the prison office helping with paper works.

Initially I could not find proper place to sleep but as days went by I managed to always find a decent enough place to sleep. Everyone slept so close to each other that you could feel the breath of the other person. One could not even turn sides; you need to just sleep the whole night in the same position. Then there is the menace of mosquitoes, one need to develop the skill to survive and catch sleep while the mosquitoes, rats, cockroaches and other insects kept busy with whatever good they are at. It is a living with absolute harmony.

Day begins quite early in prison. One needs to be up even before the first light of the day. Rush and fight for morning ablutions. Stand in attention for the roll call and then get into the assigned work. Food is the only thing everyone waits for, even though bad from all aspects but it gives plenty of hope. On few occasions you may be surprised with a piece of sweet. Such days brought enormous joy and merriment. Then there are days when screening of movie is done. The enthusiasm seen is exactly childlike. Whenever there is some song all would whistle. At time they all go so berserk that the movie must be halted, the prison guards whistle, blow their canes randomly and then the jeering viewers come back to senses.

It is more than a year and I think I have started liking this life. 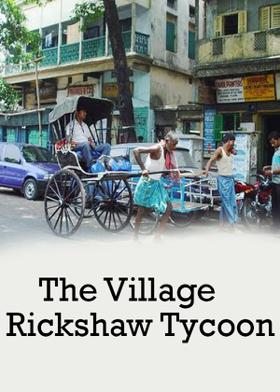