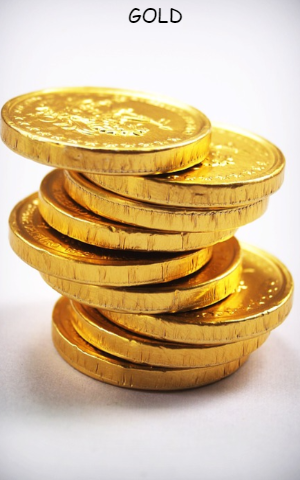 Persuaded by the tour operator's invitation to 'Take a trip in safety along the most dangerous road in the world', I settled into the comfortable front seat of a four-wheel-drive vehicle and fastened my safety belt. The air conditioning offered relief from the searing heat of this early spring day. We would be following the route taken by thousands of prospectors who had converged on the area from all over the world in feverish pursuit of gold over 150 years ago. For 22 kilometers we climbed steeply, but speedily, away from the town along the main highway, seeing no sign of life or habitation.

Suddenly, we turned onto a track barely the width of our vehicle and stopped by two signs. One bearing a skull and crossbones warned of the perils to come; the other was an information board about the gold rush. In one photograph, a prospector was shown standing proudly on a small piece of land he had staked out as his own. This was the start of the road that had been hewn by hand out of the solid rock by the men suspended precariously on ropes over the precipice. They, like thousands of others, were desperate for access to the canyon, believing the rumor that untold riches were there for the taking.

Almost immediately, we entered the canyon. The road turned so sharply round a rock outcrop that we felt we were being thrown out into the void. I looked back. The narrow gap through which we had just passed seemed to clang shut behind us. To our right, two hundred meters below us, the turquoise river writhed and frothed over the rocks, its roars echoing from side to side. To our left, a sheer rock face loomed over us. Ahead of us, a section of the track had been partially washed away by the winter rains. We could not turn round. It was as if we had been lured into a trap. We scrambled out and picked our way across the unstable ground, while the driver slowly maneuvered the vehicle behind us with only centimeters to spare. There were no safety barriers and the rusting, broken-backed carcass of a vehicle far below told its own story. The road before us vanished into the distance, clinging for 9 kilometers to the sides of the precipice.

Eventually, we dropped to the river bed, reaching the end of the track and the site of a settlement long since deserted. It was a barren place. The makeshift homes for the miners and the handful of women who lived there for a few years had vanished. Exhaustion and broken dreams had led to the abandonment of the dwellings. The winter floods had destroyed what was left. All that remained was the courthouse which was a museum. Court records showed that fights and disputes over claims to land were depressingly frequent. One old photograph showed a wagon, heavily laden with supplies and drawn by six emaciated packhorses, crossing a parched river bed. In another, several young miners posed, old before their time, staring dully into the camera, their faces lined and haggard.

Before we started our perilous return journey, we were given the opportunity to pan for gold ourselves. It was an arduous, repetitive task. We dipped the large sieves into the river, scooped up gravel, and swilled it around in the current, allowing the lighter material to be swept away. Gold is heavy and had it be present, it would have settled in the bottom.

Reason told us that we would discover none, but soon I succumbed to gold fever. The sieve swam before my eyes. I could feel my pulse racing. A kaleidoscope of fragmented fantasies about my imagined wealth swirled around in my head. I was only vaguely aware of the spasms in my back, the blouse clinging damply until, with all energy sapping away and overcome by the heat, I was forced to stop, my throat rasping drily. Like most of those refugees from the civilized world who had preceded the tourists, I had found no gold - my hopes, like theirs, swept away by the current. At least I could stop after 20 minutes knowing that I would return to the comforts of civilization.