There was nothing but ash and burnt wood everywhere. No living being loomed the destroyed home. The only thing that was heard was a faint dripping noise in the distance. A tall, skinny white man leaned against what was left of the staircase, appearing withered and defeated. This man had really large, purple wings that seemed burnt and torn. Tears streamed down his cheeks for what seemed like an eternity.

"Why did it have to end up this way?" the winged man asked. "She could have just stayed young forever. Right? We had such good times. Then she just had to grow up." The man closed his eyes and stared at the night sky where the ceiling should have been, remembering all the fun times they spent together.

"Come on Billy" a little girl demanded. "The tea will get cold."

"Then use your wings and fly. The tea is still waiting."

Billy stopped imagining the past for a brief moment. "Those days were awesome. Lily, I'm sorry we couldn't have more tea parties or dress up, or roller coaster rides." He began to cry as the dripping in the distance grew louder. "I thought I would be able to forget you. Why haven't I yet?" He began to remember her again.

"Billy!" Lily yelled. "Come try on this lipstick. Tell me how pretty you will look."

"Ok Lily. Whatever you say" Billy allowed lily to rub the lipstick on him as they both began to laugh. Lily then forced a dress on him and they laughed some more.

"I'm coming!" Lily yelled back, trying to stand up quickly without knocking over anything on the desk. "I'll be back soon Billy. I love you."

"I'll be waiting right here." Billy replied as she smiled and ran downstairs. Billy slowly followed her. Lily and her parents were eating chicken at the dinner table when the mom starts an unsettling conversation.

"Lily. You do realize you are growing up. Soon, you can't have imaginary friends anymore. You need to make real friends."

"Billy is my real friend" Lily replied. "His purple wings keep me warm when I'm cold."

"Your mother is right Lily" the father said staring at his newspaper. "Go make some new friends."

Billy began crying, filled with rage, hate, and sadness. "It is their fault this happened to them. Their fault that Lily left me." Three years later after her parent's demand, she changed significantly. She turned 8 that year.

"Hey Lily" said one of her classmates. "Where have you been?"

"We were looking everywhere for you" said her other classmate. "Mandy and I thought you snuck to the lunchroom to get more food again."

"Sorry" Lily replied. "I had to get some books for this class quickly."

Mandy shrugged her shoulders and let out a disappointed sigh. "What are we going to do with her Megan?"

"You two are weird," Lily said as they all laughed. "Hey. My mom said you two can sleep at my house this weekend."

"Awesome!" Mandy cheered. "We will be there!" Mandy and Megan kept talking with Lily for a while, then they went to their class, leaving only Lily there alone.

"Hey Lily" Billy said. "We can all have a tea party together."

She never responded. She was too focused on the teacher at the time, trying to answer any question that was asked. The bell rang a few minutes later and Lily got up to leave the classroom.

"Lily!" Billy shouted. "Wait up!" He walked in front of her to try to block her path, but she walked directly through him. Billy felt a cold sensation run along his spine. Almost as if a dump truck of ice-cold water was poured down his back. "What's going on?" Billy kneeled on the ground as Lily walked out of the class. He began crying until his eyes were dry.

The dripping sound grew louder than before. "I want to forget everything. I want to disappear. I don't want to be lonely anymore." Billy began to cry as he glanced at what was left of a burnt dress. He picked it up and clutched it close to his chest. The dress brought back more memories. The final time he shared with Lily.

"Mandy!" Lily yelled. "What are you doing?" Lily and Megan began watching as Mandy began dancing like a monkey.

"Hey Lily?" Megan began. "Did you ever have an imaginary friend?"

Billy's heart sunk. He was waiting patiently for the answer she was about to say. "Lily. I'm still here. I was always here."

Lily scratched her scalp for a little bit, trying to think. "No. I haven't had one before."

Billy's eyes suddenly flooded with tears as all the color from his eyes vanished. There was a striking pain all over his back as is chains were whipping him over and over again. "You...You forgot about me Lily." His face suddenly turned bright red with anger as his purple wings sprouted behind him. A dark aura filled the room.

"What's going on?" Mandy yelled. "What is this strong breeze?"

"Why would you forget me? It's all their fault!" Billy suddenly flew forward and grabbed Megan and Mandy by the throat, pinning them up against the ceiling.

"Who's there?" Lily yelled. "Let my friends go. They're the only friends I have!"

This infuriated Billy. She truly did forget about him. In a fit of rage, he dug his fingers into Mandy and Megan's throats, causing them to lose blood and air. He did this until they had finally died and he stuck their bodies to the ceiling. He seemed almost remorseless, or, perhaps, it was too blinded by anger and fear to acknowledge the horrible act he had committed.

Lily screamed in agony over the loss of her friends. Her parents rushed in as soon as they heard her. "What is going on here?" the mom asked. They both stared up and saw the girl's dead bodies glued to the ceiling. Both of them screamed, but only for a short period of time as they were both whacked in the side my Billy, a swipe that felt reflexive and partially uncontrolled, causing them to go flying against the bed. The dad was impaled through the heart by a broken piece of the bed while the mom splattered against the wall, only a few limbs remaining intact.

"Mom! Dad! What is going on here?" At that moment, she turned towards the door and for the first time in 3 years, acknowledged Billy. She realized, at that moment, the sadness and despair that her forgetfulness caused Billy. "Wait. I remember you. I did have an imaginary friend. I'm sorry Billy."

Billy, thankful to see she finally saw him, smiled and cried. He walked towards Lily and gave her a big hug. "I missed you Lily. I am going to make sure we have never separated again. I promise."

Lily smiled and hugged him back. "I would like that. I'm so sorry."

Billy began to cry more and more as he hugged her tighter. Then, with one soul-shattering twist of her neck, he ensured that they would never separate again. "I will see you shortly Lily." He kisses Lily's forehead and walked back downstairs, turned on the stove to the hottest setting it can go to and sets fire to the house. Once the fire was out, he leaned up against the burnt staircase.

The dripping grew the loudest it has ever gotten. "Now, here I am. Locked up here by myself. Why am I not disappearing?" He stood up and walked towards the noise of the dripping. After a few steps, within the piles of dark, burnt wood, was a shiny teacup just sitting there. "I miss our tea parties." He glanced inside the teacup and noticed what was inside of it. Blood was dripping from what was left of the upstairs floor where Lily rested. The blood came from her neck into the teacup. "So this was the final remaining memory not destroyed?" He picked up the teacup as gently as possible, but it instantly shattered in his hands. He smiled and cried.

"So that's it then?" he stared up at the night sky as he began disappearing from his feet up to his head. "It was a good run I guess. I wonder who else will become my friend." Billy finally disappeared into thin air, leaving a trail of tears and ash as he departed... 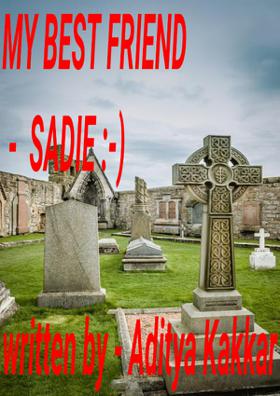 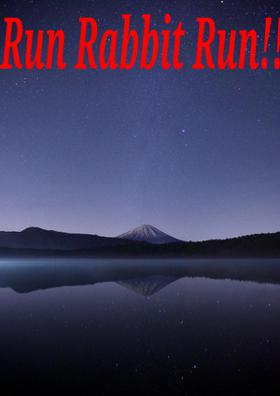