When Amal get back to his bed from school, he saw an envelope at his bedside, surprised by it he opened it, it was an invitation to join for Diwali celebration that evening. He was excited and was waiting for the evening to come.

It was embarrassing to wait, and he went outside the dormitory to play for some time. While playing, he told Joe that he is going for the Diwali celebration that evening, then Joe told him he also have the invitation for it. When he checked with others, everybody told that they all have the same invitation for Diwali. Amal became confused and dull that he thought, ‘what is this’?

Then he understand somebody is giving a treat for all his friends in the orphanage and they have to go to a hall in the city to attend the celebration together.

They all got ready for the celebration, when the bus came they stood in queue, entered the bus and bus took them to the city. They reached the place where they entered a hall, where it was decorated nicely, on the front, there was a stage with chairs. Amal and his friends sat on the chairs for audience and waited.

After some time, some people with their children came, they all look very fair and neatly dressed. They entered the stage and started talking on the mic.

“Dear children, we are celebrating Diwali together, here we will sing, dance and outside we will have fire crackers and have nice food. So shall we start?”

Though people on the stage were so enthusiastic, Amal noticed that all his friends were dull and not enjoying it. They started singing and dancing, some children came out from stage to the audience and took some of his friends hand and invited them to dance. Most of them felt as they have come to some inappropriate place and felt very odd.

After the program, they were taken outside and the people starter lighting crackers. Amal and his friends stand watching all of it.

When the program was over, they were given a packet of food and sweets for them to take back and eat. Amal felt very embarrassing. He told his friends that they will take some crackers with them back and they agreed.

While returning back Amal told the warden that they need to visit somebody on the way. Though the warden disagreed first, Amal told it will take only ten minutes only and he agreed.

They stopped the bus near the road to his school. Amal and warden got down. He walked towards the big pipes where they saw some burning lights inside. Amal told warden some families live there in those pipes which he has noticed while going to school. “We will celebrate Diwali with them now, is that OK?”

Warden told yes, with his wet eyes. Amal and friends brought out the fire crackers and they started celebrating with the children who live in the pipes. After that they sat down in the soil and shared the food packet with them. After food, they opened the sweet packet and distributed with them.

Amal was giving his packet and only one peda was left, which he was very fond of. The last piece peda he took out and was starting to put into his mouth. He felt somebody pulling his trousers, when he looked down he saw a little girl with gray hair and dirty clothes pulling his dress and asking for peda. He sat down, placed her on his lap and fed the peda with his hands. She looked at Amal and gave a sweet smile, Amal hugged her and gave a kiss on her forehead.

The bus started moving, the people outside with glowing happiness in their eyes, waved at them. A contentment dawned inside everyone on the bus. Amal felt that he has won the whole world, though he didn’t have a single piece Diwali sweet, he felt his life has been filled with all the sweetness in the world. 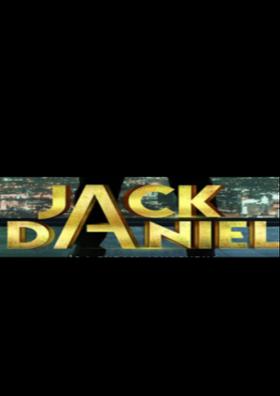