Bhoomi Devi was groaning under the weight of 7.7 billion human population and let out a curse of the Gods for creating humans. While it took 200,000 years for humans to reach 1 billion in population in the last 200 years, humans have proliferated to reach the present 7.7 billion. Not only that, but they have also attempted to control nature by using technologies and thereby created an imbalance. Humans unleased a new phenomenon called global warming that has raised the temperature of the earth. Bhoomi was sweating profusely as she thought of the human callousness. Yet there was a lack of unity among the people. They have found every way to divide themselves: nation, religion, race, caste, creed, color, within religion, there are divisions. Then there are the poor and the rich. Top 1% consisting of the rich, possessed over 50% of the earth’s resources. While millions are starving of hunger, there are countries where the population is suffering from obesity and other lifestyle diseases.

Bhoomi had now and then tried to teach the human some lessons. Unseasonal rain, floods, landslide, virus epidemics, melting glaciers, and none of it seemed to have help. The population was steadily growing and alongside wanton destruction of the earth. Gods were found wanting in their concern, and none took any action.

She decided to appeal to the animal kingdom. The other living beings, too, felt the brunt of human greed. Hunting for meat, skin, trophy, factories for producing meats, genetic modification all were going on for the benefit of humans. What the humans didn’t know was that it was not a benefit to anyone to upset the balance of nature.

In world forums, leaders met and discussed. There was this young girl called Greta, who was fighting with an influential leader on earth. Yet, nobody cared. Now the appeal of Bhumi had reached the animals. They needed to do something urgent and impactful.

In the dense and deep forests in the corner of the earth, the animals decided to have a general meeting. From the mighty elephants to the ferocious tigers, wise Owl, majestic lions were all there. Even the rats came. They have heard of the story “who will bell the cat?” They were interested in learning what will be the outcome of this meeting. Who will tame humans? They were eager to know.

Lion King started the meeting setting the agenda. The tiger growled in anger and said, “let us attack the humans.” Many animals instantly agreed as to who can go against the tiger. Finally, the wise elephants spoke, “let us not for a moment forget that humans have mighty weapons which if they use against us, the fight will be over by the end of the day.” There was a hush as the animals realized the truth got spoken. Then the Owl, who often visits the hallowed portal of learning like Princeton and Oxford, said our weapon has to be so tiny it should be unseen but yet devastating in its impact.

Elephant yet again spoke and thanked the Owl for rekindling her memory. I recall the Spanish flu, and more recently, the Nipah virus, SARS, which scared the hell out of the humans. But compared to the Spanish flu times, humans have caught up in medical science too. They quickly controlled Nipah and SARS virus. But I agree that it has to be a disease that can travel very fast across the globe and bring the human down to their knees.

There was disquiet among the animals as nobody had a clue. Pangolin got restless and irritated when it saw the bat hanging upside down and sleeping as it was mid-morning. It shook the bat and woke it up. The angry bat bit the Pangolin. Unknown to the bat or the Pangolin or to any of the animals who had assembled, the bat had set in motion a process to create a virus, unknown to humankind. A few days later, the humans came and hunted down the Pangolin as they liked the pangolin meat, which was considered a delicacy. The virus from the bat had, by this time, mutated and ready to attack the humans. It was early December 2019 when the first case of infection got reported in a place called Wuhan in China.

Within five months, several cases had risen to 5.5 million, with deaths over 345 thousand across the world. A vaccine cure was yet to be found. Country after country locked down their people. The air cleared of pollution. The animals celebrated the human lockdown and took to the human habitation.

Bhumi heaved a sigh of relief. She felt that this Covid-19 was powerful enough to teach an unforgettable lesson to the humans who she had hoped would lessen her weighty burden. 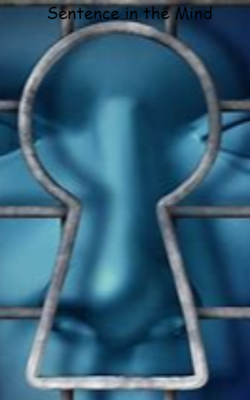