Am I A Good Mother?

Am I A Good Mother?

During pregnancy, I was in stress due to many reasons and I didn’t know that it ‘ll affect my baby in the womb. But after his birth everything was good, he was healthy and growing well. As he turned one, we noticed that other kids of his age started walking but he was not able to walk and everyone asked me why he is not able to walk? I felt bad sometimes but I explained to them that every kid is different and maybe he’ll walk a little late. As we are human beings and have 100 years to walk on our feet, what if he’ll walk a little late. But somewhere in my mind, this thought kept on repeating that IF I AM A GOOD MOTHER?

Because in our society women and especially mothers are the soft target to blame, specifically in the upbringing and development of kids. No one was thinking about the stress they were putting on that woman during pregnancy, but everyone is here to judge her parenting now.

Though I was hurt, I tried my best and put more efforts to help my son in walking. I used to spend three to four hours a day in the park to help my baby in walking but no use. I was not worried because he was not able to walk, I was disheartened because everyone in family and society was accusing me. As he grew 1.5 years, he himself started walking and most happiest person on this planet was Me. No one had given a damn then, because we search and point out only negativity, and ignore positive outcomes. At that time no one pointed me out that because of your efforts your kid started walking, I didn’t want them to give credit or awarded me for this but who gave them right to judge, if they can’t appreciate.

Everything was good and he was growing perfectly but at the age of 2.5 years they again started to say that he is not able to speak as clear as the other kids of his age, we didn’t bother though, but again our society and not even society, our families are master in comparisons and judgments. Same statements my ears keep on hearing again and again, ” It all his mother’s fault”. ” his mother might be lazy in her childhood, that’s why kid is lazy.” ” his mother not taking his proper care, we guess.” bla bla bla……. I used to cry during night but I never lost hope and kept on working on my son’s speech though never judged him.

Even I visited an counselor, not because I wanted to visit or I didn’t sure about my kid if he’ll speak or not. But society’s pressure didn’t let me sit calmly. Counselor said that your Kid is perfectly fine and please don’t bother about, what people are saying. she said, “whatever is happening is little disturbing for you, I understand but it’s not your fault, its happening because you were in some kind of stress during pregnancy and you were not aware about the consequences.”

After six months he started talking fluently and doing all his activities as same as kids of his age. But somewhere he was lacking in physical activities in school in comparison of other kids. He used to keeps on thinking something and busy in his own activities, which he loves.

And her answer left me in tears and a huge frustration also. She replied that Mam, when he write slow, I point him out in front of the whole class and ask him, ” Beta, are you sleeping?” And as soon as I heard this, tears stared rolling down my eyes and I asked the teacher, Mam, have you ever realized, when you point him out in front of whole class, what happens to his brain and where his self confidence goes? He is just four years old, what more you expect from him. Teacher started saying sorry again and again over phone.

Let’s come to this afternoon, Today there was poem recitation competition in his school. His teacher sent his video while reciting poem. I watched the video, and he was reciting the poem in his best tone and it was clearly audible, but in video, I heard the voice, ” Why don’t you speak loudly. Speak loudly please. ” He stopped there, as soon as he heard the voice and it was the same class teacher.

Two days back and this morning also he recited the same poem in front of me, in front of mirror, in front of our neighbors very confidently, loudly and clearly, but after watching the video, I couldn’t hold my tears back and I asked him that what happened in school. He recalled and explained that ” Mumma, when mam calls me that Beta, are you sleeping, then whole class starts to laugh on me and all kids start to make fun of me that he is sleeping, he is sleeping,then mam laughs along with them. So today when when mam came and asked me to speak loudly, I got scared and stopped speaking there because I know that they all will make fun of me again.

I just could not hold myself back and tears started to shed from eyes like they’ll never stop. And again same question I kept on recalling in my brain, Am I a good mother?

Now you guys tell me, if I m a good mother or not? The same people who never supported and were giving me stress during pregnancy are judging me. He is just four years old and he is trying his best. He is very good in mathematics. He is little slow in English writing, and because of that teacher is pointing him out and his confidence level is dropping gradually. He is a wonder kid, his observation powers are at excellence, you can ask full story of a movie, which he watched six months back. He can recite the full poem just after hearing it once. He is most disciplined, emotional, kind and obedient kid. He never argue, he never cry unnecessarily, never hit or abuse other kids, in fact take care of them. But we’ll judge him because he write slow in English.

This is our society and here is my confession. I am a teacher by profession so I can easily say that every kid is different and we can’t compare them. Kindly stop doing this either you are a teacher, parent, guardian. Your one simple word or statement can hurt them and affect their performance. I am writing this because I want you all to read this and apply this in your life also. Everyone is different and if you’ll give them a healthy and stress free environment they’ll do their best. Give them appreciation instead of humiliation. They are blooming buds, don’t compare them, they’ll come out as beautiful flowers in different shades as per their potential and when their time will come. Give them values of humanity, kindness, discipline, relationships instead of comparison, and don’t teach them to be a winner of every race. I don’t want to see him as a winner, I want to see him as a performer.

Support them, care for them, let them be themselves. We are dealing with humans, not machines which will give performance as per manual settings and specifications. 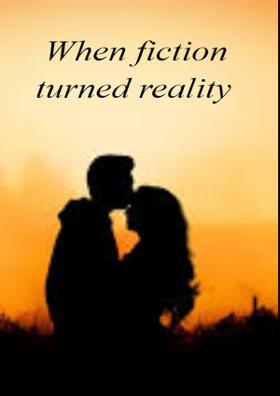