Dad has made a huge donation. I am not sure how much, but it must have been huger than the donation he made in my last school. And seems like he has to soon prepare for even huger donation with the way things are going here on the very first week of my admission.

I like the counsellor of this school. The counsellors of all the other schools I have been to would always ask questions, same questions repeated twice or thrice or sometimes the whole counselling hours would be based on only one question. But here, the counsellor snores on her chair while I write away “I promise never to try jumping off the building again” a hundred times; which I have finished five minutes ago.

I open the candy I have been given by the counsellor before she asked me to sit down. I try my best to open it without making any sound, and it opens to a melted candy and it sticks to my finger. I scrunch my nose and look around. No dustbin in vicinity and moving around looking for someone who might wake the counselor up. And putting it in my pocket when I have none in my uniform isn’t an idea, so I did the only thing possible. Eyes shut tight, and breathe halted I gulp the candy in and the counselor that won’t even wake up at the ring of class bell, wakes up at the sound of my gulp.

“You have neat handwriting,” She comments wiping away her drool with her index finger.

“Oh my,” She exclaims looking at her old tattered watch,” Your class hour has already started fifteen minutes ago, you should leave”.

I nod and get up.

I take in the room I have sat in for almost an hour and the counsellor who smiles back at me. She doesn’t have a name plate in front of her, but I would like to know her name.

I like the room, it’s cosy although a little tattered and the ceiling looks like the it might fall any second, And the paints on the walls have peeled off. There are two new sofas, the only thing new in the room, by the window with one of its glass panes broken, probably by a ball coming from the playground overlooking the counselling room. It’s nice and quiet.

On my way out, the counsellor offers me another candy with a smile. She is nice too. But I can’t say the same about the candies, I refuse.

More than thirty minutes into the class and the class is yet to start. When I arrived, there was no teacher and ten minutes later there wasn't sign of any. I sit in my desk while three girl from my class huddle around me asking me what cosmetics I use or rather my mom uses. My hair has been touched multiple times, with sudden harsh pulls in between, and this is the third time my left cheek is being pinched after a loud slap. They were going for a fourth when the teacher enters and they hurry away to their seats. I place my left cheek on the desk to cool down the hit and my eyes catches those of the guy who sits by the window. Aarav. His face looks so surreal shining in the sun that I doubt myself every time I look at him. And nobody in the class approaches him even. And the teacher doesn’t even call his name during the attendance, it’s like he is invisible, never there except that he is visible to me. He just sits there, unmoving looking forward. His presence is so surreal that I hesitated a million times today in the assembly before approaching him. I had hoped desperately before I confronted him that he is not just a fraction of my imagination but a real human being. My mind had reacted the same times my heart had beaten that nobody else was there when I tried to jump off the school building during the recess yesterday. I had mistaken him as a part of my imagination when I had seen him on the roof and didn’t consider him when I stood on the edge feeling the wind on my face. That’s the excuse I went for to prove that he is real, but then again my brain didn’t remember him uttering a word when I stood on the edge. He didn’t even ask me to back down, he just watched. Just like a hallucination.

I stare back at him or rather my hallucination when he stares back more. He has been doing that after the assembly. He scowls suddenly and reacts to a name when the teacher calls on the attendance and that intrigues me. I reach for the girl sitting in front of me.

“Do you see him?”, I ask her pointing at Aarav when she turns to look at me.

She looks at me with an annoyed face and then Aarav.

Right. He is just my hallucination. The sights are starting again.

“The tall guy by the window, he just responded to the first name,” I say, in a neglected whisper.

“He is Aaron,” The girl says with a shrug and then turns around.

Something isn’t right. Aaron? But Aaron is dead. 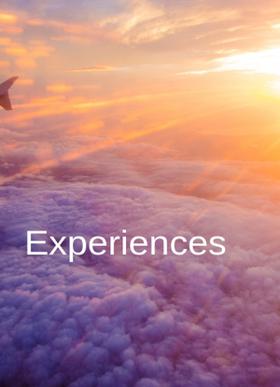