A Game Of Life and Death

A Game Of Life and Death

As the kids performed folk dances and songs to celebrate the diversity of India on the 52nd Republic Day in Alfred High School, Bhuj, the teachers encouraged them with applause. Among those teachers sat Mythili (name changed), a newly graduated woman who had joined the school staff only months ago. She didn't share the excitement of other teachers as she felt completely nauseated by the unsynchronised noises around her. To escape the situation, Mythili excused herself out and left the auditorium.

As she breathed hard and tried to relax herself on a bench in the school ground, she felt shivers on her body as the earth beneath her began to shake violently. Cracks appeared below her feet. A moment or two later, she saw people around her screaming and running everywhere. The auditorium she had left had collapsed. Many other buildings around her followed suit.

It was 26th January, 2001-A day Indians, especially those who reside in the state of Gujarat would never forget. The earthquake of magnitude 7.7 lasted for over two minutes destroying homes of over 400,000 people. It killed around 20,000 men and women and injured as many as 170,000. In a horrific incident such as that, Mythili found herself unbruised.

As she recalled the story to me one day, I was spellbound. Within moments, she had escaped death.

'God wanted you to live' I had told her.

'No, he didn't. I just wouldn't listen.' she replied as she told me the story of her birth.

It was winter of 1978. Outside the maternity ward sat a trembling man with his eyes closed, chanting 'Om Namah Shivaya' slowly while holding a rudraksh mala in his right hand. Around him were some anxious looking relatives. Just minutes ago, he was told that the situation was very complicated. Some medical terms were spoken, and he understood none of it. What he understood though, was that the lives of both the baby and the mother couldn't be saved. Only one could live. As any husband would do, he decided that his wife should live. But he also knew that he could ask the divine to give him both. So he began to meditate and pray for his wish to be granted.

When he came back to awareness, he had realised that his meditation lasted almost four hours. As he peeped through the delivery room he saw his wife sleeping peacefully. She was alive, he knew that. But what about the baby?

Someone called him from behind. He turned to see an old looking nurse with a baby smiling subtly.

An elated father, that night, roamed around the hospital premises gleefully carrying the baby in his arms with a feeling of gratitude.

He subsequently started calling her Amrita at home, meaning 'immortality' or 'overcoming death' in Sanskrit, although her name appeared as Mythili on records.

As Amrita aka Mythili grew up, she turned into a beautiful independent woman who unfortunately fell victim of male chauvinism. The man she married abused her disowned her when she gave birth to a girl. But the woman garnered courage to come out of it as a proud divorcee and a single mother, who not only took care of her child but also supported her widowed mother financially and emotionally.

For someone whose life was always a struggle, she was humble and always grateful to the god who provided her with second chance.

On the 25th of August 2007, Mythili had left her two year old daughter at home as she decided to spend an evening with her friends from college. She was at Lumbini Park, a famous garden in the city of Hyderabad. The gang of friends were enjoying the laser show when Mythili had a strange premonition. Something just didn't seem alright to her and she begged that they leave the place immediately. She refused to take no as an answer. Tired of her drama, they decided to go out and do as she pleased. Within moments after they left, they heard an explosion from behind. They turned around to see fumes and ashes everywhere. The bomb blast in the Lumbini Park killed around 42 people that day. The number didn't include Mythili or her friends. In her third win against death, she ended up saving a few others too.

She managed to escape death a few more times when she escaped several accidents but she soon started to feel death catching up with her. As she called it, 'She was being pulled by something very negative.'

She claimed that she was observing a lot of paranormal phenomena around her.

As crazy as it may sound, it seemed true since she was not the only one to experience the negativity surrounding her. Many friends and colleagues received negative vibrations at her home, advised her to relocate but she ignored their suggestions.

Six years later, she did not live in Hyderabad anymore. She had found a job in Trivandrum, a city in the state of Kerala, where she moved in along with her mother and daughter. But as destiny had it, she had to come back to Hyderabad for a job-related work. This is where things turned sour. She unexpectedly fell sick collapsed right outside the railway station. She was taken to the hospital and was diagnosed with jaundice. She succumbed to the disease a few hours later.

She battled death since her first moment on earth, and won it several times. But death doesn't take defeat, it pulled her back into the same heaven she originally belonged to. 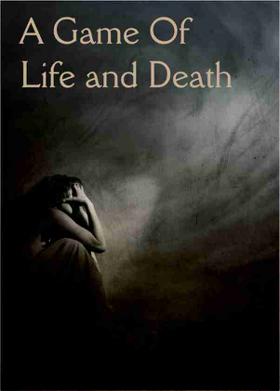