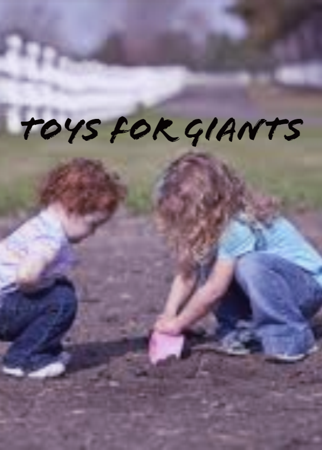 Billy was bored. One of the problems with being the only kid of his parents at their home in the planet Arcturus was that there was very little to do beyond wandering around the countryside and watching nature. He was only ten years old- and a year on Arcturus comprised 10,000 days - true, but at twenty feet height, was growing nicely and as his Dad often told him, when he was bouncing Billy on his knees, "you'll be forty feet before you know it, and looking me in the eye!".

But today he sat in the garden, not knowing what to do. He chased a few small rabbits - the largest couldn't have been more than six feet - and then asked his dog where she was, pretending not to see her eight feet length and five feet height right in front of him and driving her frantic with worry at the game. He then sat under the 100 feet tall baobab, enjoying the shade. He lazily picked up a clump of earth and looked at it.

He plucked a few blades of grass, and stuck them into the clump at irregular intervals. Then he shook the dew off the roses in the bush nearby and made sure they landed on the lump of earth in his hand. A wicked gleam came into his eye and he then fashioned a stick figure in his own shape, except it was small- barely six inches long. He stuck the figure onto a patch on the ball of earth.

There was still something missing.

And the boy might want a dog, so he added a stick figure of a dog.

And because they might need a house to live in, he decided to challenge them a bit, and picked up leaves, grass blades, dried flowers and twigs lying on the ground and stuck them all into the ball.

"Billy, where are you", he heard his mother's voice, "it's time for lunch".

He made a face, trying not to hear and worked faster, now adding in the figure of a cow here and a cat there.

"BILLY", came the voice, more authoritarian this time, "I want you here NOW!"

He sighed, and started walking towards home. As he did, he hurled the clump of earth, with grass, twigs, sticks, leaves, flowers, man, woman, child, cow, cat and dog into space.

As usual, he had misjudged his own strength, and paused for a minute to see it flying far away from the planet.

He sighed, smiled, and walked on home, he was beginning to feel hungry now.