Why Dont Girls Go To Gurukul

Why Dont Girls Go To Gurukul

Once, there lived a middle-class family. Driya was a little girl about 10 years old. one day, she was studying about the later Vedic period in her history textbook when she came across the part of the chapter where there was the position of women and about the gurukul system. she read that girls were not allowed to go to gurukul and their position also declined. she was not satisfied. She ran into the room where her grandma was knitting her a sweater. she stepped inside and told her grandma," Aaji, I want to ask you something, can I?". her grandma replied, "Of course you can. Feel free to ask me." Driya began,

"Aaji I read in my history book that in the later Vedic period, the position of women declined and they also did not go to a gurukul. why is that? we have a right to education." her grandma began laughing. Driya was confused and asked, "Aaji why are you laughing?" her grandma smiled and said, " Driya, we have the right to education now which was made only like 72 years ago but gurukuls existed so many centuries and millenniums ago. Girls do not go to a gurukul as they needed to help and do everything for their family and house. See when a new house is bought that time it is just a makaan but when a bahu or a girl who serves the house, then it becomes a ghar. Girls give birth to the next generation, every boy is also born from a girl who is his mother. If girls started going to gurukuls then what would happen to the houses and the families. Girls were eager to be educated but then their houses would have not been so maintained". Driya was fascinated but she still had one question in her mind and so she asked her grandma, "But aaji if this is the reason then why were they treated so badly by the boys?" her grandma told her, "Because the boys also cared for their families and the coming generations.". Now all of Driya's doubts had been cleared and she said to her grandma, "thank you so much aaji" her grandma smiled and said, "You welcome, come on now Driya go and study your exams are coming upright." Driya nodded her head and ran to her study room. 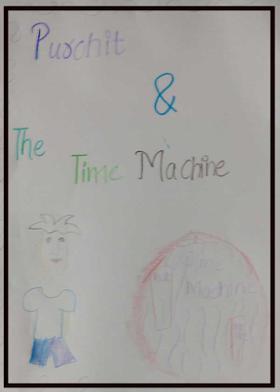