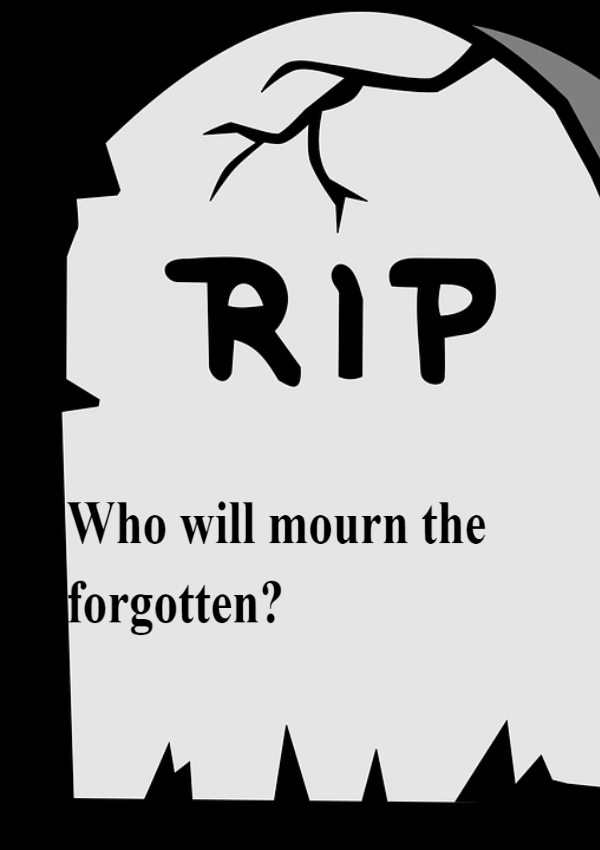 Who Will Mourn The Forgotten?

Who Will Mourn The Forgotten?

“Not all deaths are equal. There’s a caste system even in murder. The stabbing of an impoverished rickshaw-puller is nothing more than a statistic, buried in the inside pages of the newspaper. But the murder of a celebrity instantly becomes headline news. Because the rich and famous rarely get murdered. They lead five-star lives and, unless they overdose on cocaine or meet with a freak accident, generally die a five-star death at a nice grey age, having augmented both lineage and lucre.”

These remarkable apt observations couldn’t be more relevant in the present scenario wherein the nation enters the third phase of the lockdown in the fight against the Covid-19 while simultaneously coming to terms with the demise of veteran actors, Irrfan, and Rishi Kapoor.

At the outset, a small caveat. The purpose of this piece is not to belittle any person’s death. On the contrary, the disproportionate amount of publicity a celebrity’s death receives seems to suggest that the press has forgotten that mourning is a private affair, and the near-and-dear ones of the deceased would want some peace from the relentless media onslaught that they are otherwise subjected to, at least on such solemn occasions. This raises some serious concerns about journalistic ethics as they stand today.

Getting the basics right

However, the larger question arising is that of misplaced priorities which are best understood in the context of Maslow’s Hierarchy of Needs. According to this theory propounded by Abraham Maslow in 1943, the needs of every human being can be graded according to their importance with the most fundamental and pressing needs at the bottom while the less crucial ones follow them successively to the top of the pyramid, which is often used to pictorially represent this theory. Food, clothing, shelter, and other essentials without which no person can survive are understandably at the base of this pyramid while other requirements such as safety, belongingness, and self-esteem lie above. Maslow’s view is that the needs at a lower level must be satisfied completely first before moving on to a higher pursuit. Thus a man is not going to worry about self-esteem and belongingness if lack of physiological needs and safety makes his survival itself doubtful.

No country for hungry men

So, how does all of this fit in the present scenario? As of 3rd May 2020, the total number of casualties in India due to Covid-19 is 1301. But this is excluding a large number of incidental deaths, mostly from the weaker sections of society. As Shivam Vij has written in his article, as of 13th April, when the lockdown was its stringent worst, around 200 people had died on account of exhaustion, hunger, denial of medical care, suicides due to lack of food and livelihood, and other such lockdown related causes. However, none of this was considered important enough to feature on prime-time news.

And what makes all this truly saddening is that, though we may not realize it, these are the very people on whom we are dependent for our survival. Think about it. Would you have food your plate if it were not for the farmer who was unable to sell his produce in the market due to the lockdown? Would you have a roof over your head if it were not for the construction worker who slaved away in the sweltering heat but is today stranded somewhere in another state, miles away from his home? The maximum number of casualties may have been from the financially weaker sections of society but apart from the members of the household, few will mourn their passing.

On the other hand, the mere retirement of a cricketer sent thousands of fans into a frenzy. An estimated 2.5 billion people across the globe tuned in to watch the funeral of a member of the British royal family who died in a car accident. The imprisonment of a religious leader leads to widespread riots across the state. Yet, how many of them made a material contribution to our lives? After all, entertainment, recreation, and spirituality lie at the apex of Maslow’s pyramid under the category of “self-actualization”. Shouldn’t we be more thankful to those who are responsible for providing us roti, kapda and makaan, i.e. the basic necessities of life which constitute the foundation of Maslow’s pyramid; the poor, voiceless, people whose death will be dismissed as a stray incident, as mere collateral damage in the war against Coronavirus?

At the cost of repetition, it must be stated that I do not wish to deride or cast aspersions on the death or achievements of any public figure. If you are an admirer of their talent, craft, or oeuvre, you have every right to be so. But at the same time, we must also give respect to millions of others who are toiling away in poverty-stricken anonymity, doing their bit to make this world a better place. They too deserve our respect. In fact, the Supreme Court of India in a 2002 case rightly held that even a homeless man is entitled to a decent burial reaffirming that even in death justice must prevail. But these few instances are mere specks of dust in the sands of time as the dream of a better life remains a chimera for the poor, something that can be hoped for but never achieved. And in all likelihood, a TRP-driven media and the hypocrisy of the bourgeoisie will ensure that the curse of inequality will continue to haunt the downtrodden, even as they leave for their heavenly abode. 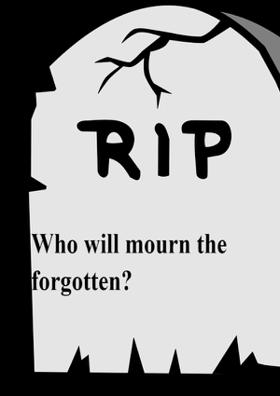