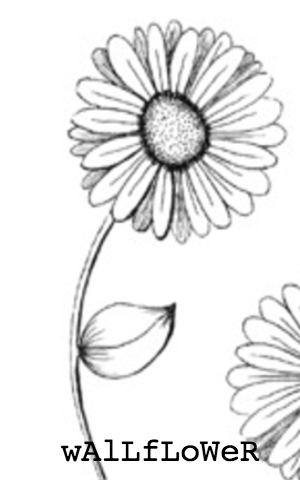 Hey, I am Isabella and I am like a wallflower, nobody notices me, and even if they do they pretend they didn’t. But there are some perks of being a wallflower not many as I would like to think.

Most of the time I pretend that everything is okay. But is everything okay? I don’t even know. Sometimes I do cry myself to bed and make a promise with myself to be an extrovert and start communicating, it is not that easy that one can become an extrovert or even an introvert.

One time after school I was annoyed by myself and again I made the promise but this time I have to make it work, it has to work. if it doesn’t, I think my life will be ruined or more than it is now.

So a new day gave rise to a new sun and rays that touched me, gave to me new confidence. sometimes I used to think or still think that I m very confident but only with my close friends like Finn, Noah, Emily, jane, and some more but then the reality hits with a shot of singleness.

“Its a new day and a new me” as I was thinking when I entered the school campus.

I was saying good morning to everyone but those damn teenagers always on their phones. So I went to my first class and this time I was proactive, even asking for questions to teachers that didn’t make any sense but I just did to get mere attention of people so that I can stop being a shitty wallflower(ah! I hate it)

Then also at lunch, I tried to sit with the cheerleaders but man I hate them cause they called me everything deep down I knew I was but never wanted to agree with and from especially from those plastic cheerleaders, what the heck do they think and them being pretty and having famous boyfriends makes them the queen..they also should have a brain for it, which none of them do.

I told this to my close friends and because of their consoling I was fine for a period but then I was like “that’s it I won’t let shitty people get ahead of me” and then days were going good, I had made some new friends which were amazing.

Then at the calculus class I met this boy named Henri, he was perfect, as the guy of my dreams, smart, funny, kind and handsome and most importantly, he was famous.

So we started talking, and more talking... I was waiting for when he would ask me on a date and he finally did. I was very happy, we went on a date to a fancy restaurant and one of my favorite ones.it was so fun, he was so fun.then like a fire raging through a forest everybody found out about us and it didn’t matter to us because we were crazy about each other. we were so happy with each other, but not some people around me

Especially those plastics, man I hate them. They always used to be bitchy towards me, and then ofc I was too.

And through the rush of being an extrovert, being famous, a person everybody knows, I thought I was using him and I was, I was angry at myself, not only because of Henri, but also Noah, Finn, Emily, and jade. we were not friends anymore because they now thought that I was bitch and wanted to be someone I was not and they were right.

So I decided to tell Henri, Noah, Finn, Emily, and Jade everything and hoped that if they loved me they would stick by me

So I did, first to Noah and others, I explained to them everything and they accepted this broken friend of theirs, I knew that they loved me.

But then came the hardest part, talking to Henri about this. I talked and he listened.

He was very happy because I told him the truth.and then he just asked one question “Do you love me?” and I said “ofc I do” and then he said that is what was important to him and told me not be someone I never was and never will

Then I went back to my normal life. life of being a wallflower where nobody was jealous of me and where I can be who I am. Just one thing was different I had Henri and all my friends beside me.

So this was me isabella, a wallflower. 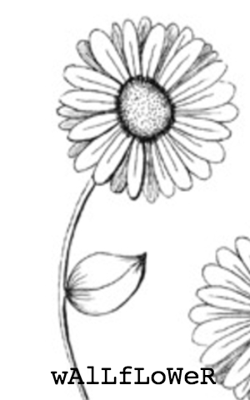