In a forest glade, by the side of River Ganges, high on the mountains there lived about eighty thousand monkeys along with their giant monkey king. And by the side of the clear gushing water stood a tall shady tree bearing big beautiful juicy golden fruits commonly called mangoes.

All the monkeys just loved these mangoes and ate them off almost as soon as they had ripened. Which was a very good thing as their wise giant king had warned them not to let a single juicy fruit fall into the river? Because of the current carried even one of these fruits down the river to the land where the men lived, they would surely come in search of this delicious fruit and destroy the peace in the land of the monkeys.

It so happened that a branch of this tree hung low over the river and a mango that was hidden behind an ant's nest ripened and fell off without anyone's knowledge. It was taken down south by the rapid flow of the river and reached the city of Benaras.

One fine morning when King Brahmadutta of Benaras was bathing in the river between two nets, a couple of fishermen found a bright golden fruit caught in the mesh of the net. Very excited they took it to show the King. The King examined the fruit carefully and asked where it had come from and what it was called. The fishermen did not know much about it but guessed that it must have flowed down the river from the valleys of the far-flung Himalayas.

He then asked them to cut the mango and tasted a slice. It was simply delicious. He shared the rest of it with his ministers and Queen who loved its divine flavor. 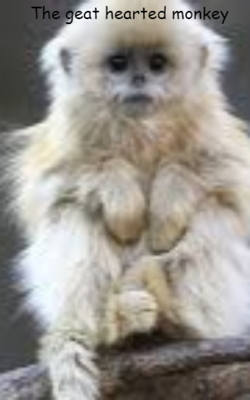