That’s OK. I have lived a wonderful life. You shouldn’t worry, really.

Also, we all start dying the moment we are born, so I guess that it is all okay.

I had this urge. This primal, strong, unflinching urge- to prove that I was a square peg in a round hole.

It all began, when I wrote poems for my future spouse during our courtship. This is the first time I wrote anything creative for anyone- after school. I like to think that I spouted practical and achievable poetry therein. In hindsight, it left a big hole in our pockets. More importantly, I felt a feeling of déjà vu when all the things that I wrote- whether good or bad happened.

To cut a long story short, Typing doesn’t quite cut it. Writing has to be an actual pen or pencil to paper. What I write cannot influence anybody’s free will or hurt others. Fantastical elements remain locked in the mind’s realm. They just can’t come to reality. Imagine how preposterous it sounds if creatures like goblins and fairies actually existed on our planet. Darwin would roll over multiple times in his grave and dig himself another six feet under! The entire fabric of life cannot change with my writing. Maybe, the entire universe conspires to bring to reality what I write- into my own destiny. When I write to change tangible things around me. When I write to either possess actual things or achievable mental milestones that my brain can possibly achieve. I hope you get the drift?

But then as they say, nothing in life comes easy.

One fine morning I wrote down on paper- ‘I will achieve great success as an author, by writing thrillers with elaborate plots. And on and on like the Energiser Rabbit.’

Believe you me; I did put in hard work into this labour of love. This was going to be my magnum opus… until I wrote down something else on paper again. I used a spreadsheet to give a structure to my story and burnt the midnight lamp over many days to craft it all out. By the end of it all, I was pretty impressed with myself.

It passed the muster of the editorial panel at a leading publication house, despite having highlights running through and through and post-its stuck on it like the quills on a porcupine.

Once it had passed this trial by fire, the critics had a field day. I wanted my debut novel to garner eyeballs and attention. But this critical infamy was as harrowing as climbing Mount Everest without ropes and tackles.

I prayed for deliverance and wrote in my notebook to make this attention munificent.

Overnight, a bushel full of praise by one leading critic broke the dam that was holding back the critical acclaim. Suddenly I was in the big league.

Do you know what it is like to have a stalker?

That too one who is obsessed with you, never takes no for an answer, is genius level intelligent and thinks that having a relationship with you is his/her raison de etre?

Welcome to my world!

Ryan first made contact with me at one of my promotional events. He told me how much he admired my protagonist and how much the character paralleled his life. Apart from asking me incessantly what would happen to the titular character in the sequel he attached himself to my life, like a limpet. He would follow me from event to event, initially. Later, while taking a morning jog or looking out of the apartment block at night, he would be seen waiting in his car, the glow of a cigarette marking his presence. Approaching him would only send him scurrying away. I thought of complaining to the police but then the attention seemed to be harmless. I should have complained.

Ryan had kidnapped me. While returning from office one night, I had removed a sticky pamphlet from the windshield of my car. Next I knew, I sprawled out languidly onto the front seats. I woke up in the trunk of a car, hands tied behind my back, a black cloth bag loosely tied around my head, my mouth taped shut. The intermingled smell of petrol and old rubber redolent in the air.

Hands reached in and dragged me out onto a trolley and conveyed me to a king sized cotton bed. I dozed off and awoke when the sun seeped through the closed blinds of the room. My limbs were free and the cloth bag, tape had been removed. My leg had been shackled to an iron hoop on the wall with a strong stainless steel chain. An old fashioned electric type-writer sat on a simple plastic table with a sheaf of A4 size papers beside it.

There were no clocks in the room. The bed was clean and comfortable. The chair beside the table was an ergonomic, plastic office chair. There were energy bars and other assorted snacks on the table.

It looked like a posh hotel room to me, but for all intents and purposes it was a gilded cage.

In strode Ryan, beaming, with a tray of freshly cooked food. By the looks of it, this guy had researched my favorites well. He produced a simple analog watch and said-“I know that you like to pace your writings. This is for the same. Write the sequel to the novel. You may use the typewriter to complete your outline and manuscript. No pen or pencils- you may only hurt yourself. I will let you go only after you finish the sequel.” He grinned, setting the tray and the watch on the table before beating a retreat. I stood up and tried to reach him, but he flicked a small switch in his hand and electricity from a taser travelled up my leg and stopped me in my tracks. “Come now, do you think your greatest fan, to be so dumb?” He cackled and closed the door behind him.

Sprawled out on the floor, rather than fear all I could do was wonder-‘What else did he know about me?’

I had complied dutifully with Ryan’s instructions since then. I repeatedly requested him to provide me with at-least a pencil for annotations. He had finally but reluctantly agreed, only a day before.

To his credit, he had kept from reading the manuscript for all these days. He had wanted to end the suspense only at the end when the manuscript was complete. It already was but I had held out from telling him, until he had given me the pencil. My plan now was ready to be put into motion.

Ryan never told me his story. But, if he loved my protagonist, and having observed him, I had a fair idea about who he really was. He was insecure, of-course mentally unstable and extremely intelligent. His passion was manic and despite his control, ‘curiosity would kill this cat’.

It was time to take a leap of faith and write the final plan down.

Ryan used to come to me every day. Ostensibly, to give me meals, but also to see whether I was busy pecking away at the type-writer or not. Today was no different. I indicated the tome to him and told him that the manuscript was ready. He looked at it avidly, his eyes glowing with anticipation. It now needed to proceed like clock-work.

He picked up the typed draft and I observed him carefully as he walked to the door. I knew that time was running out but suppressed the urge to check my watch. I took a deep breath and started counting in reverse under my breath. "Ten, nine, eight, seven..."

Ryan turned around and said- “So, what happens next? After this sequel? Have you thought of something?”

This is what I had been waiting for.

“Come to me, I shall whisper it in your ear. Never know when walls can grow ears, eh?” I said conspiratorially.

Ryan licked his lips, his brows furrowed, mulling things over.

Finally, he started moving towards me, hurriedly, his finger on the switch.

When he came within grabbing distance, I feigned a move with my left hand and latched the taser unit (that I had pried out with the help of the lever from the type-writer) onto Ryan’s blind side.

His instinctive reaction was to press the button.

Electricity surged through him.

I jumped up and searched his pockets, palming the lighter and the key to my shackle.

I picked up the taser switch and depressed it again, by keeping the typewriter over it.

After unlocking myself; using the lighter, I set fire to the manuscript which had tumbled onto the floor. I left it beside the curtain that nestled it.

Whistling, I left Ryan to wear away the continuous electric charge, picked up another copy of the manuscript, I had prepared, from beside my bed and sauntered out of the room.

Picking up the car keys besides the front door, I patted the handwritten note kept in my trouser pocket.

It read: ‘My next manuscript will burn the house down, with me singing all the way to the bank.’

So, you see, the ‘me’ that I had known for the last twenty-six years is dying.

I am now becoming someone else entirely. A new person. A new power.

I wonder what I should write next.

Perhaps something with you in it? 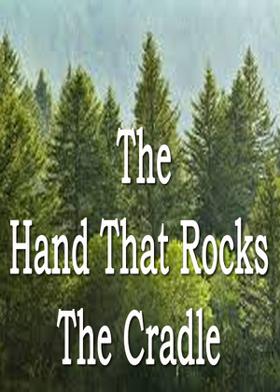 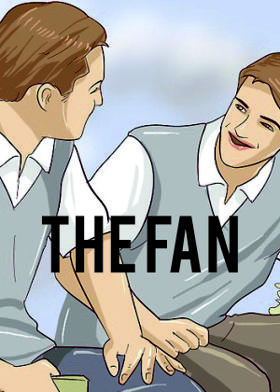